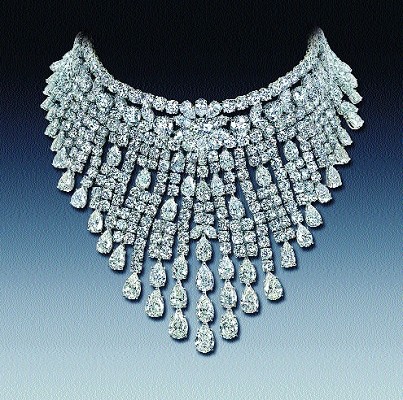 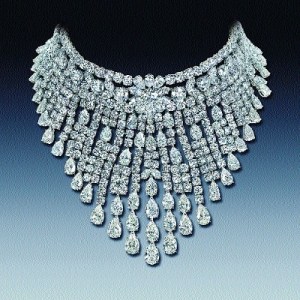 While cruising the Mediterranean on his yacht last summer, an American businessman had the urge to purchase some jewels for his companion. He knew exactly whom to call. The next day, renowned diamond merchant Laurence Graff, with $150 million worth of diamond jewelry in hand, flew on his private jet, boarded his own yacht, and rendezvoused with his client on an isolated stretch of sea between Italy and France. “This man was obviously in the mood to buy, and I am always in the mood to sell,” says Graff, who sold what he describes as “three of the most spectacular diamonds in the world” that day.

Over the past 30 years, Graff has sold diamonds to royalty, businessmen, and socialites. His greatest client coup, however, was when the late Harry Oppenheimer, patriarch of the DeBeers family, purchased diamond jewelry from Graff as a gift for his wife’s 80th birthday.

Graff is known throughout the close-knit diamond trade as a daring businessman who never turns away a beautiful stone—regardless of its price. While even the grandest jewelry houses are reluctant to own a large assortment of multimillion-dollar diamonds, Graff relishes his high-risk acquisitions. He is perhaps the only jeweler with the nerve to offer a pair of pear-shaped diamond drop earrings weighing 50 carats each and worth about $15 million, as well as a variety of diamond solitaires each weighing upward of 50 carats.

Graff is one of a select group of worldwide diamond merchants known as siteholders, who buy directly from DeBeers, which gives him access to some of the world’s most exceptional stones. Moreover, his reputation as an audacious buyer attracts numerous independent miners, also known as diggers, from South Africa and Brazil.

Thousands of carats of rough diamonds are cut and polished monthly in Graff’s South African facility, which is one of the largest of its kind in the world. Most of the stones are sold within the trade to jewelers, but the best are reserved for Graff’s signature boutiques in London, Monte Carlo, New York, and Dubai. New stores are slated to open this year in Moscow and on the residential ship The World of ResidenSea. An aggressive retail expansion plan calls for a dozen new stores to open in the near future.

Graff’s proclivity for the diamond business began at age 14, when he started an apprenticeship in London’s diamond district. Though he was trained as a jewelry maker, it became clear that he was more adept at buying and selling diamonds. As he grew older, the stones grew bigger. In 1973, he took his jewelry manufacturing company public on the British Stock Exchange and raised the capital to open his first store in London. Soon after, however, the fiercely independent Graff decided that he did not want his company’s stock value to fluctuate with the whims of the financial market, and he bought it back.

Such bold business tactics, as well as his charming manner, have led industry insiders to compare him to the late, great Harry Winston. “Graff has many of the attributes that were associated with Winston: courage, a great eye for stones, a good negotiator, and charisma,” says William Boyajian, president of the Gemological Institute of America. “As a first-generation jeweler, it’s hard to break into this business and achieve what Graff has been able to accomplish.”