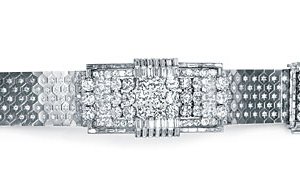 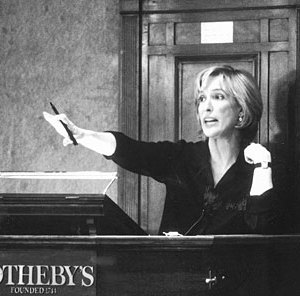 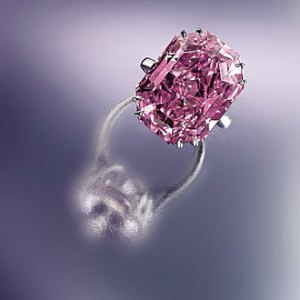 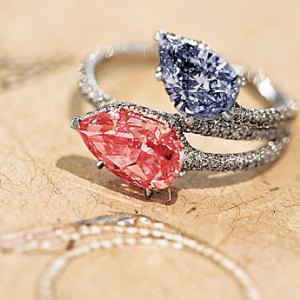 At the sale of actress Ellen Barkin’s jewelry collection last October at Christie’s in New York, the overflow crowd in the auction room barely could keep track of the blistering-paced—and unforeseen—bidding war that erupted over a ring set with a relatively ordinary 22-carat diamond. When the auctioneer slammed his hammer, indicating the final sale, the audience applauded the victor. Designed by Joel A. Rosenthal, also known as JAR, the piece sold for $1.8 million, well beyond the estimate of $800,000 to $1.2 million. Even François Curiel, Christie’s vice chairman and a seasoned auctioneer, was astonished. “The diamond was not particularly unusual,” he says, “but in a JAR mounting, it is considered like a work of art—it became JAR-ized.”

Considered one of today’s most talented jewelry designers, the elusive 63-year-old American-born Rosenthal sells to his selected group of patrons in his by-appointment salon in Paris. He creates only about 60 pieces per year, so when one appears in an auction catalog, it attracts plenty of attention and draws a premium price. Sotheby’s and Christie’s, which for most of the last two centuries primarily sold vintage estate pieces, now seek pieces from contemporary masters such as JAR and commission special pieces for sales. These auctions are generating significant revenues for the houses. Even before the 2006 holiday season, Christie’s reported year-to-date worldwide jewelry sales of $321.3 million, up from $287.7 million in 2005. With jewelry sales of $108.6 million last year, before its December 2006 auction, Sotheby’s saw its strongest jewelry proceeds in a decade.

The auction houses first broke from tradition about 10 years ago, when they started targeting their sales directly to consumers rather than to industry dealers, who were becoming increasingly unable to afford escalating prices. Today, next to grandmother’s brooches, you are likely to find avant-garde designs by Swiss brand de Grisogono, metal artist Daniel Brush, and California jeweler Martin Katz. Aside from expanding the scope of their offerings, auction houses are fulfilling custom design requests and tracking down particular hard-to-find stones.

“If I just kept selling Victorian and Art Deco jewelry, I wouldn’t be in this business today,” says Curiel. The 37-year Christie’s veteran observes a growing demand for contemporary design across all the categories in which the auction house deals, from furniture to paintings. In response, Christie’s offers new creations from—in addition to the aforementioned designers—Hong Kong’s Michelle Ong, Bombay’s Viren Bhagat, and Parisian Lorenz Bäumer, all of whom otherwise sell almost exclusively through their own ateliers. At the house’s first jewelry auction in Dubai in January, Curiel says, half the lots consisted of new designer pieces.

These developments, say the houses, are a response to more than just changing tastes; they reflect a shift in the prevailing attitude toward jewelry. “There has been a change of lifestyle, and the formal jewelry designs of the ’40s and ’50s, or ball-gown jewels, simply don’t work anymore,” explains Lisa Hubbard, Sotheby’s chairman for Jewelry, North and South Americas. “A diamond bib necklace doesn’t fit into today’s more casual lifestyle.”

For Sotheby’s auctions, Hubbard finds creations from designers whose jewelry is exquisite but not widely distributed, and she commissions prestige jewelers—such as Chanel, Christian Dior, and Verdura—to fashion special pieces. At the Sotheby’s sale in October, Hubbard presented a floral brooch featuring a 28-carat cabochon sapphire surrounded by large, faceted, rose quartz petals, among other designs by Italian Michele della Valle, whom she favors for his “creative and fun” style.

Ball-gown jewels may have gone out of style, says Hubbard, but Sotheby’s clients remain as discriminating as ever. To further cultivate its collector base, Sotheby’s has been educating and exposing clients to extremely rare gemstones—including green and red diamonds—at special events and in private sales.

In late 2005, Sotheby’s launched Sotheby’s Diamonds, a collection of modern designs produced through a partnership with Steinmetz Diamond Group. To bring an edgy, contemporary aesthetic to its pieces, the new brand enlisted James de Givenchy, the designer behind New York’s Taffin jewelry atelier. “These are important diamonds in a whimsical, interesting style,” says Patti Wong, chairman of Sotheby’s Diamonds, which operates a retail salon at Sotheby’s New York headquarters. Next year, the company plans to open similar shops at Sotheby’s locations in London and Hong Kong. “People are looking for jewelry they can wear all the time—not special-occasion pieces,” says Wong. The James de Givenchy collection, which debuted in November, features 15 unique pieces incorporating rare colored diamonds and white diamonds set on black rubber cord. However, Sotheby’s Diamonds continues to offer more traditional designs that showcase spectacular stones, such as a newly finished pair of $4 million earrings set with matching 17-carat D-flawless diamonds.

The earrings and similarly extraordinary pieces notwithstanding, de Givenchy believes the demand is greatest for jewelry that incorporates a wealth of creativity along with high-quality and rare gems. “People are interested in design, not simply the size of the rock or the color or clarity of the diamond,” he explains. “I want to make women look chic.” One of his favorite Sotheby’s creations consists of 16 large round diamonds connected by interlocking black rubber hoops in a necklace that cascades down the décolletage. “It has a classic feel,” he says, “but it’s a little kinky.”

Whether you want such au courant designs, vintage rarities, or loose stones, the auction houses employ teams of jewelry experts to offer advice on acquisitions. Hubbard, a high-energy blonde who joined Sotheby’s 30 years ago, consults with clients worldwide. She notes, with amusement, that the most impressive collections typically involve the input of a man. “The pleasure comes from a collaborative effort, as in the case of the duke and duchess of Windsor, who both loved jewelry,” she says. “If the man loves jewelry, then he’s willing to pay the price to acquire rare and unusual pieces.”

Hubbard equates jewelry with fine art, the foundation of the auction business. “All art does not hang on walls,” she asserts. “Jewelry is the most personal of the decorative arts, and we will continue to see its value rise at auction.” In her three decades at Sotheby’s, she has witnessed skyrocketing prices for special, signed designs, such as Cartier’s colorful carved gemstone Tutti Frutti designs produced during the 1920s. The Tutti Frutti bracelets sold in the $40,000 range in the 1970s; prices jumped to more than $100,000 during the ’80s; then in the ’90s, pieces sold for $250,000. In 1991, at the Daisy Fellowes auction at Sotheby’s Geneva, a Tutti Frutti suite comprising a necklace and earrings sold for more than $2.6 million. “Like great paintings, there are a limited number of great jewels by designers at their peak,” Hubbard says. “The Tutti Frutti design is the Impressionist painting of jewels. It’s Mogul jewelry reinterpreted for the Western audience.”

But as witnessed at the Barkin sale, which generated more than $20 million, even unremarkable pieces can take on added allure amid the rushed, competitive bidding process, which often drives buyers to overpay. “My advice is to do your homework before you start buying at auction,” says Curiel, who also serves as Christie’s jewelry auctioneer. He explains that clients can preview and try on the hundreds of jewels that will go on the block for any given sale. “It’s all transparent. View the jewels, see the estimates, and find out what pieces actually sell for; then be guided by what you love,” he says. “Jewelry should be purchased for the love of someone or to please oneself, not necessarily as an investment—I would leave that to the dealers.”