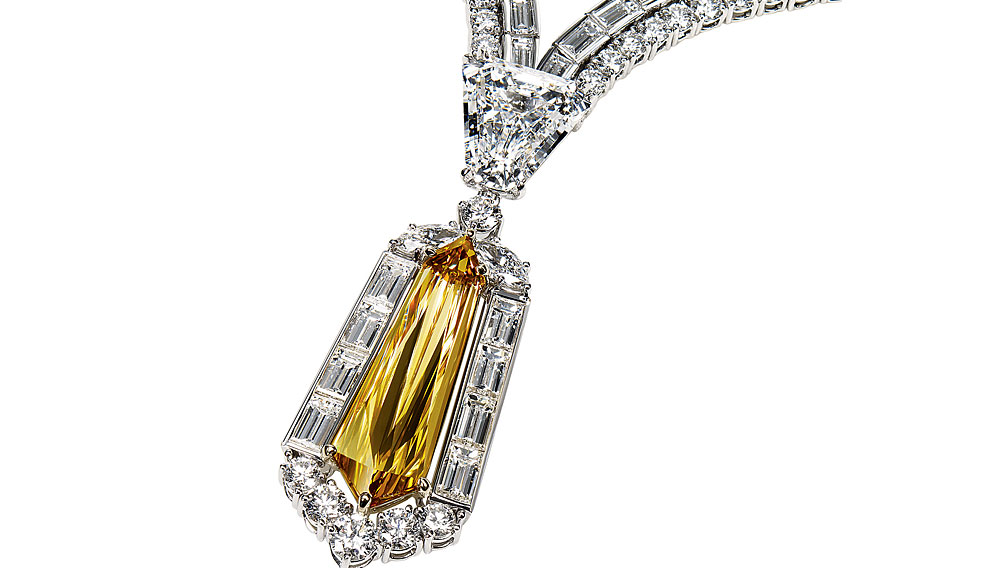 The key to the future can often be found in the past, as many of the world’s most illustrious jewelry houses demonstrate each time they open their archives in search of inspiration for new designs. Certain pieces of jewelry achieve classic status not because of their ubiquity but because of their enduring appeal to the eye and their proven power to captivate our imaginations. “All great design has a timeless quality about it, an innate sense of importance,” says Verdura CEO Ward Landrigan. With each new interpretation for each new generation of women, these signature pieces—from Verdura’s whimsical cocktail ring to Cartier’s statement cuff—continue to redefine the brands that created them.

Contemporary lines, intricate metalwork, and finishes achieved through the application of age-old Italian goldsmithing techniques make Buccellati’s jewelry instantly recognizable. Among the house’s best-known pieces is the Classic Cuff, first designed by Mario Buccellati in the 1930s. Those who have inherited one of these bracelets are fortunate: Because of the laborious workmanship involved in completing the signature pieces, they are made in limited quantities. The gold-and-diamond cuffs are hand-engraved with a burin to create alternating light and dark surfaces that resemble antique fabric. Prices from $48,000.212.308.2900, www.buccellati.com

The legendary Harry Winston’s high-profile clientele and uncanny ability to acquire significant stones made him an international sensation in the 1950s and ’60s, and ushered in a new design era that emphasized important diamonds and gemstones in sleek architectural settings. Throughout his heyday, he adorned royalty, Hollywood actresses, and the wives of America’s business tycoons with distinctive designs that today furnish many of the aesthetic cues for the new Incredibles Collection. Featuring major gems whose elegant settings hark back to the house’s golden age, the collection includes a necklace—with a 7.3-carat brown-yellow kite-shaped diamond—that was inspired by one of Winston’s creations from the ’50s. Prices upon request. 212.245.2000, www.harrywinston.com

Enchanted by a friend’s aviary filled with colorful songbirds, Fulco di Verdura in 1951 returned to his workshop and fashioned a ring in the form of a crescent-shaped cage; in lieu of birds, he placed 25 brilliantly colored stones into what became known as the Caged Ring. “You can argue the design good or bad,” says Verdura CEO Ward Landrigan. However, he adds, “You can’t argue that the ring brings about conversation, no matter the environment of the wearer.” Several variations of the whimsical ring have emerged over the years, such as an all-diamond iteration and one in a multicolor pastel palette to match a client’s flower garden. All of them—including the Caged Ring with amethyst stones, $8,450—remain coveted items for collectors. 212.758.3388, www.verdura.com

Cartier’s Trinity Ring, which comprises three interlocking bands of red, white, and yellow gold, wowed Jean Cocteau when it was unveiled in 1925. The renowned French artist, poet, and trendsetter regularly wore one—and sometimes two—Trinity Rings, and his admirers followed suit, lending the design a cultish cultural chic. The Trinity has remained one of the French jeweler’s best-selling items and is considered by many a symbol of love and commitment. To mark its centennial anniversary in the United States, the house has introduced a new series of playful Trinity designs, including a ring embedded with diamond stars and an XXL bracelet encrusted with 2,727 diamonds set in white, pink, and yellow gold. Prices upon request. 800.227.8437, www.cartier.com

Since the white camellia flower first appeared in Coco Chanel’s collection in the 1920s to offset her little-black-dress design, the bloom has served as the company’s signature emblem, ornamenting jacket collars and handbags and even serving as a watch case. Some say the designer was initially drawn to the flower after reading Alexandre Dumas’ La Dame aux Camellias, whose tragic heroine always wore the blossom as a symbol of her pure heart. Chanel Fine Jewelry adopts this motif in a series of gold-and-diamond camellias, including a $400,000 white-and-black-diamond cuff in white gold.800.550.0005, www.chanel.com

Though Laurence Graff’s reputation rests largely on his flair for acquiring some of the world’s biggest and best diamonds, his signature design—the circular Bull’s Eye drop earrings unveiled in 2001—centers not on outsize gems but on simplicity of form. Originally large, circular diamond earrings, they later evolved into what Graff called the Gypsy, a version incorporating dangling stones. The latest interpretation, called the Butterfly, includes diamonds and emeralds. Although many of his clients already own one or more of his spectacular large-stone creations, Graff’s stylized drop earrings have become the true mark of distinction among the cognoscenti. Prices upon request. 212.355.9292, www.graffdiamonds.com

Considered one of the preeminent jewelry designers of the last century, Jean Schlumberger was known for his whimsical, nature-inspired pieces, but his signature best seller is a chic, everyday enamel bangle. In bold colors with gemstone accents, the enamel bangle became a staple accessory for style icons like Jacqueline Kennedy Onassis and Babe Paley. Tiffany now offers a more elaborate variation of this much-admired 1960s design: an exquisite composition of diamonds, blue cabochon sapphires, lapis, and pailloné enamel in the shape of a lotus flower. Inspired by an archival sketch, this bangle conveys the designer’s fascination with nature. “I try to make everything look as if it were growing, uneven, at random, organic, in motion,” Schlumberger once explained. “I want to capture the irregularity of the universe. I observe nature and I find verve.” The bracelets are made by special order. Prices upon request. 800.843.3269, www.tiffany.com

In 1939, the Duke of Windsor came to designer Renée Puissant, the daughter of Alfred Van Cleef and Estelle Arpels, and requested that her family’s jewelry house create a zipper made out of baguette diamonds set in platinum for the duchess’ evening gown. In response, a sketch was made of the Zip Necklace, but the design was never commissioned. More than a decade later, Van Cleef & Arpels revisited the archival sketch, and, in 1951, the company finally made the concept a reality when it introduced this versatile necklace (when zipped, it can also be worn as a bracelet). A new variation of the complicated Zip Necklace, which remains one of the house’s most recognizable fantasy pieces, is made by special order each year. The example shown above comprises about 57 carats of diamonds set in white gold ($1,125,000).877.826.2533, www.vancleef-arpels.com

When the stylized brackets (or parentheses) that form patterns in the ancient walkways of the Roman Forum caught the attention of Nicola Bulgari, the resourceful scion of the family business developed the 1982 Parentesi Collection—one of the Italian house’s most successful—around their shape. The bold, geometric lines of the collection reflected the aesthetic of 1960s gold-and-gemstone pieces from Bulgari. In 2007, Bulgari unveiled an updated iteration of the concept, Parentesi Openworks, which featured lighter, open pieces. The most recent adaption of the motif, the Parentesi Cocktail Collection, however, takes the opposite approach, favoring larger stones—as illustrated by the Parentesi Ring in coral, diamonds, and gold ($12,900).800.285.4274, www.bulgari.com