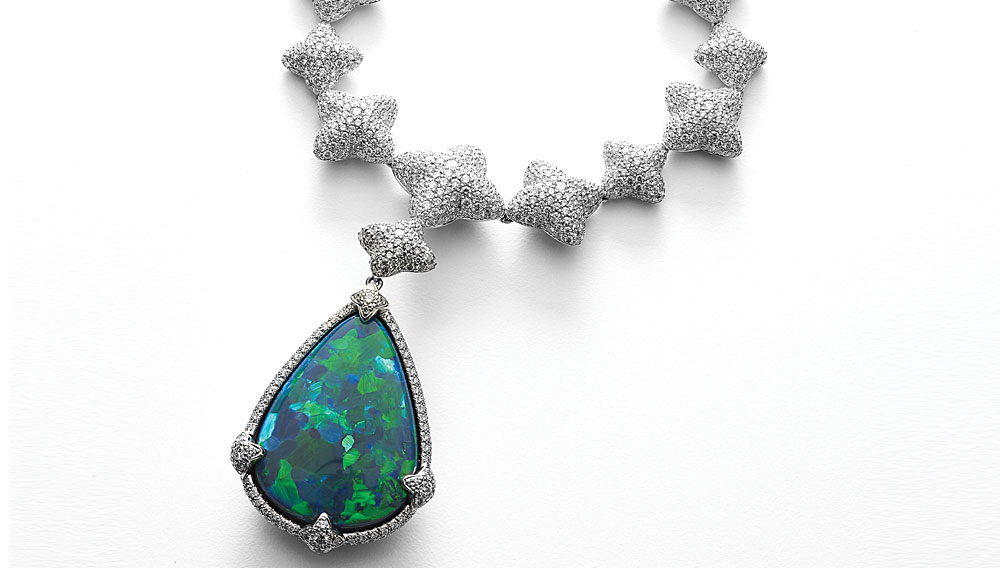 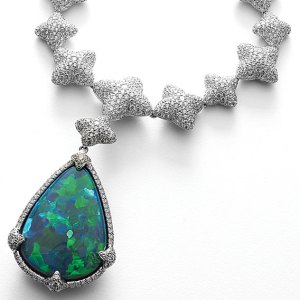 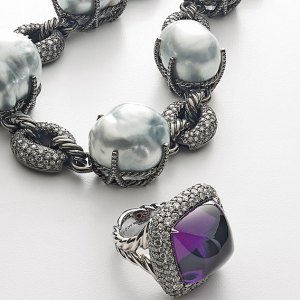 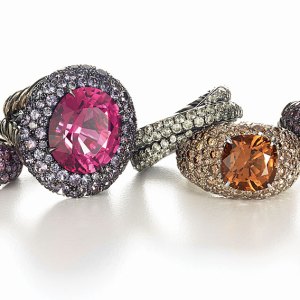 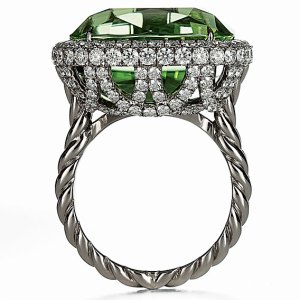 Unlike the sons of some highly successful men, 28-year-old Evan Yurman did not shy away from following in the footsteps of his father, jewelry sensation David Yurman. “Evan is passionate about a variety of things, and he has refined taste,” says the senior Yurman of his son, a connoisseur who has cultivated his interests in collectible cars, Cognac, fine wine, and even beef. “He was naturally drawn to gemstones.”

This innate attraction to gems drew Evan into his family’s business, where he learned to design men’s jewelry and watches. He was eventually given free rein to create the brand’s first Couture Collection of one-of-a-kind and limited-edition pieces of jewelry for women. The collection, according to Evan’s father, is entirely Evan’s vision. “The greatest challenge,” says Evan, “was to maintain the DNA of the brand while creating something with a new point of view.”

Rather than hire a team of specialists to track down rare or obscure gems and the most talented stonecutters, Evan performed the legwork himself, spending nearly three years cultivating relationships with some of the best international stone dealers, cutters, and model makers before finally beginning the work of forging and assembling his designs.

A family resemblance links the Couture Collection to David Yurman jewelry. Evan ties his concepts to his father’s brand through subtle use of its signature cable—the twisted silver or gold wire that has been the company’s hallmark for nearly 30 years. Yet Evan’s designs still express his own ideas. “I created the cable with a more organic and Gothic feeling,” he says, holding up a large pink rubellite ring in a cable-style setting of 18-karat white gold that resembles finely wound barbed wire. Another interpretation features large grape-size pearls that have been set on a loosely twisted, cablelike wire inspired by rose vines in a garden.

Still, Evan’s personal passion for gemstones remains the driving force behind his designs. The company has created an area exclusively for the Couture Collection on the third level of its New York store in a Madison Avenue townhouse. When he is not meeting with clients, Evan spends most of his time at his design studio in Tribeca, where he has amassed a significant collection of colorful gems that he keeps on numerous trays in a large corner safe. Most of the stones will be used in jewelry designs, while the remainder will be set aside for clients who are interested in bespoke commissions.

Evan proudly shows off his prized stones, identifying each by its country of origin and sharing his knowledge of the characteristics specific to different geographical areas. “I love Sri Lanka spinels because they’re less vibrant than other spinels, and they appear moody and mystical,” he says. “The color-change garnet from Madagascar looks green in daylight and berry-colored in dimmer light.”

Couture Collection prices start at approximately $10,000 for smaller pieces and exceed $1 million for sizable ones. One of these larger items, an elaborate pendant necklace featuring an 80-carat peridot, reminds Evan of a childhood fairy tale: For him, it evokes mystery, a sense of fantasy, and childlike wonder. “This stone is set like an amulet,” he says. “It is like a beacon of light and seems as though it could even possess magical powers.”