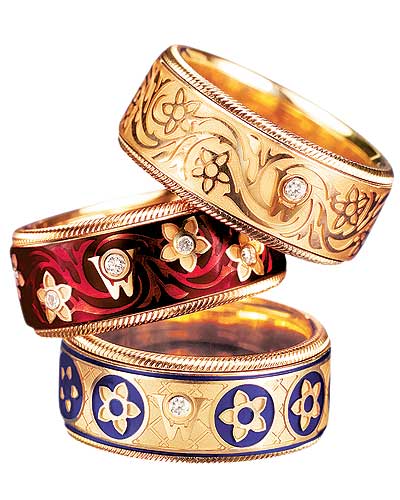 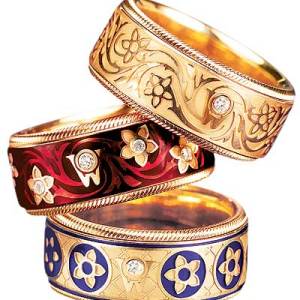 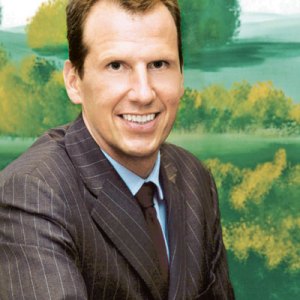 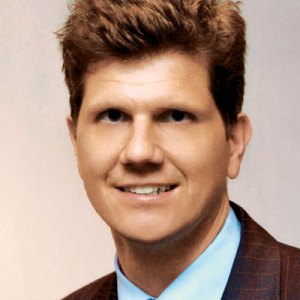 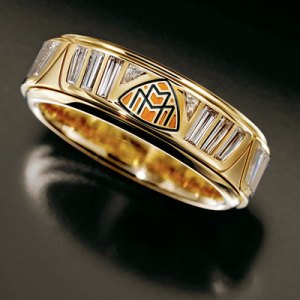 Most mornings, brothers Christoph and Georg Wellendorff walk together for about a mile along the winding, tree-lined streets of Pforzheim, Germany, to the headquarters of the Wellendorff jewelry company in the center of town. At noon, they stroll back to their respective homes to share a midday meal with their wives and young children, after which they return to work, and then walk home together again at dusk. More than just a quaint ritual, their daily routine indicates how the brothers thrive on tradition and value family. These principles are equally apparent in their business practices, particularly when they resist the temptation to diversify beyond jewelry and reject acquisition offers from fashion conglomerates in favor of operating the company as independently as the previous three generations of the family did. “The core of our business is our family,” says 40-year-old Christoph, the older, by three years, and the more gregarious of the brothers. “We enjoy our walks in the fresh air; it gives us a chance to talk and brainstorm.”

Among their recent brainstorms, presumably, were the opening of an in-store shop in Moscow’s Privilege boutique, the release of the extravagant Venus collection that features large gemstones in haute couture pieces costing as much as $500,000, and the collaboration with Mercedes-Benz to develop a limited edition collection designed around its Maybach MM logo, which dates to 1918. In typically conservative Wellendorff fashion, the family contemplated for more than a year the prospect of its first partnership before moving forward with a small collection of gold, enamel, and diamond designs that will be available this year through Maybach dealers. The two companies commemorated their alliance by unveiling a Wellendorff-edition Maybach with a gold-trimmed interior at this year’s Geneva Auto Show.

Christoph, who is in charge of the company’s sales and marketing, says that over the years the family has declined several invitations to partner with other luxury brands, but he and Georg ultimately decided Wellendorff and Mercedes-Benz/Maybach share many of the same values. “My grandfather lived during the same era and within 25 miles of Wilhelm Maybach, who positioned his product as a true, handmade automobile,” says Christoph. “They held very similar beliefs about quality.”

Distinguished by its rich enamel designs and silky gold ropes, Wellendorff jewelry serves as a subtle status symbol, indicating that the wearer prefers the timeless to the fashionable. “To be in fashion today means you are out of fashion tomorrow,” says Christoph. “We want to offer something of substance, something that will be around in 50 years.”

The Wellendorffs keep tight reins on their jewelry designs. In addition to Georg, Christoph, and their parents, Eva and Hanspeter, the brothers’ wives provide input on every new creative concept. Annually, a team presents some 3,000 sketches of proposed designs from which the family selects 300 to make into prototypes. After months of experimentation, the Wellendorffs ultimately select only 30 pieces for limited production.

Wellendorff’s designs often are personal expressions of family milestones, says Christoph, who pursued the development of enamel pieces when he became engaged 12 years ago. “Iris was 24 years old at the time, and I wanted to present her with youthful yet sophisticated jewelry,” he explains. Although his father was reluctant to do so, Christoph urged him to experiment with colorful enamel, which eventually became a brand signature. Each year, the Wellendorffs now choose a motif for a limited collection of enamel rings. For 2005, Georg proposed a solar theme. “The sun symbolizes life, warmth, and energy,” says Christoph. “It’s a positive symbol.” Nine years ago, when his wife was pregnant with their son Alexander, Christoph conceived the Magic eternity ring to express his love for his wife and his excitement about becoming a father. The ring features a revolving center section made of enamel set with diamonds or other gemstone accents. “All our jewelry has to have a personal connection to give meaning to what we do,” he says.

The Wellendorff family can be traced to the 12th century, predating by 600 or more years Pforzheim’s goldsmithing heritage, which dates to 1770. At that time, the region’s ruler, the duke of Baden, sought a way to ensure the welfare of Pforzheim’s orphans. Taking into consideration his wife’s insatiable desire for gold jewelry, the duke had the orphans trained in goldsmithing, thereby cleverly solving two problems at once.

The first family goldsmith, to Christoph’s knowledge, was his great-grandfather  Ernst Alexander Wellendorff, who began making gold jewelry for European royalty and aristocracy in 1893. Over several decades, Ernst perfected his goldsmithing techniques and passed them on to his son Alexander. It was Alexander’s son, Hanspeter (the father of Christoph and Georg), who introduced the Silk Rope, the soft, supple woven gold chain with which the brand quickly became synonymous. “My mother asked my father to create a gold rope that was as soft as silk,” explains Christoph. “Initially, he said it was impossible, but my mother persisted.” After working with two master goldsmiths for two years, Hanspeter presented his wife with her golden silk rope, a design that has been a mainstay in the Wellendorff collection for the last 30 years.

The Wellendorff goldsmiths begin the proprietary process with gold ingots, which they melt down and then combine with an alloy of copper and silver to create 18-karat gold wire that bears a slightly reddish tint. They work and refine the wire until it is as fine as spun sugar. A single 18-inch necklace requires about 175 yards of gold wire. The wire for each necklace is then handwoven in a tedious technique that requires several hours, limiting production from the staff of 50 goldsmiths that the company employs to only 20 pieces per day. “We have total control over everything we make, from mixing the metals for creating our gold to handmaking and polishing every piece,” says Christoph, a trained goldsmith himself.

Such control is a Wellendorff hallmark that Christoph and Georg inherited and one that they intend to preserve for their descendants. “We have the time and liberty to grow slowly and build on our past,” says Christoph. “The only people we will have to answer to is the next generation of Wellendorffs.”