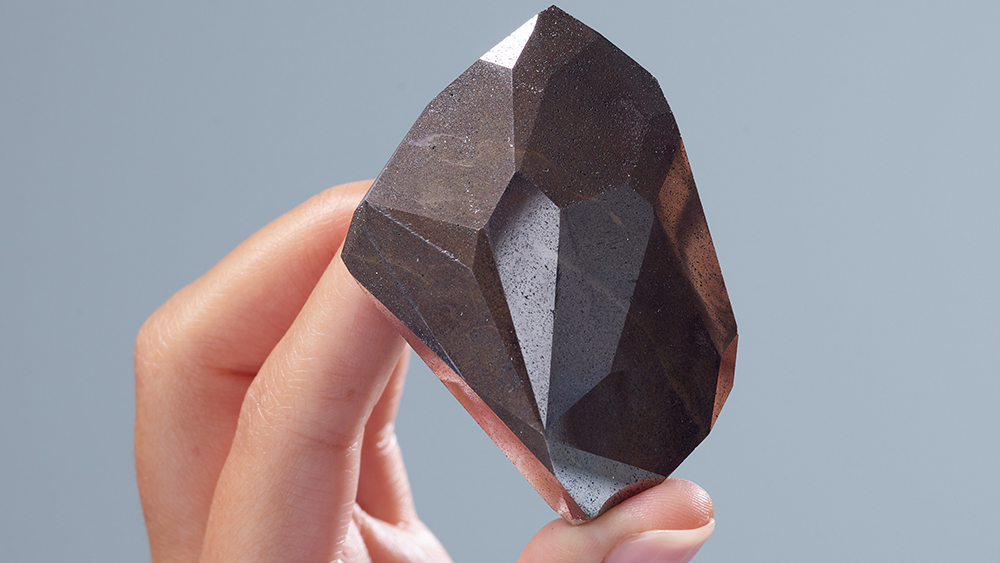 The largest faceted diamond to ever appear at auction will go under the gavel at Sotheby’s next month.

Christened the Enigma, the distinctive black diamond weighs just shy of 556 carats and reportedly hails all the way from outer space. Never before publicly exhibited or offered on the open market, the rarity will be auctioned without reserve in a dedicated sale that will run February 3–9. Sotheby’s expects the singular stone will fetch between $4.1 million and $6.8 million.

As its moniker suggests, the Enigma and its origins are shrouded in mystery, though the auction house believes it may have been created when an asteroid collided with Earth or during some other meteoric impact. A true natural phenomenon, it was recognized as the world’s largest fancy black natural color diamond by the House of Gübelin in Switzerland and the Gemological Institute of America in 2004. It was also listed in the 2006 Guinness World Records.

The Enigma is expected to fetch between $4.1 million and $6.8 million.  Sotheby's

Of course, this black beauty is about more than just size. The diamond, which contains exactly 55 facets to match the 555.55 carats, sports a unique palm-shaped silhouette inspired by the Hamsa. This Middle Eastern symbol is imbued with meaning; it represents protection, power and strength. It’s also synonymous with the number five. The Enigma’s brilliance and high polish, meanwhile, come courtesy of some highly-skilled diamond cutting.

“Much more than a jewel, the Enigma is a unique and precious object of curiosity,” Nikita Binani, jewelry specialist and head of sale at Sotheby’s London, said in a statement. “Its sale represents a once-in-a-lifetime opportunity to acquire one of the rarest, billion-year-old cosmic wonders known to humankind.”

The Enigma, which has been treasured for more than two decades by one owner, will be doing the rounds, too. Prior to the auction, the diamond will be exhibited in Dubai from now until January 20, then Los Angeles (January 24–26) and London (February 2–9).

Sotheby’s has also decided to accept cryptocurrency as a form of payment for the Enigma. It comes shortly after another sought-after 101.38-carat stone, the Key 10138 diamond, was purchased with crypto last July for a record $12.3 million. Get your digital wallet ready, folks.