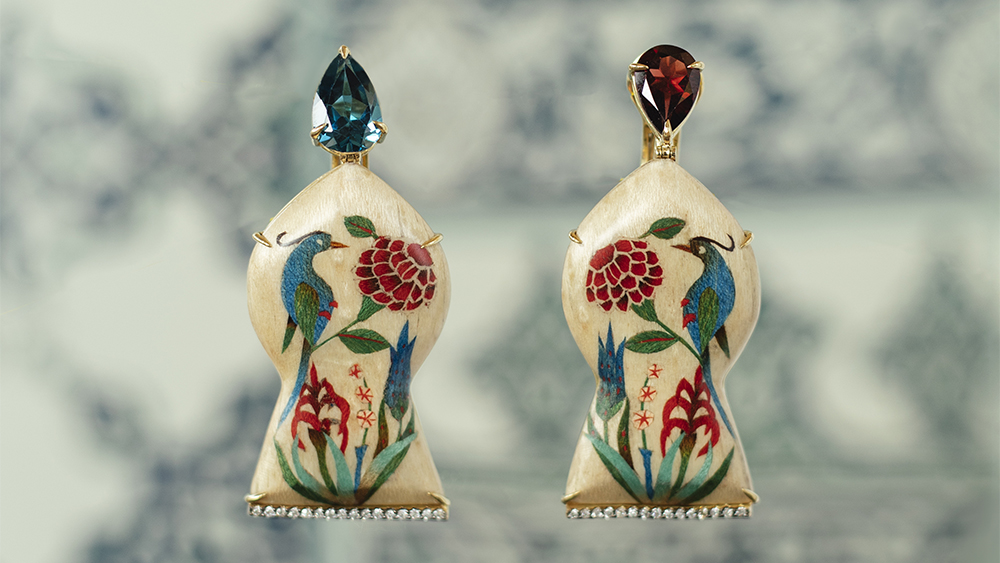 Ever since Christie’s blockbuster sale of the Al Thani collection of Mughal jewelry in 2019, Indian-inflected gems have been a hot commodity. That auction, which included exceptional Golconda diamonds and all manner of bejeweled objects from the Indian royal court, became the second highest-grossing sale of a private jewelry collection (bested by Elizabeth Taylor’s estate) and thrust the artistry of Eastern jewelry design into the spotlight. Now, to commemorate 10 years of the Metropolitan Museum of Art’s reimagined Islamic galleries, the museum’s store is offering designs from some of India’s leading contemporary jewelers as well as a trove of collectible antiques.

Doubling down on its commitment to Islamic art, the museum tapped celebrated designer and textile connoisseur Madeline Weinrib to curate a selection of modern-day craftspeople from throughout the Islamic world. Weinrib, who’s best known for her bygone carpet store and for reinvigorating Marrakech’s luxurious El Fenn, has gathered a diverse range of makers who are carrying on the centuries-old artistry displayed in the Met’s collection.

There are hand-embroidered linens by Morocco’s Al Nour, glassware by Lebanon’s Orient 499 and intricately embroidered Kashmiri style scarves among many other designs exclusive to the Met store (and, we might add, are prime for Mother’s Day gifting). But, for collectors, it’s the jewelry on offer that’s most enticing. Weinrib enlisted pieces from Jaipur’s historic Munnu Gem Palace, which has been a jeweler to India’s maharajas since the 18th century; cult designer Hanut Singh, who renders traditional Indian motifs with graphic modernity; and Brazilian designer Silvia Furmanovich’s collection of exquisite wood marquetry jewels drawing on Egyptian and Indian crafts.

Earrings by Hanut Singh and a vintage carnelian and silver ring of Middle Eastern origin.  The Metropolitan Museum, Mahnaz Collection

While a selection of the Heirloom Project’s wares are available online, the really good stuff can only be found in store. And on April 22 and 23, jewelry dealer Mahnaz Ispahani Bartos will be hosting a trunk show with a range of rare vintage and antique jewels made in or inspired various Muslim cultures. “I wouldn’t call it Muslim jewelry, per se,” Ispahani Bartos clarifies, “but certainly, the designs and stones came from an era when Muslim rulers such as the Mughals or the Ottomans ruled and set the parameters for high culture.” Her offering includes everything from silver talismans engraved with the elaborate designs of Berber, Tuareg and Turkmen peoples to a ruby and table-cut diamond ring set in typically Indian high-karat gold.

Particularly collectible, Ispahani Bartos says, are works with Indian meenakari enamel work, like a particularly stunning table-cut diamond bracelet in her collection, and “the spectacular interactions between Western jewelers such as Cartier and the great Muslim nawabs and maharajas of Indian.”

In any iteration, bejeweled or not, the Heirloom Project offers a bevy of beautiful objects that bring a bit of Mughal magnificence to the everyday.