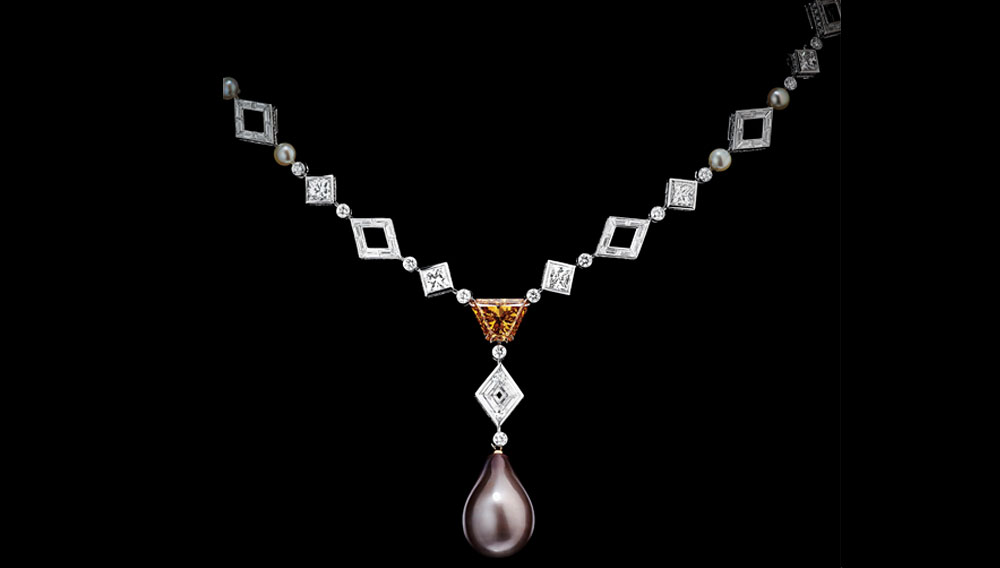 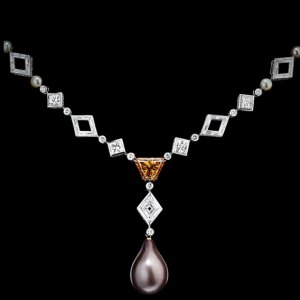 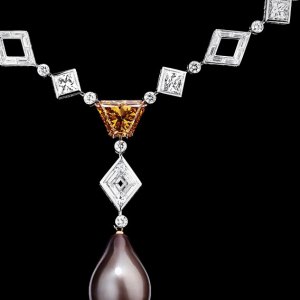 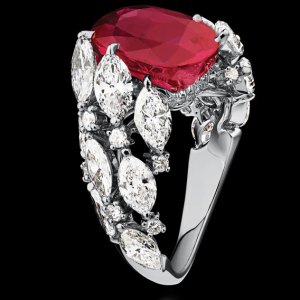 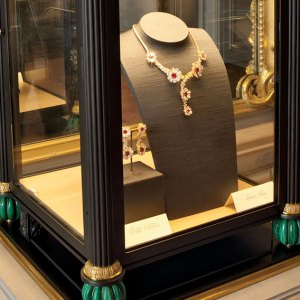 THE HOUSE THAT REZA BUILT

Four years ago, Olivier Reza left his career in finance at Lazard Ltd. to resurrect the storied jewelry salon that his father, Alexandre Reza, had established on the Place Vendôme in Paris. Alexandre is an industry legend known for his keen eye for rare gems; he bestowed upon his son more than 1,000 gemstones and finished pieces. “My father was passionate about gems and fell in love with every piece,” says the 38-year-old Reza. “Selling them was like a divorce, and that is why he still has so many pieces in the vault.”

Alexandre’s 60-year career ended about five years ago, when at age 85 he learned that he has Alzheimer’s disease. After much consideration, Reza decided not to allow his father’s legacy to vanish. He spent a few years researching and crafting his own jewelry designs, and in June he reopened the grand salon at 21 Place Vendôme. Incorporating his father’s extraordinary stones, Reza’s creations are now displayed alongside original Alexandre Reza jewelry. Prices start at $64,000 and reach into the millions.

Alexandre Reza was not known for a singular style; his reputation rested on his ability to forge each piece around a unique gemstone. In keeping with that spirit, his son organized his own series of designs around one rule: “I want every piece to have a wow factor.” He is delivering on that promise with such offerings as a 7.03-carat, unheated Burmese-ruby ring, and a necklace that features a large natural gray pearl and a 3.76-carat orange diamond. These important jewels more than affirm that the Reza legacy was well worth saving.

When a couple came to Temple St. Clair Carr seeking a large Kashmir sapphire, the New York jewelry designer was motivated by the challenge. Such stones are rare finds, but with 25 years in the business, Carr has a vast network of international gem dealers to draw on. After an exhaustive two-month search, she presented the couple with a spectacular 10-carat stone. Working closely with the wife, she designed a sleek platinum setting that reflected the woman’s style, and then she oversaw production of the $325,000 ring in New York.

“I enjoy working one-on-one with my clients,” says Carr, who owns the Temple St. Clair studio. She is known for classic gold jewelry, beautiful colored gemstones, and designs that are usually forged by artisans in Florence, Italy. In the past, she has only occasionally taken commissions, but this year she is emphasizing the bespoke segment of her business. The process begins with a visit to the studio in the SoHo neighborhood, where she keeps a treasure trove of gems.

Carr finds gratification in collaborating with clients who want to invest in quality, collectible stones—and who push her to seek out unusual gems she would not otherwise include in her designs. She works with stones priced as low as $20,000 and as high as $1 million, though most of her commissions range from $50,000 to $250,000. “My customers usually have some knowledge of gemstones, and they want to know more about what they are buying,” she explains. Like an art advisor, Carr serves as a guide to customers who want her advice on buying stones; yet her considerable expertise in this regard is matched or even surpassed by her ability to conceptualize the settings.

When snakes began to appear in Wendy Yue’s dreams, she took it as sign that the creatures should play a role in her exotic jewelry designs. For fall, the Hong Kong–based designer, who established her business in 2008, has introduced diamond-studded snakes slithering around carved coral and jade flowers, as well as other pieces that feature bats, birds, and bugs. Rather than portray animals and flowers as fanciful forms, Yue renders them in big, dramatic, darkened 18-karat-gold pieces imbued with a hint of danger.

“I see stones as something figurative,” says Yue, who is stirred by the color and texture of large, rough gems. Each one-of-a-kind piece begins with a sketch; the stones are then carved in China before Yue sets them with gemstones. Prices range from $5,000 for a brown-diamond-and-sapphire ring to about $75,000 for a large cuff of carved jade and jewels. Her most recent line features unusual elements like carved antique lava, as well as agate, coral, and green and lavender jade, set in bold designs with intricate details. Among her favorites is an antique-lava cuff carved to form a jeweled Medusa’s head. “There is always an element of fantasy in my designs,” Yue says. “When I saw the lava stone, I thought of Medusa’s hair; the vision just appeared.”

For nearly 30 years, Maria Canale has designed jewelry for such high-profile brands as Tiffany & Co. and Harry Winston. Now she has finally put her own name on a collection of stylish diamond jewelry. “It was the first time I was able to design without any restraint in terms of price or design,” Canale says. Her pieces are created with Forevermark diamonds, the De Beers–mined stones that are inscribed with serial numbers invisible to the naked eye, allowing the buyer to trace the origin and affirm the quality of the diamonds. The Maria Canale Forevermark Collection, available at select Neiman Marcus stores, was developed in collaboration with Diarough, an Antwerp-based diamond supplier that buys directly from De Beers and has a large cache of stones.

Canale brings her Art Deco aesthetic to a range of intricate diamond designs, but she saves the biggest stones for the Bespoke Collection: 10 one-of-a-kind pieces that range from a $150,000 ring to a $3 million tassel necklace with a 10-carat D internally flawless emerald-cut stone. The designer will also work directly with clients to develop custom designs using large Forevermark stones. The jewelry is handmade in New York, and Canale says she uses sizable diamonds for the intricate pavé work.

Each year, designer Katherine Jetter treks to Lightning Ridge—a remote region in New South Wales, Australia—to uncover the finest black opals to have emerged from the mines. It is an intimidating place, populated by rough-and-tumble miners who dominate a town of some 2,700 people. But these potential difficulties do not deter Jetter from obtaining large black opals for her namesake collection.

A Melbourne native, she now lives in Santa Fe, N.M., and she remains fascinated by these stones. Their dark blue and green hues, which give greater contrast to the black opal’s fiery flashes of orange, make them among the most coveted varieties of opal.

Formerly a private-banking analyst, Jetter left the finance world in 2006 to pursue her passion for jewelry. She earned a degree from the Gemological Institute of America and, four years ago, established a business specializing in elaborate opal designs. “I wanted to do something fun and different with opals that highlighted the beauty and mystery of the stones,” she says.

Jetter’s design approach involves setting large carved opals among colored gemstones and diamonds to accentuate the opals’ many hues. Her pieces, priced from $2,000 to about $100,000, are based on nature motifs that incorporate depictions of Australian flowers, turtles, and sea life.