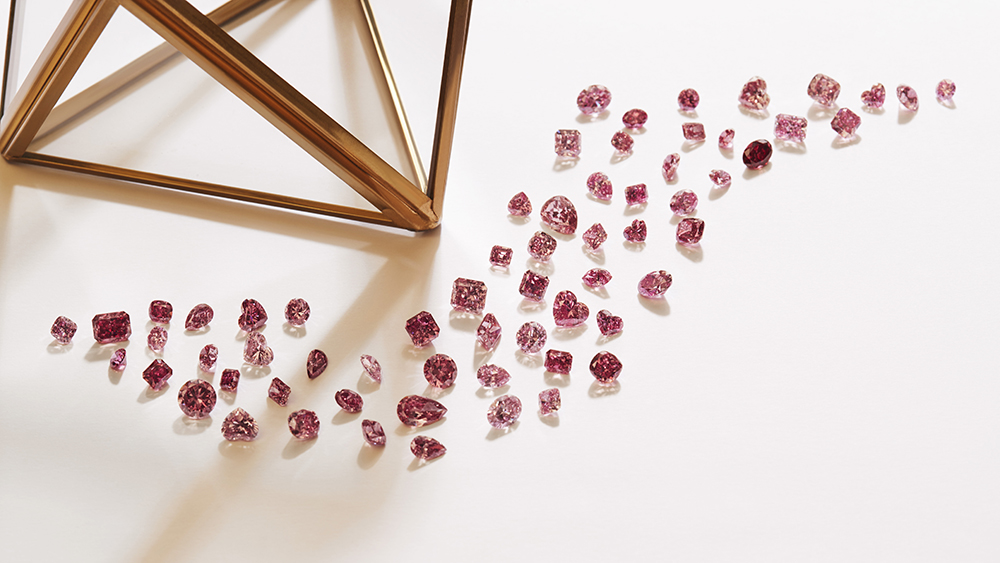 Australia’s famous Argyle Mine, which has mined 90% of the world’s pink diamonds since 1983, officially closed its operations today. On average it produced about 10,000 polished carats annually, but now that its coffer of gems has run dry, you can expect the already sky-high prices for pink diamonds to reach into the stratosphere.

“We have seen an increase in the prices for pink diamonds since the auction of the Graff Pink diamond at Sotheby’s Geneva in November 2010,” Benoit Repellin, Sotheby’s jewelry specialist and head of its “Magnificent Jewels” sales, told Robb Report. “This 24.78-carat Fancy Intense Pink diamond sold for more than $46 million and remained a record price at auction for any diamond and any jewel for several years. The current world auction record for a jewel is held by the CTF Pink Star, a 59.60 carat Fancy Vivid Pink Internally Flawless diamond which sold for $71.2 million in 2017 in Hong Kong. Auction results of the last decade show several pink diamonds selling above $1.6 million per carat, the record price per carat being $2.6 million.” Both the Graff diamond and the CTF Pink Star, however, were mined in Africa. Argyle pinks are said to cost 10 to 20 percent over even the finest colors from Siberia, South Africa or Tanzania. But Laurence Graff, owner of Graff Diamonds, acquired nearly every single stone in the Argyle Mine’s first tender. From that batch, he created a tremblant flower that was later purchased by the Sultan of Brunei.

The Argyle mine, about 1,600 feet underground.  James Reeve

The Argyle Mine is named after Lake Argyle, which was discovered in 1979 and is located in the rough-and-tumble Australian Outback. It’s the country’s second largest man-made freshwater reserve and is located in Western Australia near the East Kimberley town of Kununurra. It has produced 865 million carats of rough in almost four decades, and rose to prominence for its high-caliber, strong, pure and intense hue of diamonds that became among the most coveted in the world. “To call an Argyle pink rare is an understatement,” Murray Rayner, a geologist who worked at Rio Tinto, the mine’s owner, for 16 years, told Robb Report last year. “It’s so much rarer than rare—it shouldn’t exist.”

According to The Sydney Morning Herald, employees of Rio Tinto, along with owners and stakeholders, attended a small event at the mine on Tuesday afternoon (ACT time) to formally announce its closure. Argyle will now undergo a rehabilitation of the land, a process that is expected to take five years.

If you are looking to get your hands on the last fresh-to-market stock of pink diamonds from the mine, The Australian Diamond Portfolio is said to have launched one of the final collections of containing Argyle’s gems last week. According to the company, the stones can yield an average investment growth of about 11.2% a year, which is a significantly better bet than placing your hard-earned money in the stock market. Rio Tinto’s own figures suggest there has been double-digit growth in prices of its pink diamonds each year; now the closure of the mine should mean these tiny treasures are a colossal investment-growth opportunity. Getting your hands on one post-shutdown, however, will be a Herculean feat requiring pockets nearly as deep as the mine itself.

But there are some Argyle Pinks still up for grabs in the U.S. New York City-based Jeweler Lorraine Schwartz says she has still has a few in her vault for sale. “Throughout history they have been the most important gems,” says Schwartz. “It’s a supply and demand thing, so they will never lose their value. Right now, is still a good time to buy and I believe they will go up in price even more in the next few years. The market is favorable because of the world situation. If you can afford them, they’re great investments.”

Dealer Scott West, executive vice president of LJ West Diamonds, a go-to source for colored diamonds, also based in New York City, has an Argyle Violet on his hands. “Not only did argyle produce the beautiful pink and violet diamonds that captivated connoisseurs and laymen alike, it also was a major catalyst for the entire color diamond renaissance that has pushed these rare stones to become some of the most valuable collectables in the world,” says West. “The Argyle Violet is the Mona Lisa of Argyle. No other mine has been capable of producing a similar color, so The Argyle Violet, being twice as big as the second largest violet from Argyle, stands at the top of the diamond world, being the crown jewel of historic Argyle artistry.”

Sotheby’s “The Spirit of the Rose” 14.83-Carat Purple-Pink Diamond  Courtesy of Sotheby's

A rising tide, of course, raises all ships. So, when Sotheby’s 14.83-carat purple pink “Spirit of the Rose” Russian diamond from the Alrosa mine goes on the block at Sotheby’s in Geneva on November 11, it should be quite a show. The stone is already estimated at $23 million. “If you look at the resource in Russia, Alrosa has unearthed four pink rough diamonds weighing more than two carats in the last 10 years, and 2 roughs larger than 20 carats,” says Repellin. “Pink diamonds account for less than 0.001% of Alrosa’s production volume.”