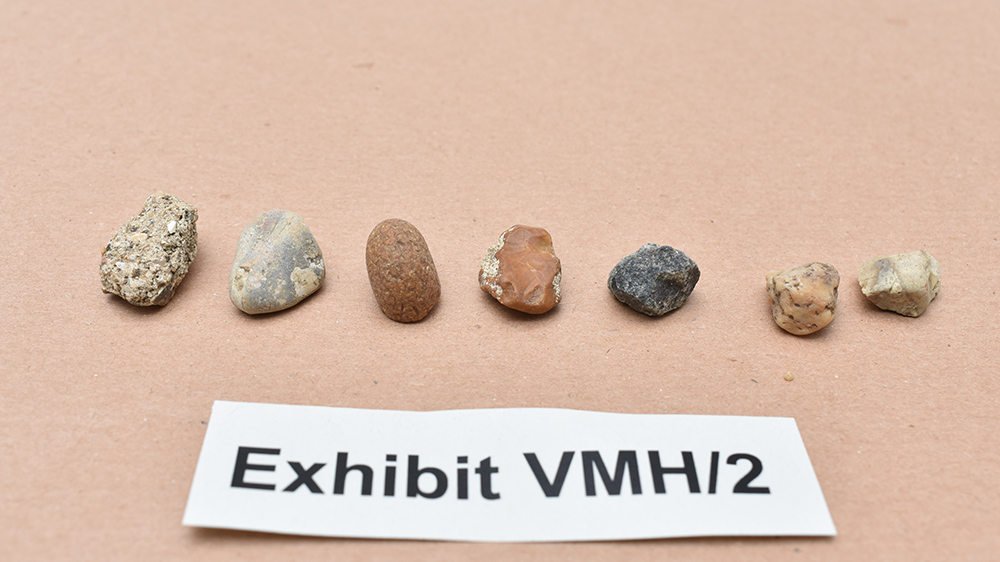 A French woman’s plan to swap some pebbles for a London jeweler’s diamonds was almost fool-proof. But as with so many other capers, “almost” just wasn’t good enough.

Lulu Lakatos, the thief who tried to make off with the $5.8 million of stones from the luxury jewelry store Boodles, was found guilty of conspiracy to steal on Wednesday, reports CNN. She’s been sentenced to five and a half years behind bars.

The diamond heist took place in London’s Mayfair district on March 10, 2016, according to a press release from the Metropolitan Police. The previous day, Lakatos, then part of an international gang that had spent months planning the crime, had checked out the store with two unnamed men. On the day of the theft, she showed up posing as “Anna,” a diamond expert working on behalf of a wealthy Russian investor.

The bag Lulu Lakatos put the diamonds in  Metropolitan Police

Lakatos was then taken to a secure part of the store to inspect the diamonds. Soon after, she shocked the staff by putting a bag with the seven gems into her purse. An exchange followed, during which the woman pretended to struggle with English, before she returned the bag of diamonds to the staff. It wasn’t until after she had left, that employees realized the bag she had handed them was filled with worthless pebbles.

Upon leaving the store, Lakatos handed the diamonds to two unnamed women. Three hours later, and within 24 hours of having arrived in London, Lakatos was on the Eurostar out of the country. An investigation was then launched by the Met’s Flying Squad and finally, in December of last year, Lakatos was arrested and extradited back to the UK.

“This was an audacious theft, carried out in plain view of experienced and professional staff at a renowned jewelers. The meticulous planning and execution of this theft reveals to me that those involved were highly skilled criminals,” acting detective Sergeant William Man said in a statement. “However, due to the tenacious police work of the Flying Squad, involving painstaking analysis of a vast amount of evidence, we have managed to identify Lakatos and bring her to justice.”

Although Lakatos and the two men have all been found guilty and sentenced, Man said the investigation is still ongoing. Authorities are still searching for the women Lakatos passed the diamonds to after leaving Boodles.