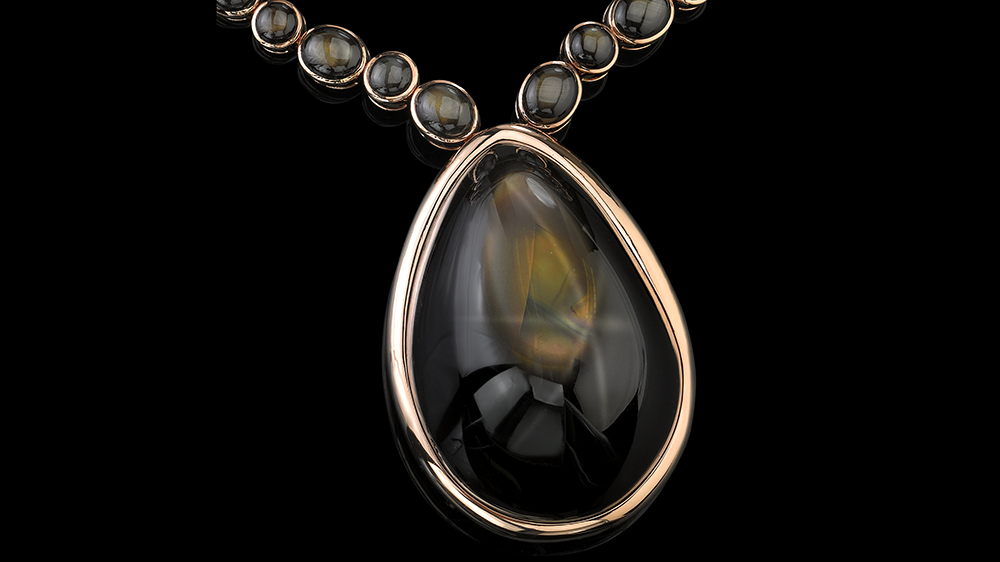 This smoke-hued black star sapphire has a central bright spot that emits shimmering rays outward—the term for this effect is asterism, from the Latin word astrum (for “star”) and occurs in just a handful of gems.

Weighing in at a stunning 888.88 carats, the Star of Jolie—named for actress, film maker and philanthropist Angelina Jolie—anchors a necklace that includes 70 additional black star sapphires, all set in 18-karat rose gold. The gem was sourced from a mine in Queensland, Australia’s Anakie Sapphire Fields, and the Star of Jolie is priced at $5,000,000.

The necklace will be accompanied by 10 new pieces from Procop and Jolie’s Exceptional Jewels collection; proceeds from sales will be donated to charity.  Following its debut in Southern California, the necklace will be displayed at Saks Fifth Avenue locations in Bal Harbour, Florida and Palm Desert, California, concluding at the Smithsonian in Washington D.C. this December.