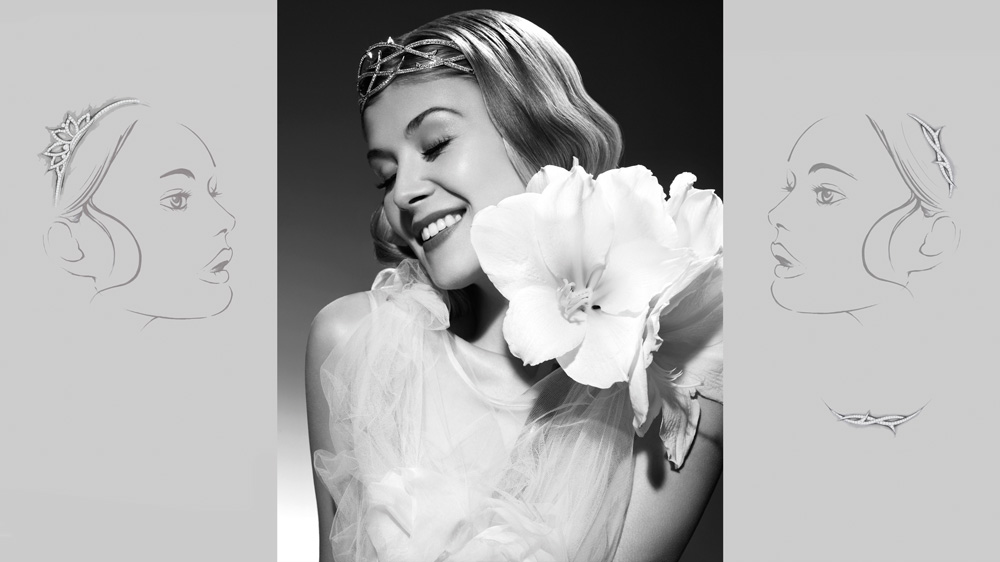 With Prince Harry and Meghan’s wedding fast approaching, royally chic tiaras are having a moment. And designer Stephen Webster is offering a custom service that aims to make the accessory every bit as modern as its client.

Today, the prevailing look is one of greater subtlety. “In the last five years I’ve gotten more and more enquiries about tiaras,” notes Webster, who serves as chairman at crown jeweler Garrard & Co. in London and runs his own eponymous brand, which launched in 1989. “If there was a trend in tiaras today I would say that they are daintier and more edgy.”

Accordingly, many of Webster’s latest concepts are imbued with the chicly sharp thorn and delicately fantastical floral motifs often seen on his jewelry and are made to be worn to the side of the head—with a portion of their design somewhat concealed, they appear more like hair ornaments than statement-making crowns. “I feel like a modern tiara is more about smaller diamonds and pearls,” he says. “The minute you put a big gem on a tiara, it becomes something else.” Though traditional tiaras with larger gems often made a bolder statement, they were usually made to be convertible—prominent jewels from many historical designs can have be removed and worn as necklaces or brooches.

While weddings continue to be the major moment for a tiara, formal affairs and white-tie fêtes—like the upcoming Met Gala—are also worthy occasions. Webster’s bespoke service can repurpose heirloom gems into a custom piece, refurbish an antique, or craft a design from scratch with gems the client chooses—colorful rubies, emeralds and sapphires are a vibrant take on the traditional diamond-covered design.

Webster notes that tiaras are among the most challenging pieces of jewelry to make, as their proportions must fit the client’s head precisely (and comfortably). And though Webster insists he and his team of artisans can make what he calls a “shotgun tiara” at an accelerated pace, a totally bespoke design typically takes at least three months to complete at his London atelier and ranges from $15,000 to $45,000.