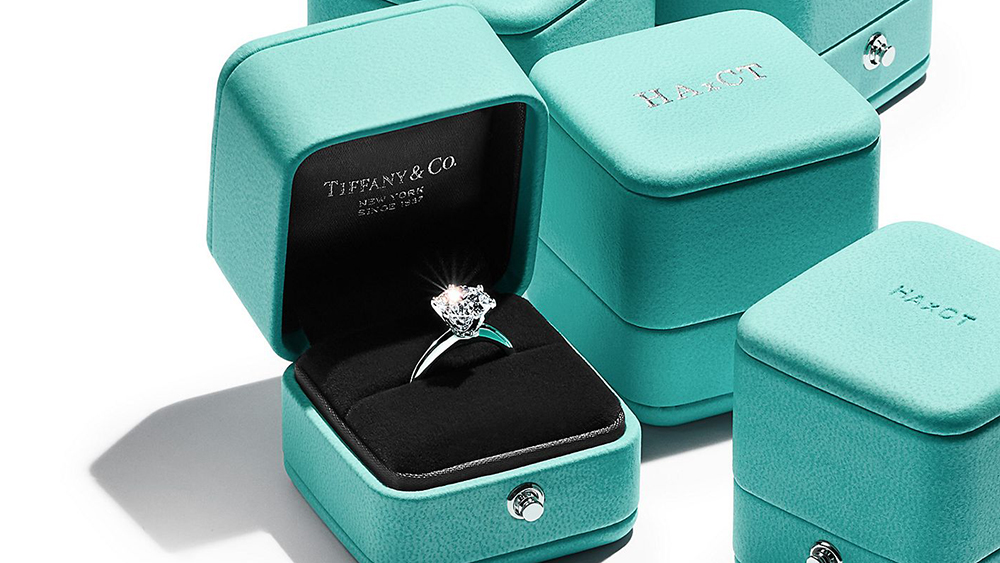 Tiffany & Co. is inviting you to leave your mark on the iconic blue box.

The storied American jeweler has just announced a new customization service that allows clients to add their very own lettering to the world-famous robin’s-egg packaging, as reported by Hypebeast.

Tiffany & Co. first introduced the blue box with its original engagement ring back in the late 18th century, and it’s since become a symbol of luxury almost as famous as the bling itself. This marks the first time in the company’s 185-year history that shoppers have been able to add a personal touch, though.

Free with the purchase of any Tiffany engagement ring, the new service allows customers to add a message—like a set of initials, for instance—to the exterior of the blue box in either a silver or gold hue. You can even opt for an embossed engraving if you’d prefer it to be a little more subdued. The box itself has also been updated to reflect a more modern aesthetic.

The jeweler, which was acquired by French luxury conglomerate LVMH last year, has made a number of daring moves of late in a bid to attract a younger clientele. In fact, earlier this year, Tiffany let Daniel Arsham reimagine the signature blue box. The acclaimed contemporary artist created an exclusive series of 49 eroded bronze sculptures in his distinct style.

“I wanted to address it in a way different than how it was originally intended by giving it a distressed, aged quality which represents its history, how much of a fixture it is in our world today, and how it will continue to be relevant decades, even centuries from now,” Arsham said in a statement last September.

Under the leadership of president and CEO Anthony Ledru, Tiffany also recently designed a collection with streetwear label Supreme, launched a campaign with Beyoncé and her husband Jay-Z and partnered with Pharrell Williams.

The service for the new engagement ring boxes will be available globally from April 15.