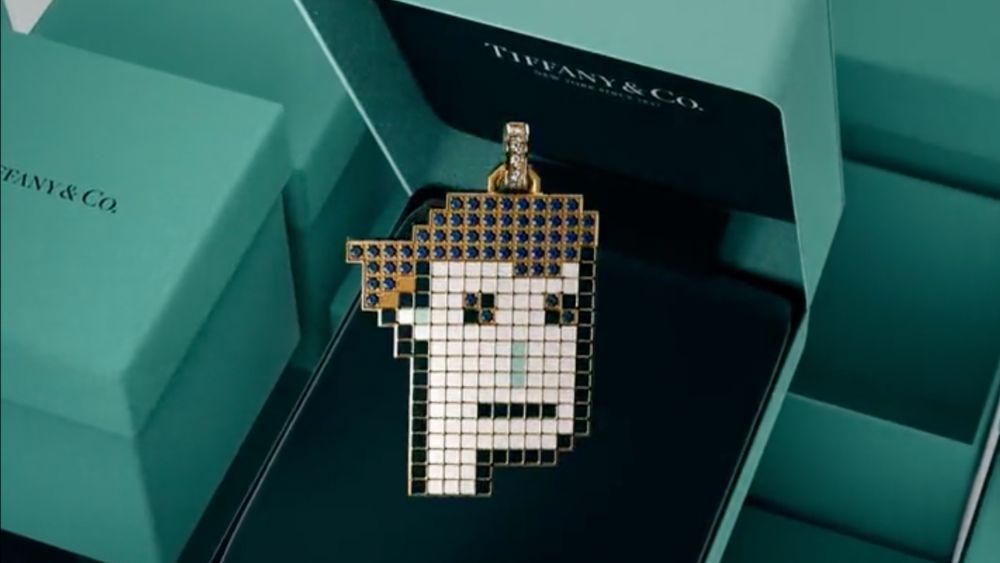 After entering the NFT space back in April, Tiffany & Co. is taking its CryptoPunk pendants to the next level with a new 250-piece collection.

On August 5, the American jeweler will release a line of digital and physical collectibles called “NFTiff”  in what could be the most expensive public sale in NFT history, according to CNET. The pendants will be exclusively offered to CryptoPunk owners for a whopping 30 Ethereum ($50,000)—interested buyers can buy up to three NFTiffs. Each of the “passes” will come with a custom-designed Tiffany pendant that resembles its owner’s avatar and a one-of-one digital rendering of the jewelry.

According to Tiffany, the pendants “will use at least 30 gemstones and/or diamonds to create the custom designs with the highest fidelity to the original NFT art.” The company’s artisans will be using a combination of beads set around cut pave diamonds, sapphires, amethyst, spinel and more to create the pendant. It will sit on the end of an 18k gold adjustable chain.

In addition, all the NFT-inspired pendants will be in either 18k rose or yellow gold and feature an engraving of the CryptoPunk series number and Tiffany logo on the back. Buyers are expected to receive the physical necklace in early 2023, while the digital rendering will be delivered virtually in October.

Tiffany’s first foray into the metaverse took place just a few months ago. It was led by Alexandre Arnault, executive vice president of product and communications and son of LVMH head Bernard. The 29-year-old was the first to transform his CryptoPunk purchase into a wearable piece of jewelry—the encrusted pendant was modeled after his NFT profile photo. While the elder Arnault has offered some recent pushback regarding the metaverse and virtual shopping, the launch of NFTiff suggests that the famed jewelry house may finally be ready to go all in on digital collectibles.