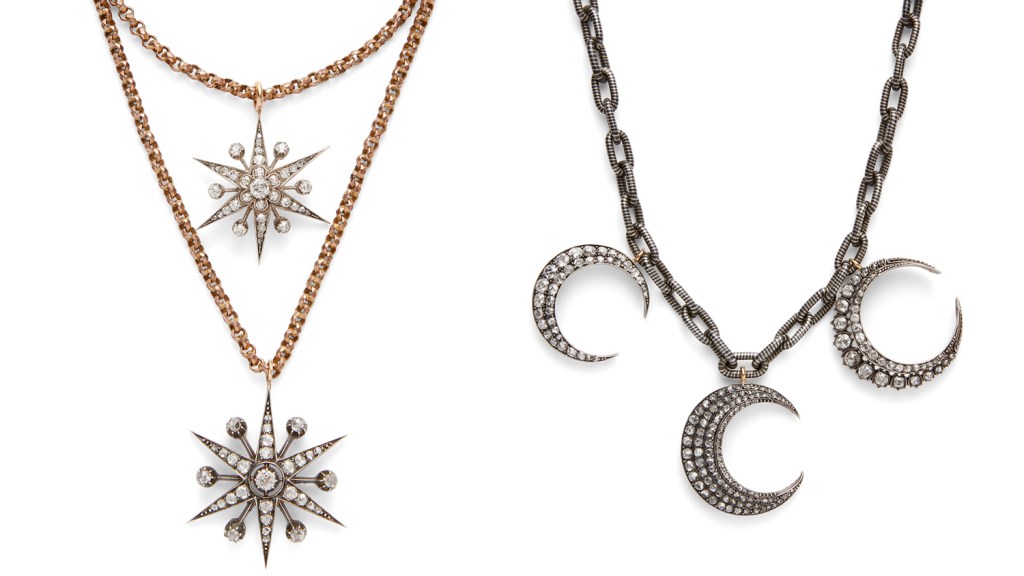 Diana Vreeland once said, “One is born with good taste. It’s very hard to acquire.” With all due respect to the legendary editrix, this sounds debatable. However, Toni and Chloë Goutal make a strong case for great style being hereditary. The mother-daughter duo stems from the prominent Goutal family (which includes the late perfumer Annick and Marie-France, the founder of children’s clothing shop Bonpoint and the über-hip Parisian boutique Merci) and has a particular passion for antique jewels. Toni, the mother, is a lifelong collector of jewelry from the 19th century and earlier. Chloë, Toni’s youngest daughter, recalls begging her mother to let her help organize her safe as a little girl, itching to ogle her mom’s treasure trove. Two years ago, they decided to try their hand at breathing new life into antique pieces, and now—with stockists such as Moda Operandi and the Webster and fans including Gigi Hadid and Madonna—a bit of the Goutals’ enviably good taste can be yours.

The seed of the idea for their collection came about when Chloë discovered a Victorian-era diamond crescent brooch at an antique store on London’s Portobello Road. Back home in New York, she decided to string it on a chain and wear it as a pendant; before long, she was swarmed with compliments and inquiries about where she’d found it. Toni and Chloë decided they could replicate it, and their collection was born. Everything the Goutals create stems from that first necklace; they exclusively use antique crescents, stars, and other celestial gems, transforming them into pendants suspended from antique chains. They scour the globe to source jewels from 1820–1910, a time when celestial motifs were very much in vogue throughout Europe. The majority of the pendants featured in their work originated as something else—brooches, hair clips, tiaras—so the pair transforms what would, by today’s standards, be a rather impractical piece into something that can be worn with everything from blue jeans to ball gowns.

In addition to the diamond-, ruby-, and sapphire-studded pendants that form the core of the Goutals’ collection, they recently introduced a range of “gypsy” rings—wide gold bands inset with a variety of gemstones. All of the rings are antique and, unlike the necklaces, remain intact, exactly as they were originally worn. They’re just another example of how the combination of Toni’s eye for collectable design and Chloë’s millennial sense of casual chic adds up to antique jewelry that transcends time and trends.