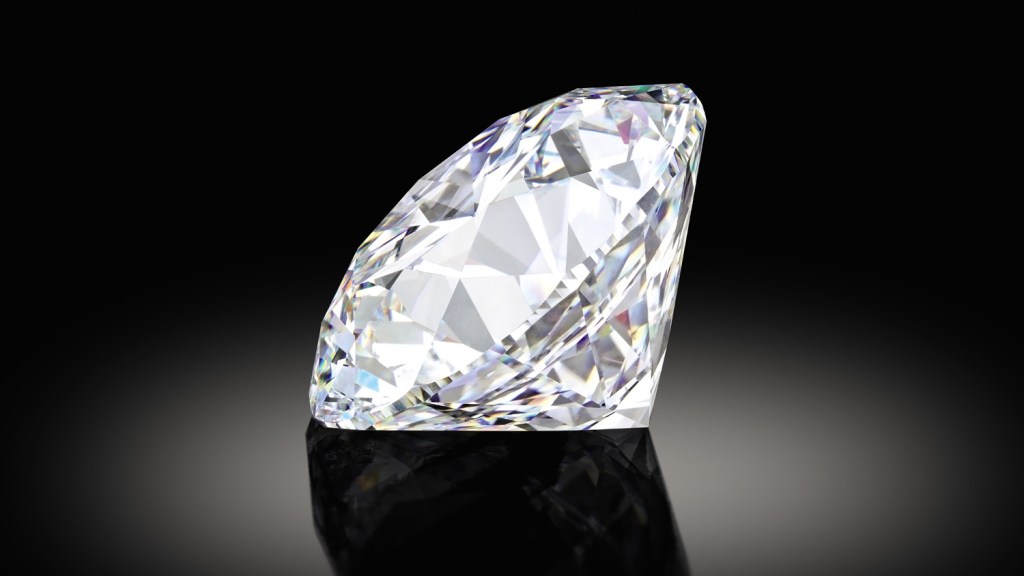 In Geneva this past November, Christie’s sold the nearly 19-carat Pink Legacy diamond for more than $50 million—several million more than its estimated sale price. The rectangular-cut diamond—which, at the time of the auction was set into a ring—is the largest fancy vivid pink diamond ever to come up for sale. The Gemological Institute of America awarded the Pink Legacy the highest diamond color grading of “vivid”—vivid colored diamonds have the most strongly saturated hues. In addition, the Pink Legacy classifies as a Type IIa diamond, which contain little if any nitrogen and account for less than two percent of all gem diamonds. Specialists at Christie’s says the Pink Legacy is one of the most chemically pure gems they’ve encountered. The gem is said to have once belonged to the Oppenheimer diamond family.

It was later revealed that Harry Winston CEO Nayla Hayek had purchased the diamond, and renamed it the Winston Pink Legacy.

The gem, which was unveiled back in February, was purchased by a private buyer for an undisclosed sum—but it is reported that the deal far exceeded the previous record of $260,252 per carat set by a diamond in 2013.Which means the 102-carat jewel likely sold for at least $26.63 million. The jewel’s diameter is larger than a quarter and it is considered the rarest white diamond ever to be sold.

Founder and chairman of Sotheby’s Diamonds Patti Wong described the gem as a “masterpiece of nature” and noted the buyer’s reaction to the diamond: “When the new custodian of this stone first beheld it, they were—like everyone else who has seen it—completely captivated. It is hard to believe that something so ancient—these stones are as old as the earth itself—can be so alive, so full of fire and blinding brilliance.” The previous record holder was a 118.28 carat oval diamond that sold at auction in 2013 in Hong Kong for a total of $30.8 million.

In March, the fifth-largest diamond on record sold for $40 million. The gem, which is roughly the size of two golf balls, has been named “the Lesotho Legend.” It was unearthed in January from the Letšeng mine in the Southern African nation of Lesotho and is a Type IIa D color stone. Its original owners, U.K.-based mining company Gem Diamonds Ltd., reportedly sold the diamond on March 12 to Samir Gems, an Antwerp-based supplier run by India’s Bhansali family.
“We are delighted with the outcome of the sale of this iconic diamond, which demonstrates the exceptional quality of the Lesotho Legend itself, as well as reaffirming the unique quality of the Letšeng diamond production,” said Gem Diamonds CEO Clifford Elphick in a statement from the company, which owns 70 percent of the Letšeng mine in Lesotho.

In November, Sotheby’s in Geneva sold a large, drop-shaped natural pearl pendant for more than $36 million—a record price for a pearl at auction. The design once belonged to French Queen Marie Antoinette, who smuggled several pieces from her collection out of France as the Revolution gained momentum. Some of the Marie Antoinette jewelry offered in this sale hadn’t been seen in public for 200 years—including a pendant that included a diamond double-ribbon-bow brooch, which sold for more than $2.1 million; a monogram ring with woven strands of Antoinette’s hair, which went for around $440,000; and a pearl and diamond necklace sold for $2.2 million.

In May, a rare 6.16-carat rare blue diamond known as the Farnese Blue exceeded initial expectations and sold through Sotheby’s Geneva to an anonymous buyer for $6.7 million. The gem had been passed between Europe’s royal houses for more than 300 years, and, at one time, was hidden in a casket as it traveled through Spain, France, Italy, and Austria. Originally unearthed from the Golconda mines in southern India, the fancy dark grey-blue diamond is named for the second wife of King Philip V of Spain, Elisabeth Farnese, who received it as a wedding gift in 1715. The gem was also thought to have been the centerpiece of a tiara once owned by Marie Antoinette.