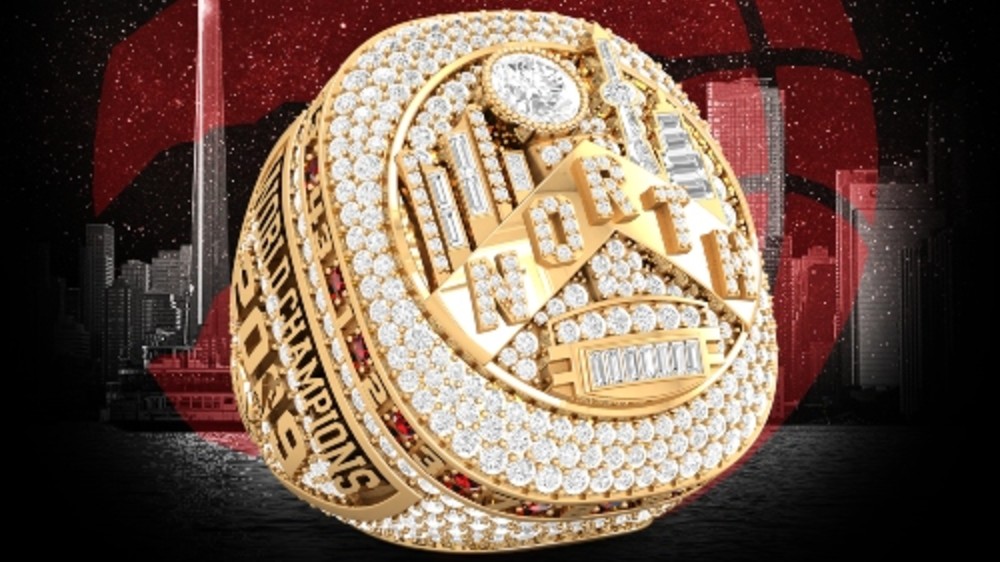 A new NBA season may be officially underway, but that doesn’t mean the Toronto Raptors are ready to forget their achievements from the last campaign. Before tip-off on Tuesday night’s opener with the New Orleans Pelicans, the franchise presented members of last year’s squad with the rings for their 2018-19 title, Canada’s first-ever NBA championship.

So how do you mark an unprecedented title? With what the team is calling the “largest NBA championship ring” ever produced, of course. ESPN reports that the bauble, which was made by Baron Championship Rings, features a 1.25-carat diamond, the largest single diamond ever used in a professional sports ring.

A historic ring for a historic accomplishment. #WeTheNorth pic.twitter.com/IZdkXQTj4B

Earlier this summer, jewelry designer Jason of Beverly Hills talked to Robb Report about how championship rings have evolved from gaudy keepsakes to one-of-a-kind collector-level pieces over the last decade. And sure enough, the Raptors’ rings fall firmly in the latter category. In addition to the 1.25-carat diamond that sits atop the Larry O’Brien trophy on its face, the ring boasts over 650 individual diamonds—74 of which represent the team’s regular season and playoff wins. That equals a stunning 14 carats worth of diamonds, another record for a championship ring.

The ring’s face also depicts the Toronto skyline, the Scotiabank Arena and the team’s chevron logo. Around the ring, there are 16 rubies and 16 jersey numbers, each representing a player on the championship-winning roster. The Raptor’s postseason series records are engraved inside the ring, along with a maple leaf with a ruby representing Canada at its center. Each ring is also personalized with each individual player’s name and number.

Rings will also be presented to players who departed in the offseason, like superstar Kawhi Leonard, who left to play for the Los Angeles Clippers, and three-point specialist Danny Green, who signed with the Los Angeles Lakers. The team also gave gave rings to global ambassador Drake and superfan Nav Bhatia. A Toronto-native and rabid Raptors fan, Drake also commissioned an even larger personal ring for himself from Jason of Beverly Hills. That bauble features over 30 carats of diamonds and the team’s old, deeply missed cartoon dinosaur mascot.

Of course, after the ring ceremony, there was still a game to be played. Even without Leonard, a Raptors team led by point guard Kyle Lowry and forward Pascal Siakam still managed to come out victorious against the Pelicans, in a high-scoring 130-122 game. It’s unlikely the team will duplicate last year’s championship run without number 2, but they’ll always have last season, Tuesday night—and some very big rings to remember them.