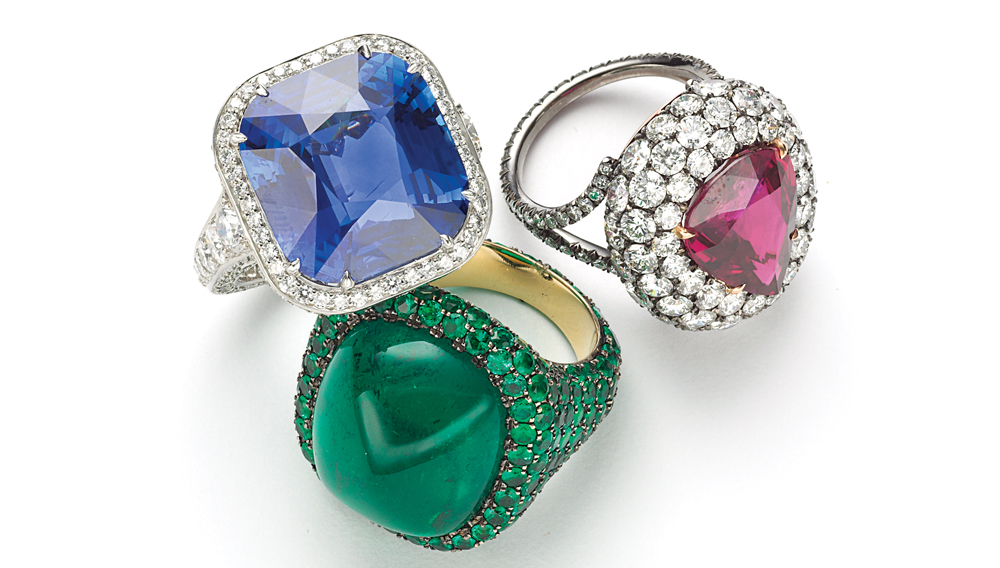 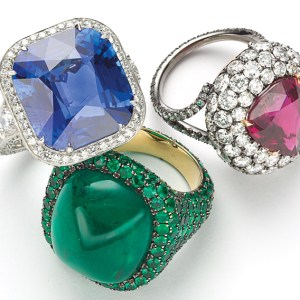 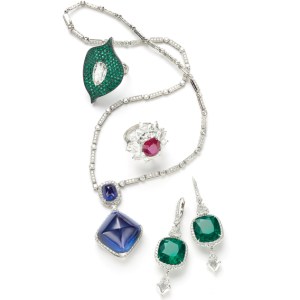 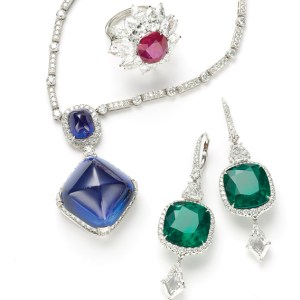 For decades, one family has dealt discreetly in some of the world’s most extraordinary colored gems.

Forty years ago, Amir Hadji­bay made a generous offer on a mesmerizing, untreated, 206-carat Colombian emerald owned by a collector in Zurich, who flatly declined. Undaunted, Amir told him, “When you are ready to sell, please give me the opportunity to buy it.”

Four decades later, during the Baselworld watch and jewelry show, the stone’s owner approached the Hadjibay family’s showcase unannounced and presented the emerald to Amir’s sons, Moris and Giacomo. The brothers instantly recognized the gem their father had described, and they purchased it without hesitation, knowing they would never come across another example of similar size and beauty. Recent auction sales of top-quality emeralds place this stone’s value at more than $30 million, though members of the Hadjibay family consider it priceless—especially as their ability to acquire it represents a lifelong investment in cultivating the right connections. Long-standing relationships and mutual trust drive deals in the high-end gem world, and Amir has remained one of the most respected dealers for more than 60 years. As a result, he has access to some of the world’s greatest treasures—many of them so rare that they never appear at auctions, changing hands instead among only a few discreet international brokers. “In this business,” says Moris, “your reputation is most important.”

“A dealer in Italy,” adds his brother Giacomo, “recently called me and offered us a magnificent necklace with nine Colombian emeralds owned by a private client. We bought it sight unseen, and it is worth about $4 million. Each stone is extraordinary.”

The firm, which receives these types of calls almost daily from Europe, India, and the Middle East, is always prepared to buy something special at a moment’s notice. “In a family business, you make a decision in five minutes whether to buy something,” says Moris. “We don’t have to answer to anyone.”

Occasionally the Hadjibays recut old stones to maximize their beauty, while they leave others untouched except to set them in gold or platinum designs created in their New York workshop. Featuring Burmese rubies, Colombian emeralds, and Ceylon sapphires, these magnificent pieces were for decades retailed through important international jewelry houses, which sold them under their own names. But after Amir’s grandsons Marco and Manuel joined the business, the family decided to offer jewelry under its own Bayco label. Educated clients immediately recognized the quality of Bayco’s extraordinary stones and elegant settings, which recall the sophistication of the Mughal Empire. Yet these discriminating individuals should not expect to see the Hadjibays’ long-coveted treasure, which they dubbed the Imperial Emerald and refer to as the “family heirloom,” appear any time soon in one of their dramatic designs. “This,” says Giacomo, “is too special to sell.”