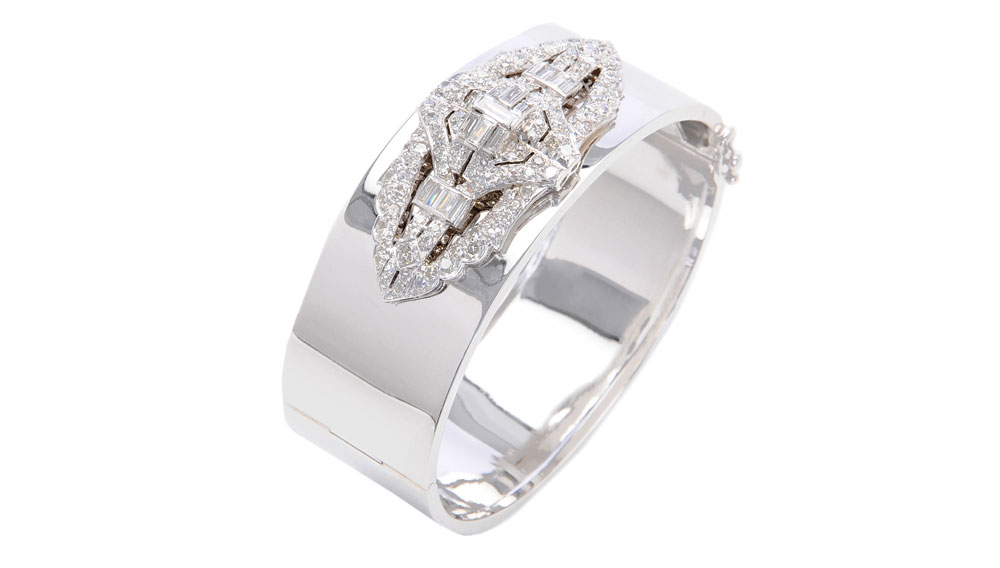 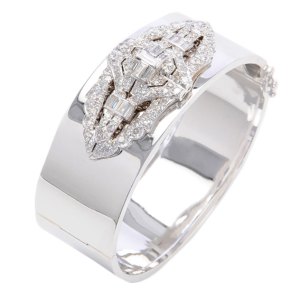 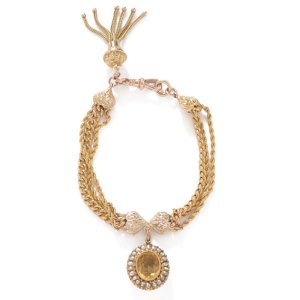 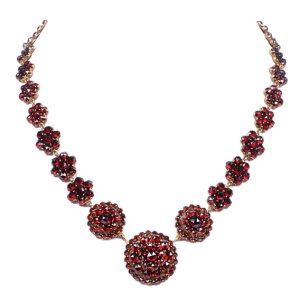 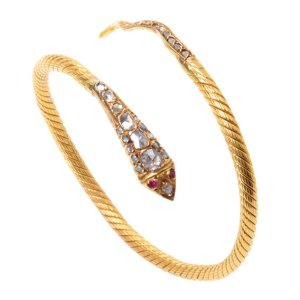 Imagination and ingenuity are the key elements of Cindy Chaplin’s Turner & Tatler jewelry designs. Each item in Chaplin’s collection of rings, necklaces, bracelets, and earrings is either a vintage piece painstakingly restored to its original luster or a fusion of antique and contemporary components. Turner & Tatler’s History Repeats Itself Beautifully is the company’s latest collection of one-of-a-kind discoveries. It debuted in select Neiman Marcus stores earlier this spring, with prices ranging from $5,000 to $55,000.

“I curate, I collect, and I refashion,” says Chaplin. “Many of the pieces within the collection I haven’t touched—they are beautiful Victorian designs that look as fresh today as they did in the 1880s.” Some motifs—such as Victorian-era serpents and 1920s-era fringed necklaces—have enjoyed lasting popularity, while others require refashioning to make them more relevant and wearable today.

Since founding Turner & Tatler in 2011 in honor of her late father-in-law, himself a well-regarded jeweler and collector in London, Chaplin has scoured estate sales and auctions in the United States and Europe for outstanding antiques to revamp or reconfigure. Many date back to the mid-to-late 19th century (the Victorian era) and the art deco–heavy 1920s. Chaplin follows her instincts when on the hunt and is typically struck by inspiration abruptly.

“I can’t explain it, but when I see it I know how it can be redone or how parts of it can be better than the whole. I also never look at what the piece is right now—I buy for the potential,” she says. A 19th-century gold pocket-watch chain, for example, becomes a bracelet accented with a pearl pendant; art deco diamond cuff links are reworked into disc earrings; and a diamond belt buckle from the late 1800s is revived as a bold new necklace. But as a rule, Chaplin refrains from altering signature designs: “I never [cut up] a signed piece from Van Cleef & Apels, Cartier, or Schlumberger—those are things you want to leave as they are, because they have an inherent value.”

After a purchase, Chaplin sketches out a fresh design and works with bench jewelers in New York and London to either refresh or reconstruct an item. The redesign process can take from a few weeks up to six months. “I spend a lot of time figuring out the balance and ergonomics of say, a bracelet, making sure it won’t spin once it’s on the wrist. Those are all the things you don’t know until you start working on it.” Reconfiguring timeworn antique metals and gems in varying conditions is especially complicated. “Many pieces fall apart when we work on them,” says Chaplin, who herself wears a fractured piece of a Victorian-era tiara on a necklace. “It’s a challenge at times because they are so delicate, but I know that we are preserving the past into the future.” Chaplin aims to preserve the exceptional craftsmanship along with the earnest inscriptions on her discoveries, which include expressions of devotion, celebration, and mourning. “There are a lot of very personal pieces. It is somewhat sad because you feel like their story is coming to an end,” says Chaplin. “But the minute a younger person picks it up, the story starts all over again, and the jewelry lives on.”  (turnerandtatler.com)