By Victoria Gomelsky on December 1, 2014 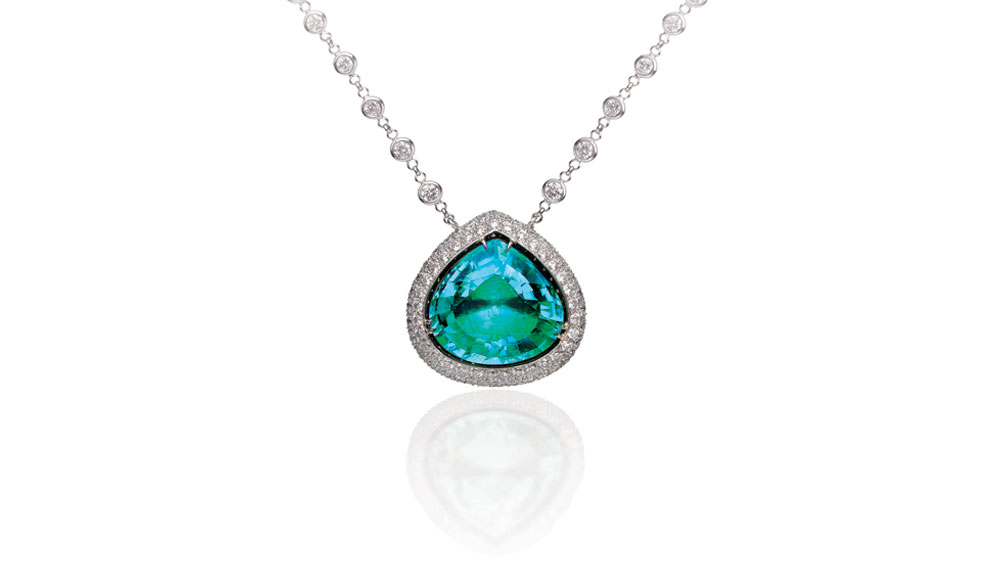 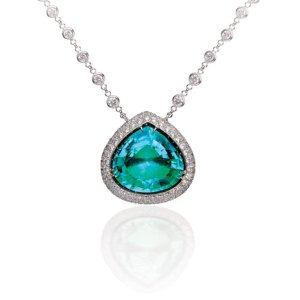 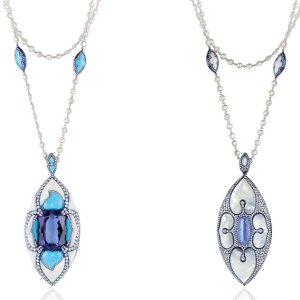 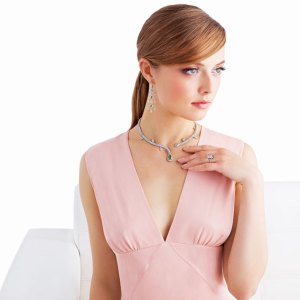 In 2005, one year after Moti Ferder opened the first U.S. outlet of Lugano Diamonds in Newport Beach, Calif., a client phoned to ask him about a singular type of blue-green tourmaline from the Brazilian state of Paraíba. While vacationing in Hawaii, the client was shown a 2.5-carat specimen of the gem, which is admired for its beguiling,neonlike glow, but she was perplexed by its steep price. She hoped that Ferder could enlighten her.

Like many other professionals, the former diamond cutter had just a limited knowledge of Paraíba tourmalines, but the stone’s color captivated him, and he determined that he would find the client a better deal. After a six-month search, Ferder learned that, because of their scarcity, high-quality Paraíba tourmalines are sometimes more difficult to locate than even important rubies and sapphires. The reality of a business dependent upon the creations of nature is that it does not produce to meet demand: Tracking down the world’s rarest stones requires patience, persistence, and providence. Fortunately, Ferder prevailed, eventually securing a high-priced 9-carat Paraíba tourmaline. This treasure hunt, however, piqued his curiosity and launched further quests for the world’s most unusual and elusive gemstones.

This holiday, Ferder has spared one gem lover several potential wild-goose chases. He has mounted three spectacular gems from his vault—an 18.32-carat Paraíba tourmaline, a 64.80-carat tanzanite, and a 4.51-carat green diamond—in a trio of one-off necklaces that are being offered to a Robb Report reader as one of this year’s Ultimate Gifts. The recipient will have the opportunity to travel to his 6,000-square-foot Newport Beach salon to collect the jewels and learn more about their origins on an excursion to the headquarters of the Gemological Institute of America in Carlsbad.

This gift is designed for someone with a true passion for color. The pear-shaped Paraíba tourmaline—which is set in platinum and surrounded by a corona of diamonds totaling 9.6 carats—in Ferder’s words, literally glows. “Most people don’t know what a Paraíba tourmaline is,” he says, “but when you walk into a room wearing it, everyone’s head turns.”

The innovative Siren necklace highlights the 64.8-carat tanzanite, a richly colored, blue-violet gem found in only one place on earth: the foothills of Tanzania’s Kilimanjaro. This variety of gem has become more collectible with each passing year due to dwindling supplies. Ferder’s striking example is the centerpiece of an artistically designed reversible marquise-shaped pendant composed of white coral, Persian turquoise, and diamonds in blue titanium and white gold.

The third stone in this rare trio of pieces is the fancy, intensely green diamond that Ferder placed in a vine-like platinum collar necklace accented with seven pear-shaped diamonds totaling 1.92 carats. Natural green diamonds are so uncommon that certification laboratories regard the stones with particular suspicion. “Sometimes the process of getting a certificate takes a year,” Ferder says. “When you cut a green diamond, you go through the process of showing the lab the rough or during the cutting stages so they actually know it’s natural.”

On the subject of how he acquired this green treasure, Ferder remains circumspect, noting only that he did not pursue the prize; instead, it found him. “I know a lot of people,” he laughs. “It landed on my doorstep.”