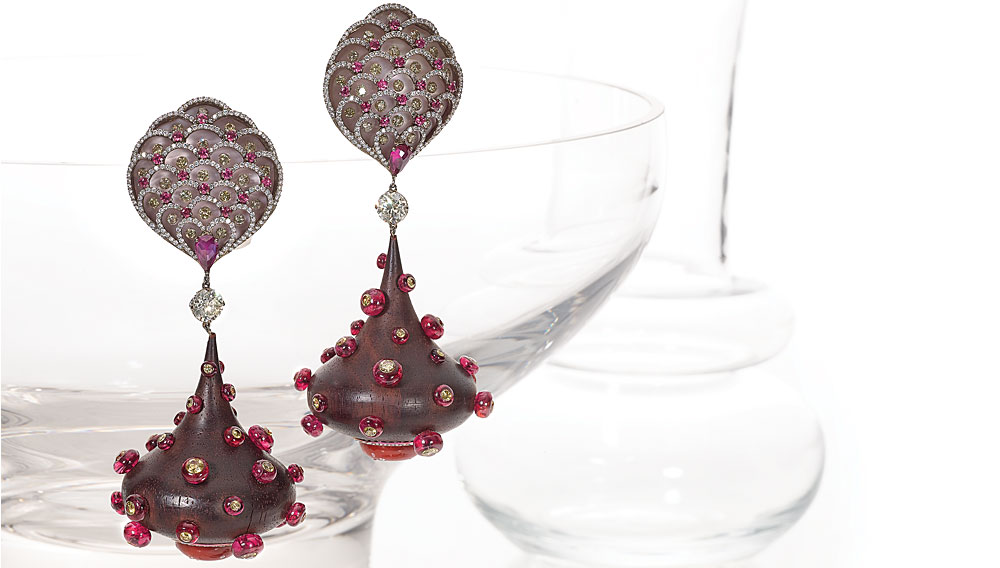 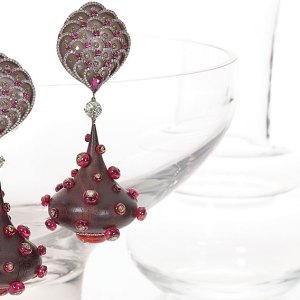 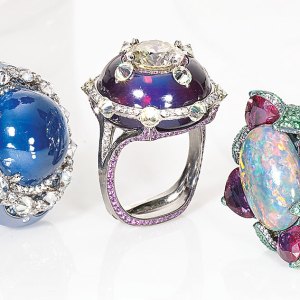 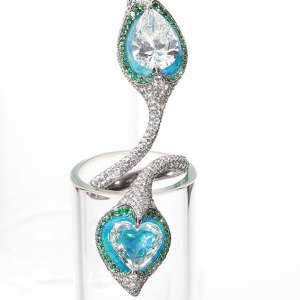 “A jewelry designer must be more than innovative; he must be revolutionary,” says Macao-based Wallace Chan, whose unconventional designs were unveiled in the United States for the first time last fall. Chan has forged new ways of setting large gemstones atop other stones, creating dramatic layers of shapes and colors without the traditional prong or claw setting. The results are striking, voluminous pieces that portray a fluidity and artistic sensibility, yet remain feminine and wearable without being overpowering.

“I found that much of the design out there was limited not so much by a dearth of ideas but by the range of technical execution,” says Chan, who was born in mainland China in 1956. He began as a sculptor’s apprentice at age 13 and later mastered gemstone carving, rebelling against traditional techniques and experimenting with metal engineering.

Among his signature concepts is setting large diamonds on colorful opals, white jade, or white agate with the absence of metal. He seeks unusual materials—such as 600-year-old porcelain with inlaid painting, or Japanese wood carvings from the Meiji period—to incorporate into his artistic designs. “I have the greatest fun with these materials,” he says. “I once had a tiger tooth carved with totems and fit it to diamond-inlaid titanium.” In the past few years, his designs have captured the attention of such luxury retailers as Bergdorf Goodman and Neiman Marcus, which launched the collection in New York last fall.