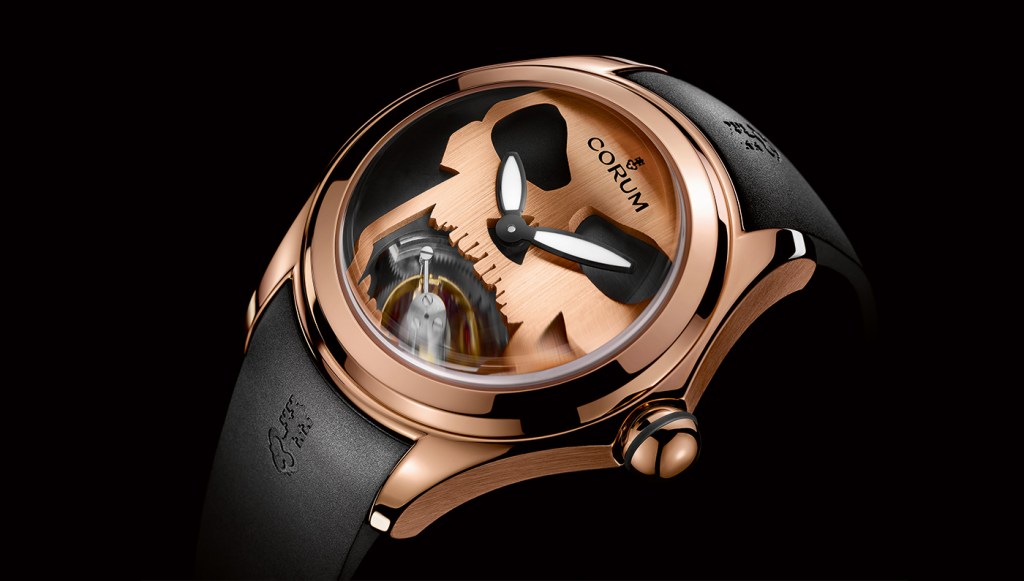 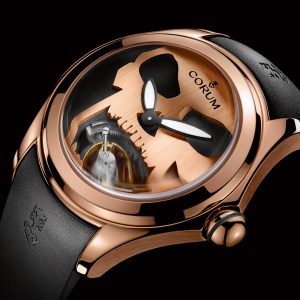 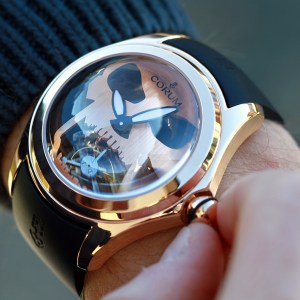 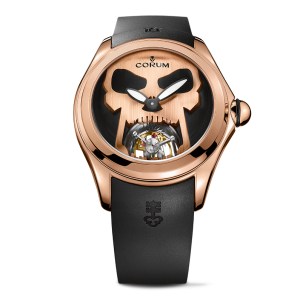 In 2000, Corum unveiled a 45 mm model, dubbed Bubble, whose distinguishing feature was a soaring domed sapphire crystal that magnified the dial, distorting the hour markers and numerals. Irreverent, oversized, and extremely contemporary in its styling, the model—conceived by the late Severin Wunderman—was everything Swiss watches of the time were not. And it was a hit. Demand waned for the Bubble collection after five years. A decade later, however, Corum reintroduced the Bubble with three new well-received models. In 2016, the brand capitalized on that momentum with 37 new styles—including the new Bubble 47 Flying Tourbillon, introduced late last year. Corum promotes the collection on social media with the tag #areyoububble, to which we can only say: “Why yes, yes we are.”

How It Looks: Now housed in a 47 mm rose-gold case with a glare-proof sapphire crystal dome, the Bubble 47 Flying Tourbillon is bigger and bubblier than ever. An image of a hollow-eyed skull with an open jaw lends the dial a dark, slightly eerie vibe. The piece comes paired with a black alligator-leather strap.

How It Works: The gaping jaw of the skull partially conceals a flying tourbillon. Manufactured by Le Cercle des Horlogers, a Swiss firm based in La Chaux-de-Fonds, the automatic movement also contains a small rotor finished with Corum’s signature key in 18-karat red gold. The power reserve is 72 hours.

How to Get It: The Bubble 47 Flying Tourbillon is a one-of-a-kind watch, a fact reiterated by an engraving on the back of its case that reads, “unique piece.” So it comes as no surprise that its retail price pushes past six figures to roughly $101,000. (corum.ch)