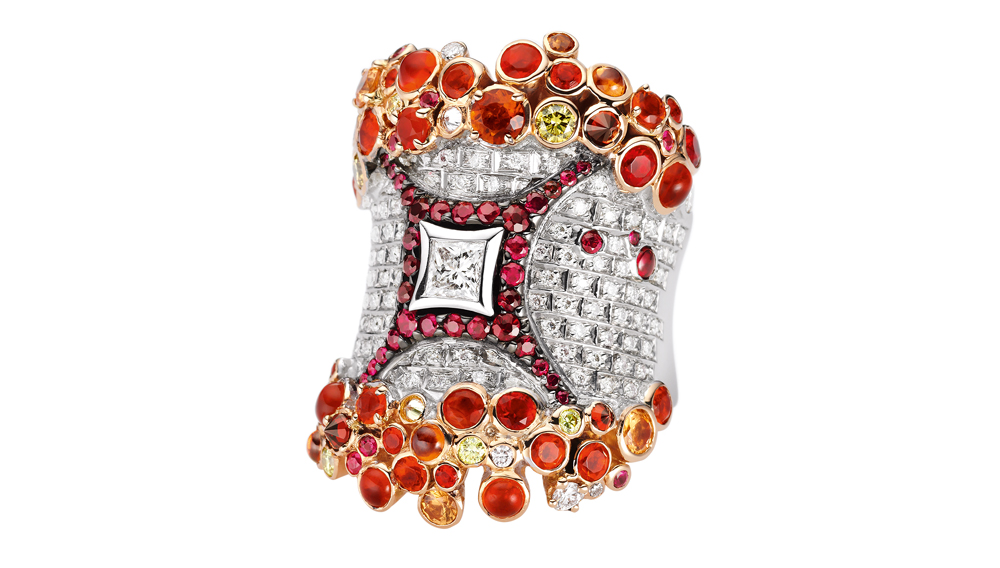 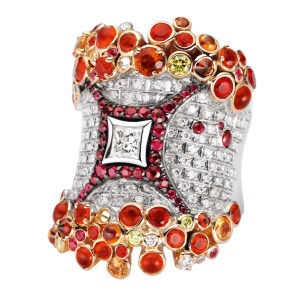 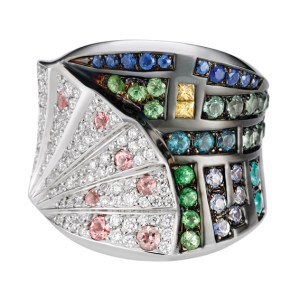 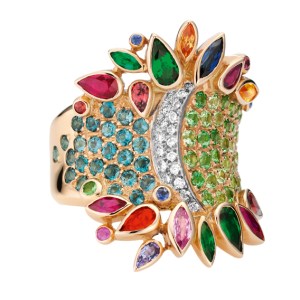 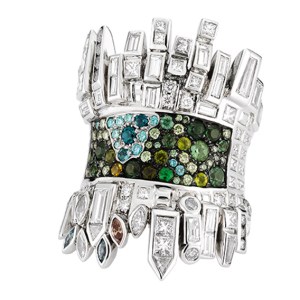 Wempe—the 137-year-old maker of watches and jewelry in Hamburg, Germany—has a new exhibition-only collection, Wempe Cosmora, that comprises 13 rings to represent iconic cities and regions, including Beijing, Paris, Cape Town, and San Francisco. Handcrafted by the French designer Catherine Plouchard and a team of artisans, Cosmora is the largest collection of one-of-a-kind rings ever created by Wempe; no designs are presently offered for sale, but its full value exceeds $1 million.

Plouchard and the company’s owner, Kim-Eva Wempe, both have personal connections to different cities in the collection. For Wempe, it is the Beijing ring, which is made with 43 rubies, 98 brilliant-cut diamonds, and 30 deep-red and orange fire opals. Wempe visited the city as a young woman and was mesmerized by its lively throngs of bicycle commuters, dynamic artwork, and curved pagoda roofs. “When Catherine showed me her design for the Cosmora ring, I immediately saw the curve of these roofs before my eyes, and the lightness that makes them seem as though they’re almost flying,” she says.

Plouchard is drawn to the 18-karat-white-gold Tokyo ring, which depicts the tension between the city’s affinity for nature and fondness for flashy modern technology. A silvery fan spreads across part of the ring, dotted with pink tourmalines that represent cherry blossoms. “[The tourmalines] stand for the hanami festival, when the Japanese go outdoors to enjoy the blossoming cherry trees,” Plouchard explains. In contrast, the obverse side of the ring includes geometric sapphires, topazes, bright-blue Paraíba tourmalines, and square yellow diamonds, which are intended to recall the dazzling flashes of Tokyo’s vertical and horizontal neon advertisements.

Though every piece required months of work, Plouchard and Wempe agree that the ring representing Rio di Janeiro presented the most challenges. Its green, pink, and magenta pear-shaped jewels had to be painstakingly ground down to fit perfectly into their gold settings.

The Cosmora collection will be making stops around the globe in the coming months, traveling from Berlin to Hamburg this summer and arriving in New York City in 2016. (+49.40.334.480, wempe.com)