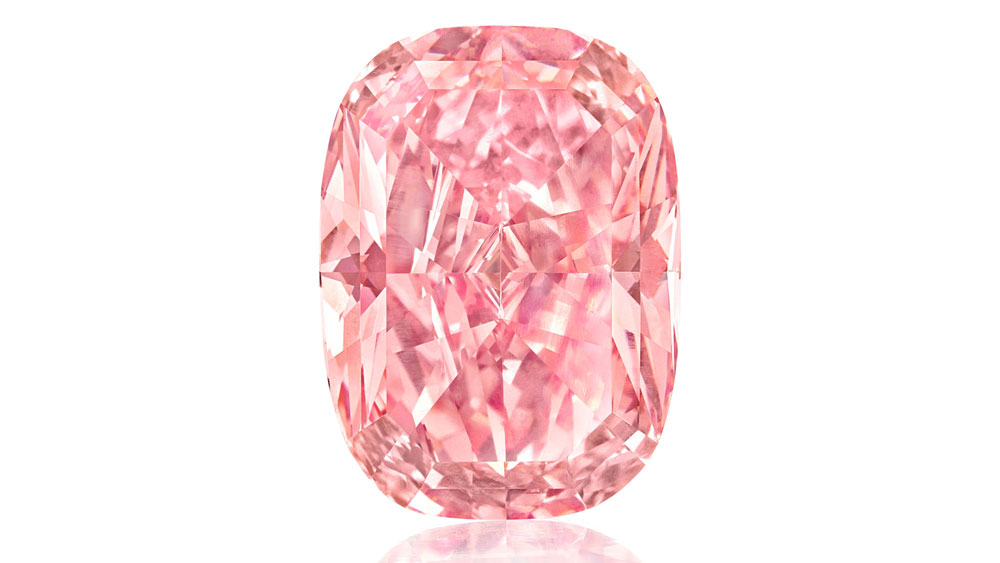 It’s been nearly two years since the closure of the Argyle Mine in Western Australia, the source of more than 90 percent of the world’s pink diamonds, and demand for the rarefied gems has trended upward in the face of rapidly dwindling supply.

Just how much demand has grown should become clearer on October 5, when Sotheby’s Hong Kong will offer the 11.15-carat Williamson Pink Star in a standalone, single-lot auction.

The gem derives its name from two of history’s most famous pink diamonds, the Williamson—a 23.60-carat stone presented to then-Princess Elizabeth and Prince Philip as a wedding gift in 1947 by the Canadian geologist Dr. John Thorburn Williamson, owner of the mine in Tanzania where it was discovered—and the CTF Pink Star, the 59.60-carat oval mixed-cut diamond sold at Sotheby’s in April 2017 for a record-breaking $71.2 million. (In 1953, Queen Elizabeth II had Cartier cut and set the Williamson into a jonquil flower brooch.)

The Williamson Pink Star, which was polished by Diacore, the same diamond manufacturer that cut the 59.60-carat CTF Pink Star into its final form, is also poised to make history. With an estimate of $21 million (HK$170 million), the cushion-cut diamond, unveiled on Wednesday in London, may set a new per-carat price record for a fancy vivid pink diamond.

“The discovery of a gem-quality pink diamond of any size is an extremely rare occurrence,” Wenhao Yu, chairman of jewelry and watches at Sotheby’s Asia, tells Robb Report. “The Williamson Pink Star is only the second largest internally flawless fancy vivid pink diamond to ever appear at auction, the first being the CTF Pink Star.

“With the recent closure of the Argyle mine, together with a limited supply and rising demand, prices for top-quality large pink diamonds over 5 carats has increased exponentially over the past decade, serendipitously setting the scene for the appearance now of this one-of-a-kind stone,” he adds.

Discovered at the Williamson Mine in Tanzania—the same mine that produced the Queen’s Williamson diamond—the Williamson Pink Star originated as a 32-carat rough diamond bearing the fine “bubblegum” pink hue for which the mine, one of the oldest operating diamond mines in the world, is known.

The Williamson Pink Star Diamond Set in a Ring  Sotheby's

While most colored diamonds derive their hues from specific trace elements—yellow diamonds, for example, get their color from nitrogen, and blue diamonds from boron—gemologists don’t fully understand what gives pink diamonds their blush. It is thought that distortion in the diamond’s crystal lattice, caused by tremendous heat and pressure during the stone’s formation inside the earth, lends the gems their distinctive coloration.

Pinks are among the rarest and most valuable of all colored diamonds, and those the size of the Williamson Pink Star constitute an even smaller subset. According to a letter about the gem from the Gemological Institute of America: “Attaining a fancy vivid color grade with pink diamonds in this size requires a very strong inherent body color in the rough crystal. It is unusual for pink diamonds to occur with a strong depth of color or saturation in any size. In addition to its exceptional color, the clarity is internally flawless—a special combination. Examples such as this are some of the rarest gems ever discovered.”