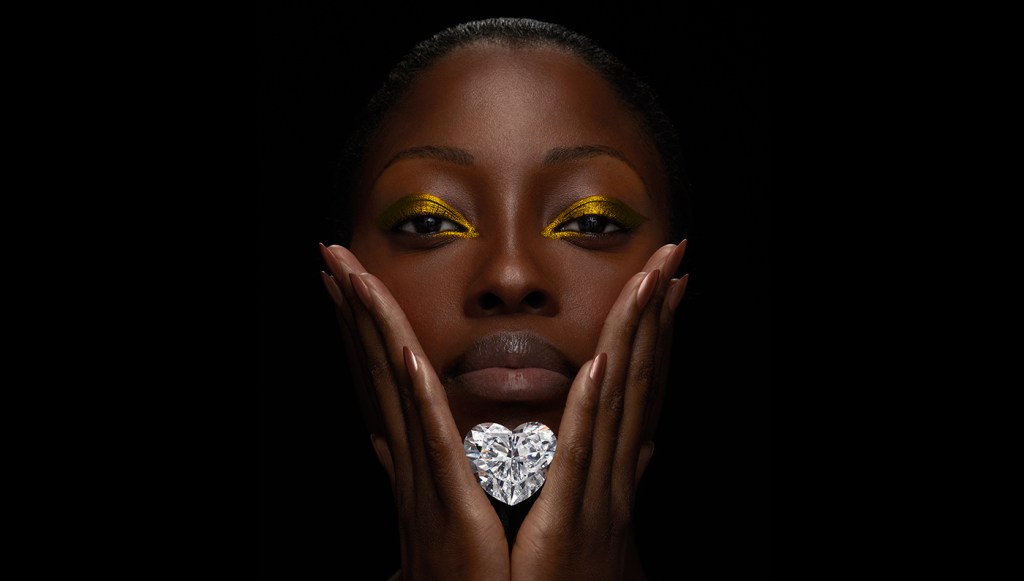 Want to make a grand statement of love this Valentine’s Day? Get your hand on this epic heart-shaped diamond.

The bold diamond merchant Laurence Graff made history when he unveiled the Graff Venus, a 118.78-carat D flawless heart-shape diamond in London last fall. It remains the world’s largest perfect heart-shape stone, and is arguably the most breathtaking in Graff’s contemporary series of record-breaking diamonds. In fact, more than half of the world’s largest and most exceptional 20 diamonds discovered in the past century have been cut and polished by Graff.

What makes Laurence Graff (chairman of Graff Diamonds) unique among diamond moguls is his willingness to take an exceptional rough diamond and cut it into a single large heart shape. Most dealers or executives would opt to cut several large D flawless gems from a single rough stone of this size and quality, but Graff likes to take risks and achieve the seemingly impossible. When Graff first laid eyes on the 357-carat rough diamond unearthed in the Letšeng Mine in Lesotho in 2015, he instinctively knew that he could transform this rock into a record-breaking stone. Still, there was significant risk in his choice of the heart shape due to the large possibility of cracking and the fact that so much diamond is lost in the process. Since this type of cleaving and polishing had never before been accomplished, the Graff team had to construct special tools to execute the process.

It took 18 months from discovery to analysis, cutting, and polishing, and when the result was unveiled in London last November, it was flawless and about the size of a walnut. When I held the stone in my hand at an exclusive preview, it had a surprisingly mesmerizing effect: Each facet let through the light and gave it an almost watery appearance. The GIA certificate revealed the highest grading that any stone can achieve: D Color, Flawless, and Type IIA with Excellent Polish, Excellent Symmetry, and No Fluorescence.

After more than six decades dealing in exceptional diamonds, Laurence Graff remains enthralled by this accomplishment, saying, “The stone itself is beyond words. It is the most beautiful heart-shape diamond I have ever seen.” (graffdiamonds.com)