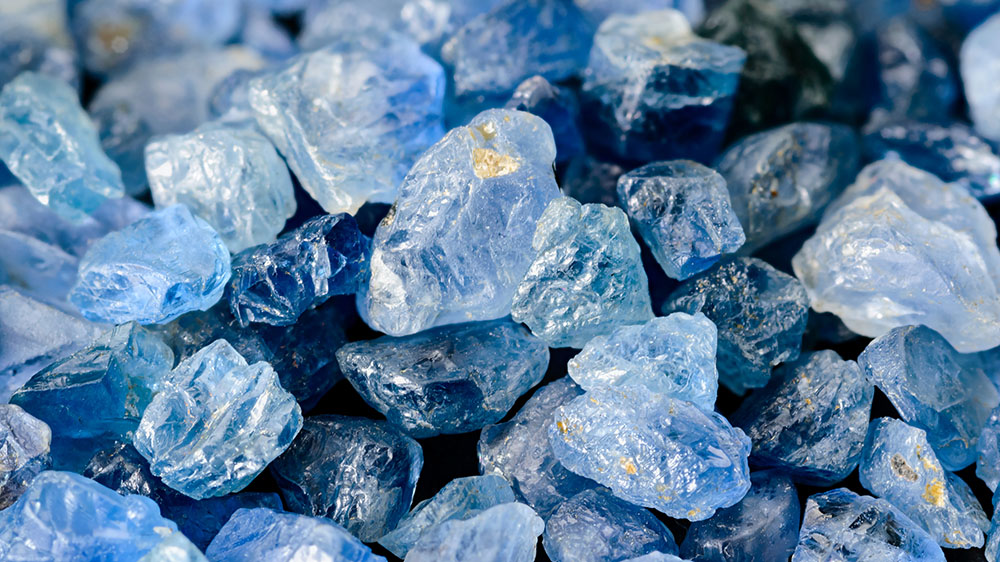 You never know what you might find in your own backyard. That’s certainly true for one Sri Lankan gent, who accidentally unearthed the world’s largest star sapphire cluster while renovating his home in Ratnapura.

The man in question, a third-generation gem trader who asked to be called Mr. Gamage, told the BBC the rarity was discovered by workmen digging a well in his backyard. The cluster, which has since aptly been named the Serendipity Sapphire, weighs a staggering 2.5 million carats or roughly half a ton. It could be worth as much as $100 million on the international market.

“The person who was digging the well alerted us about some rare stones,” Mr. Gamage told the news outlet. “Later we stumbled upon this huge specimen.”

It took more than a year to rid the cluster of impurities before it could be analyzed and certified. Throughout this process, a handful of stones fell out and were found to be high-quality star sapphires similar to the ones shown in the representational image above. While not all stones inside the cluster may receive such a grading, the sheer size of the Serendipity Sapphire renders it extremely rare.

“It is a special star sapphire specimen, probably the biggest in the world,” Thilak Weerasinghe, the chairman of the National Gem and Jewellery Authority of Sri Lanka, told the BBC. “Given the size and its value, we think it will interest private collectors or museums.”

Ratnapura, which literally means “city of gems” in Sinhalese, has become synonymous with precious stones after a long legacy of notable gem discoveries. Sri Lanka itself is a leading purveyor of precious gems and earned around half a billion dollars through exports of these stones last year.

That doesn’t make the discovery of the Serendipity Sapphire any less special, though. Experts believe the ginormous cluster, which has a subtle pale blue hue, formed some 400 million years ago. The fact that it was found by chance in someone’s backyard is, quite simply, an astonishing stroke of serendipity.