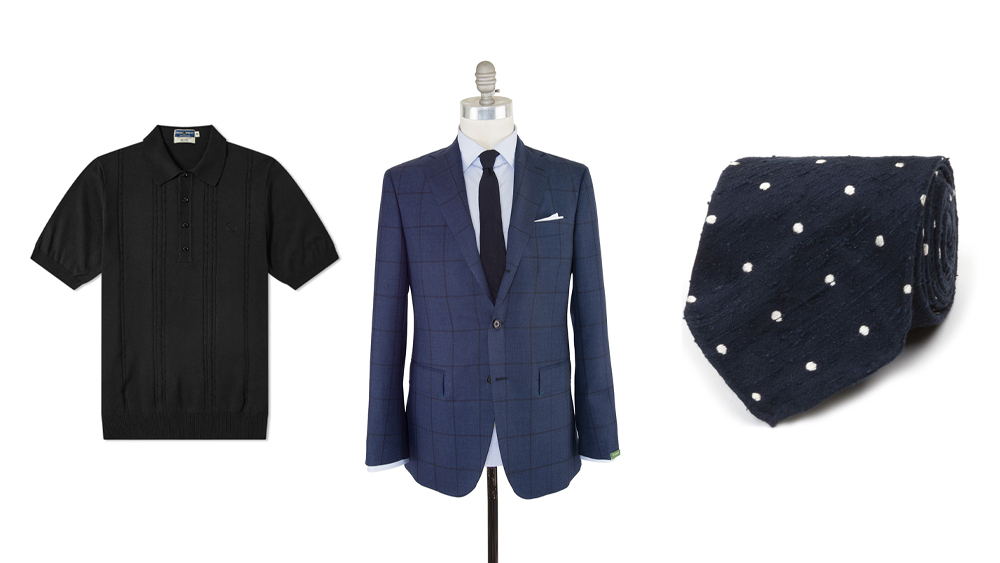 There are some guys who manage to look brilliantly stylish at every stage of their lives, but there are also other men of a certain age who have a tendency to let a kind of sartorial laziness creep into what they wear every day. If that’s started happening to your dear old dad, know that you don’t have to replace his entire wardrobe to send him back in the right direction. In fact, Father’s Day is a perfect excuse to show him the big power of a small sartorial tweak. Little changes—like swapping careworn old jeans for something nicer, or upgrading an existing favorite to a version a bold new pattern—are steps in a more stylish direction. And each one will ensure your father looks his best, no matter his age. Below, we’ve rounded nine of our favorites to gift your dear old dad.

Knit polos are a quick way to add a touch of refinement to any outfit, while still staying true to a beloved paternal staple. (They’re also a sight more attractive than the shiny golf shirts your dad may have picked up from the pro shop at the club.) This offering from Fred Perry, who makes some of the most stylish polos available, has an appealing retro vibe he’s sure to appreciate.

These 3×1 jeans are a way to push dad toward something that’s not as baggy as what he’s used to, in a wash that he won’t scoff at. The comfort stretch in the Japanese-sourced denim will also provide just the right amount of give, for a relaxing fit that’ll work with almost everything he already wears.

Men with and without children are guilty of cramming too many things into their wallets. But you can help your dad avoid that with a slim replacement to his current billfold, like this cash-and-card-carrier from the leathergoods geniuses at the British house Smythson.

If your dad owns a pair of bulky shoes that have more in common with a barge than they do anything else, they’re a prime candidate to get tossed in favor of something that’s as sleek as a classic car. This particular pair of loafers from English brand Church’s is made from a rich and polished dark brown leather that will work with everything from jeans to suits.

Moscot’s take on the classic wayfarer style features a tough acetate and reliable construction—and what could be more fitting for your tough, reliable dad?

No one needs another boring blue suit—your dad included—but this windowpane option from Sid Mashburn is a great alternative to a standard navy two-button; it has some personality, but not too much that it feels unrefined.

Your father probably has a dozen and one ties already, but this Drake’s silk tie is handcrafted in London, ensure the finest British craftsmanship available. Additionally, the dot motif is an underappreciated pattern, elevating an already stylish look to something even more refined.

One thing that youths—and subsequently designers—have pulled from dad style is the value of a great camp shirt, so Father’s Day makes for a perfect time to reclaim a more stylish alternative for Pops. Cut boxier than a standard short-sleeved button-up for a casual look, this patterned shirt from Paul Smith is far more Goldblum than Lebowski. While there’s a chance your Dad might have a Hawaiian shirt of some sort, tell him this its trendier cousin, with a linen construction that will keep him cool while he’s manning the grill.

You might not think a lot about your dad’s underwear drawer—and if your dad is like most men, he probably doesn’t either. Which is why one luxurious pair pf Tom Ford’s new line of boxers makes such a great gift. It’s a reminder that even the most overlooked area of his wardrobe deserves some luxury.