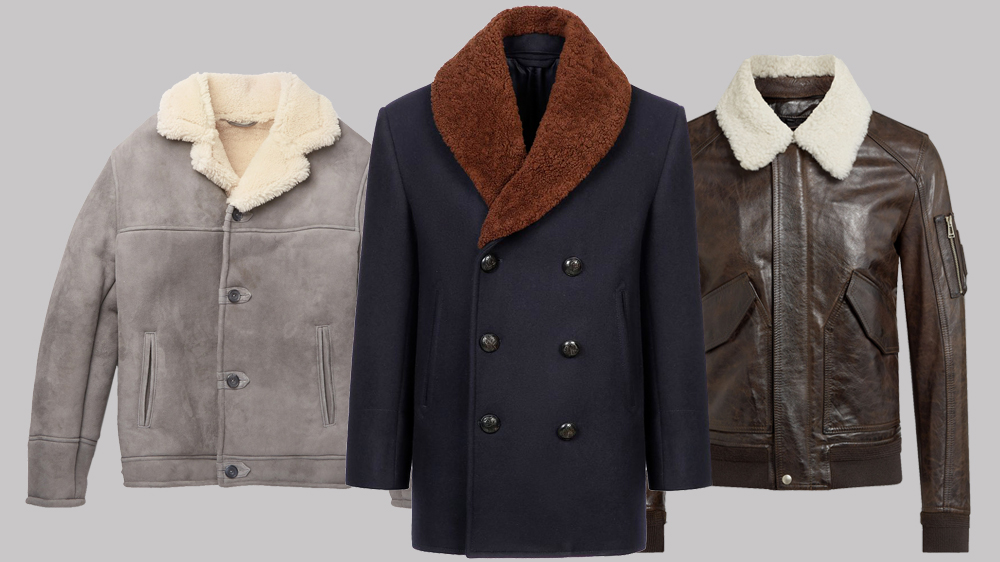 For some of you on the East Coast, this Thanksgiving is expected to be the coldest in 100 years. In the event that you are expected to attend a parade, go apple picking, or simply step outdoors, you might want to go ahead and splurge on a shearling. Plus, the Farmer’s Almanac is predicting a brutal winter going forward so it’s time to start preparing how you will bundle up in style. The Armoury’s collaboration with 70-year-old British leather makers produced one of the best, softest, and warmest shearlings of the season, while Kingsman’s light grey Statesman jacket provides a nice warm option at a shorter length.

If you’re living in more temperate climes, Loewe’s sporty lightweight, leather-trimmed shearling is a standout (but hurry up, because it’s going fast) and Belstaff’s aviator-style, which comes with just a touch of shearling at the collar, is a rugged style that works well dressed up or down.

Below are some of our favorite shearlings to top off your look as the degrees begin to drop. 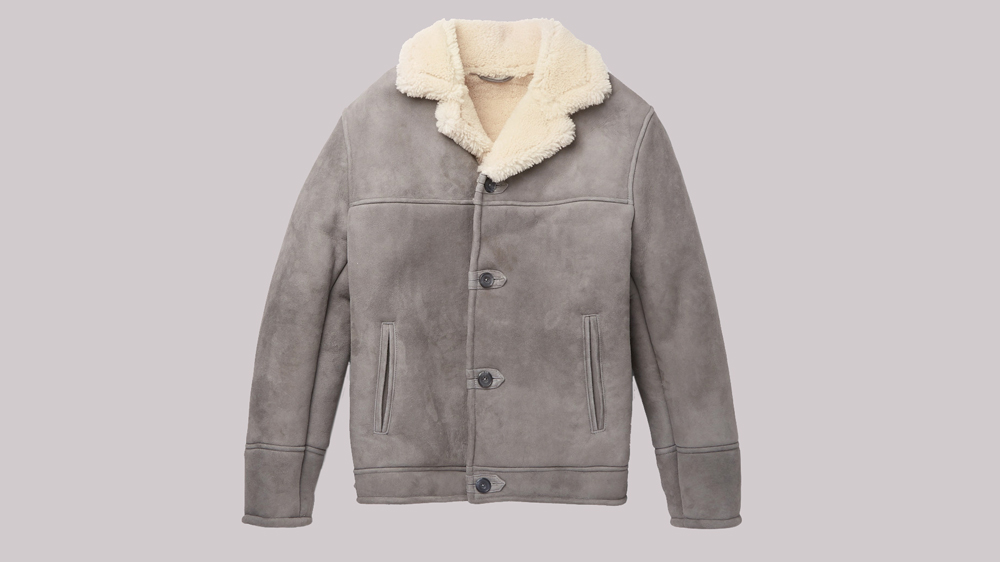 Tired of the traditional camel and cream shearling combo? Kingsman offers an updated take on the classic shearling jacket with a soft grey shade of leather ($2,495) that will wear just as well with your winter wardrobe as the original. 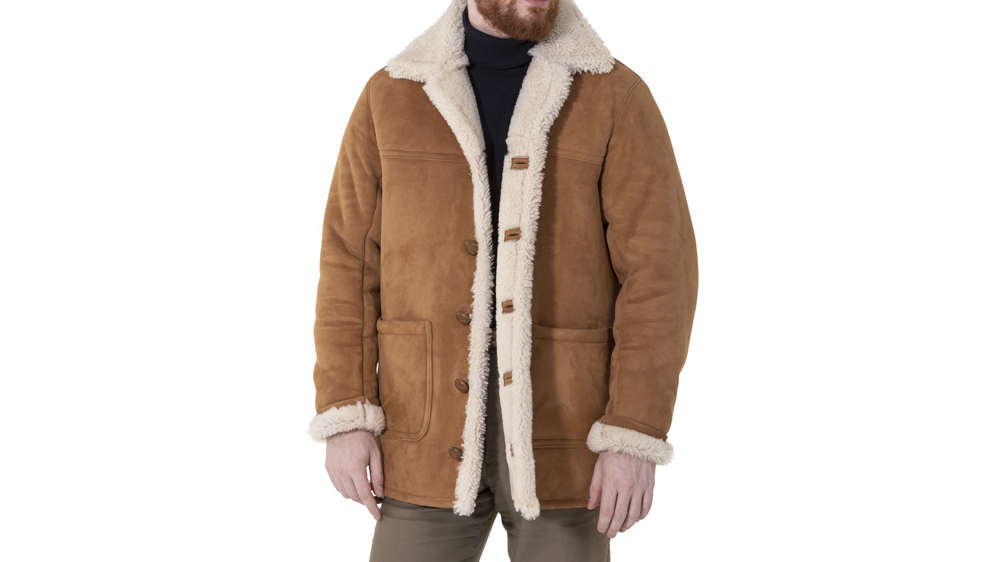 If a classic shearling is more your thing, then consider The Armoury by Owen Barry’s version to be the pinnacle. The coat’s exterior is as smooth as butter and its interior shearling is just a soft. It has enough heft to keep you warm, but without adding too much weight. And its surprisingly reasonable price of $1,900 won’t leave you feeling fleeced.

The coat takes inspiration from Alain Delon’s coat in the film Once a Thief (Delon’s son Anthony also has his own eponymous line of coats) and comes with a hidden “thief” patch pocket on the interior. 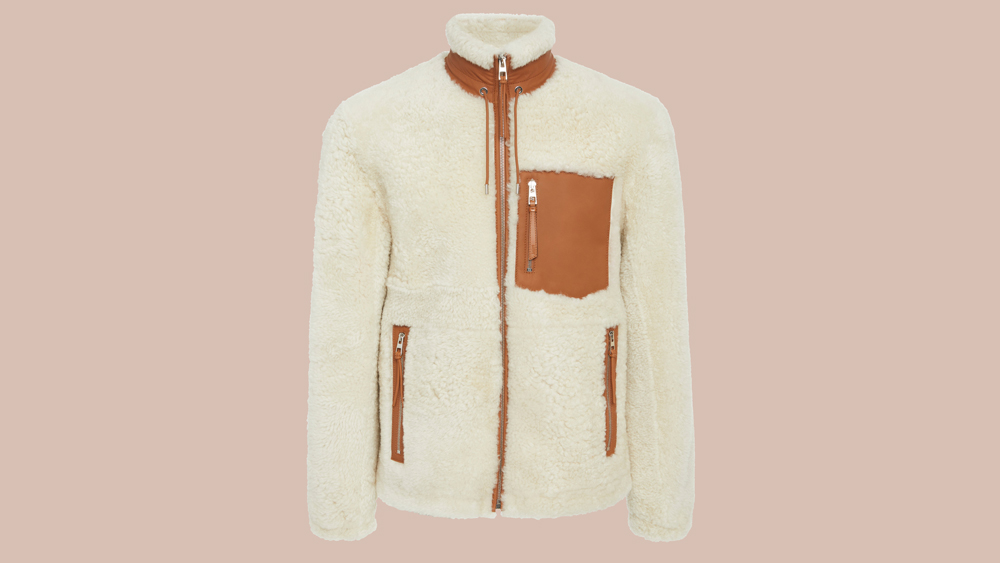 Loewe took inspiration from the classic Patagonia fleece zip-up and elevated with shearling accented in leather on the pockets, collar, and zippers. The laid-back richness of the jacket has been popular and the style has been flying off shelves (it’s already sold out at Mr Porter and ModaOperandi), but you can still find it in limited sizes at Barneys. 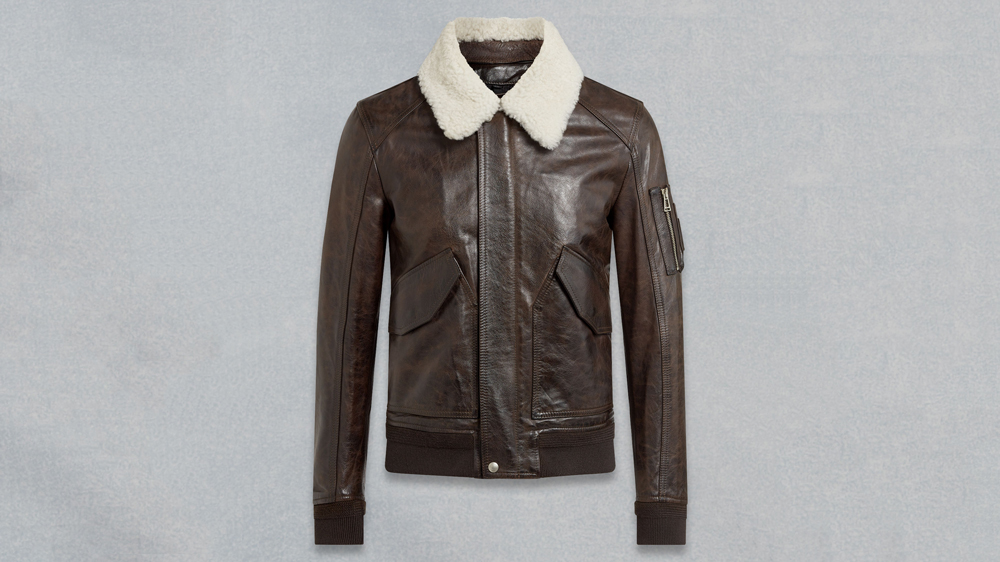 The leather aviator jacket with a shearling collar never goes out of style, and gets perennially updated. Belstaff’s “Arne” bomber ($1,695) comes in a rich, chocolate brown waxed leather, whose inherent “flaws” add a rugged depth to the style. Pair with dark denim or a grey or olive wool trouser to complete the look. 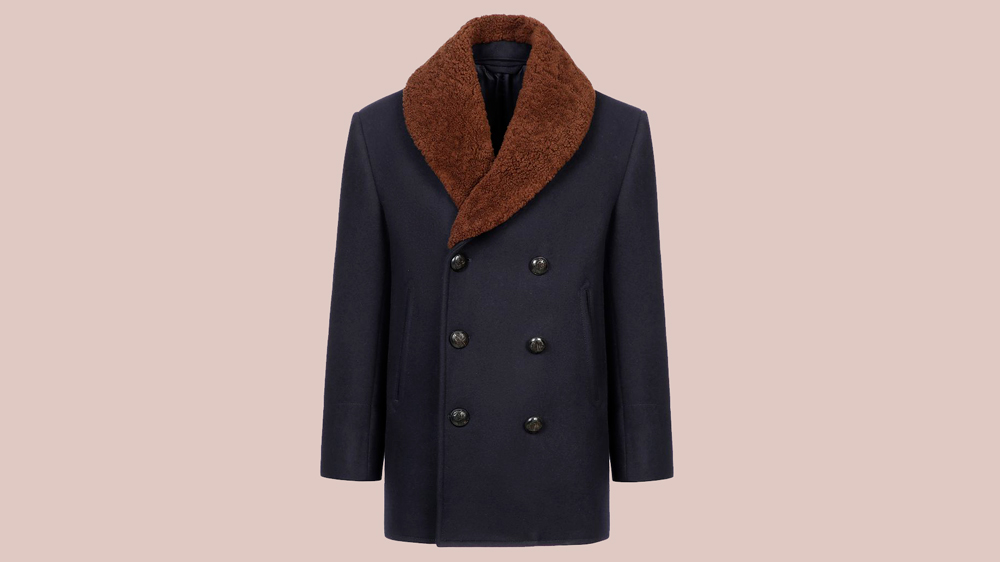 The brown shearling collar on Brioni’s navy double-breasted wool coat ($6,700) adds a nice contrast to the topper, but it’s also detachable for situations when a shearling shawl collar might not fit the bill. It’s functional features don’t stop there—the coat is water repellent and is designed to be roomy enough to fit comfortably fit over your sport jacket. 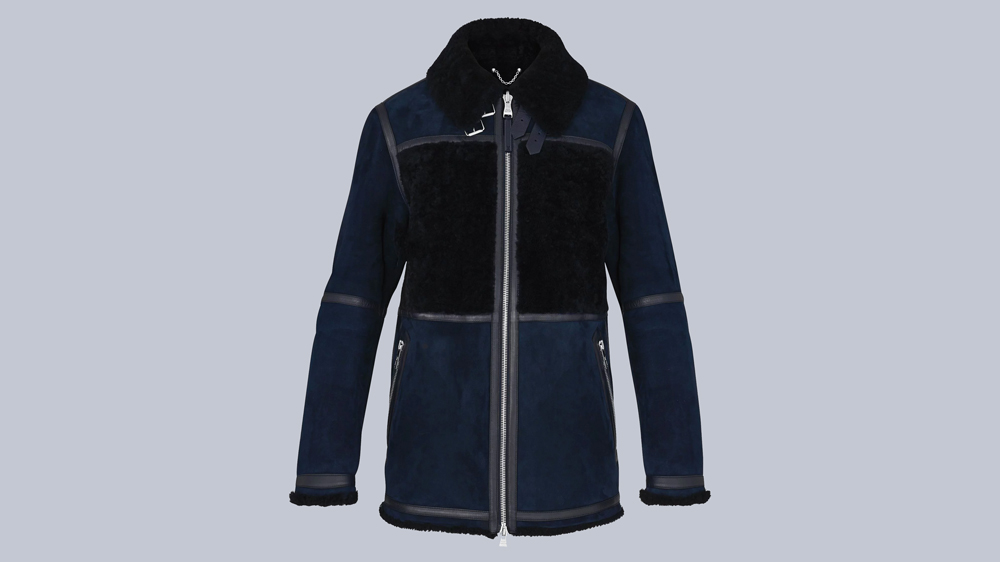 Louis Vuitton’s color blocking contrast of midnight blue and black on its shearling “Aviator” parka ($7,600) are further highlighted in a textural design that uses both sides of the shearling on the body of the jacket. It also comes with a collar that can be flipped up and buckled for extra protection against the elements. 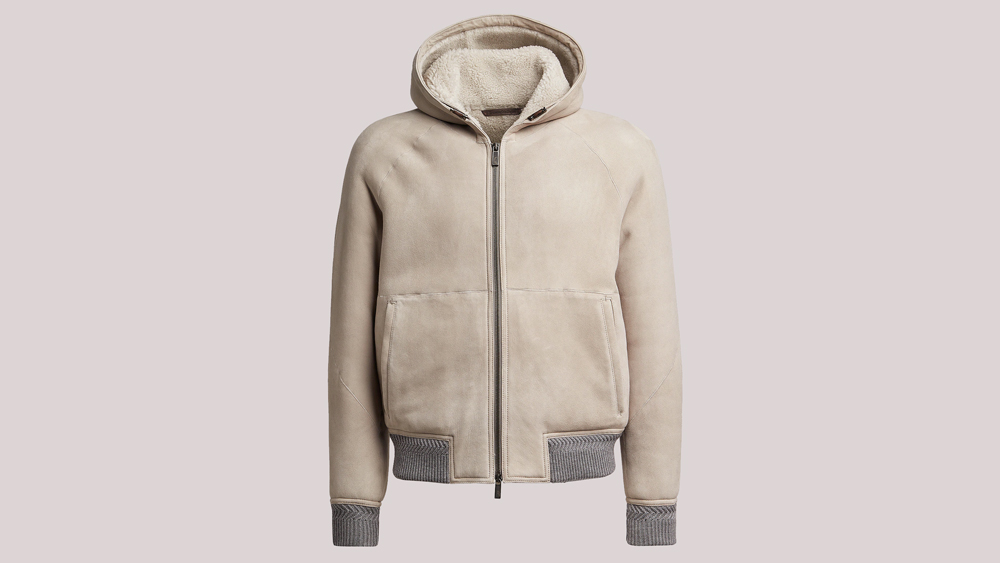 If you’ve always wished your hoodie could be your year-round outerwear option, Ermenegildo Zegna has just solved you wardrobe problem. The Italian house has created a stone-colored sueded jacket lined in shearling ($4,995) that blends the feel of a bomber with the look of your old cotton hoodie so that you don’t have to always resort to a parka or wool dress coat.

Streamlined, Soothing and Pragmatic: How the Pandemic Influenced This Spring’s Luxury Menswear

The 13 Style Books Every Man Should Own, Read and Learn From 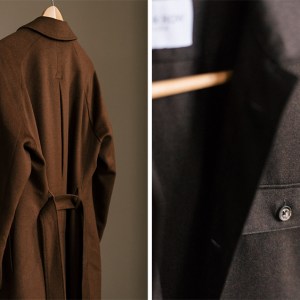 Bespoke From Basketballs to Boxers: 8 Surprising Things You Can Order Bespoke

Robb Recommends Deal Sheet: From Berluti to Ray-Ban, the Most Luxurious Discounts Online This Week
ad