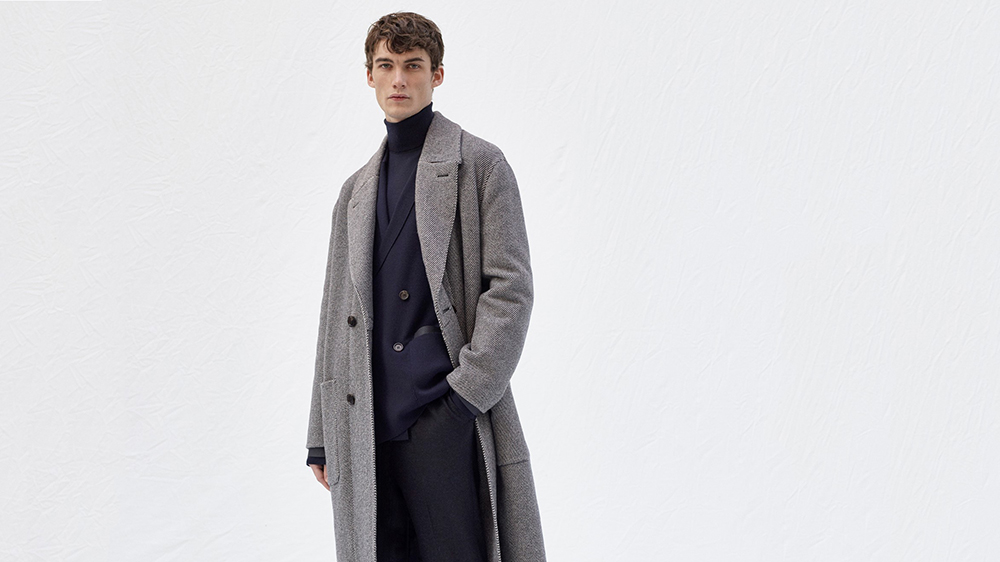 After a 20-year hiatus, Agnona is stepping back into the menswear game.

The rarefied Italian brand with a reputation for incredible cashmere is officially expanding its menswear offering—or, more accurately, reintroducing itself to the category.

Agnona once boasted a solid men’s fashion offering during the ’80s and ’90s, but that arm of the brand shuttered in 2000. Its newest incarnation aims to fill a void in the current market. “What’s missing is something that feels very masculine, luxurious and has a kind of casual sensibility without being streetwear,” creative director Simon Holloway told WWD. “Something that you can feel that you are dressed properly.”

Holloway’s lineup is very much in keeping with the kind of louche, unbothered aesthetic he’s established on the women’s side of things. Unlike most other heritage brands of its ilk, Agnona, which was founded in 1953, doesn’t focus so much on strict suiting––there’s only one in the inaugural collection, and it’s made from supple wool and cashmere flannel jersey coupled with matching joggers. In fact, the collection is entirely made of separates that can be mixed and matched with just about anything else. The designer aimed to achieve something akin to a rugged take on Ivy League dressing, a kind of European view of American prep that knocked out any stuffiness.

The relaxed attitude permeates every element of the collection, especially the choice of fabrics: cashmere tweed, soft leather trim, cashmere-silk blends. Agnona is expert at making knitwear, and there is no shortage of excellent examples here, some even produced using seamless knitting to improve fit and feel. That treatment was given to the luxe cashmere styles, which come in a multitude of heavy gauges that should be able to combat even severe chill.

Company CEO Alessandra Carra said the brand expects menswear to account for 35 percent of the brand’s revenue within the next five years. That projection is due, in part, to the booming menswear market—as well as to Agnona’s coming expansion. The brand is planning to add two more stand-alone stores to its current roster of eight, with more in the works.

“We strongly believe that the men’s market has huge potential, and we are aware of the fact that many customers currently can’t find what they are looking for in stores,” Carra told WWD. Time will tell if Holloway and company have the answer.