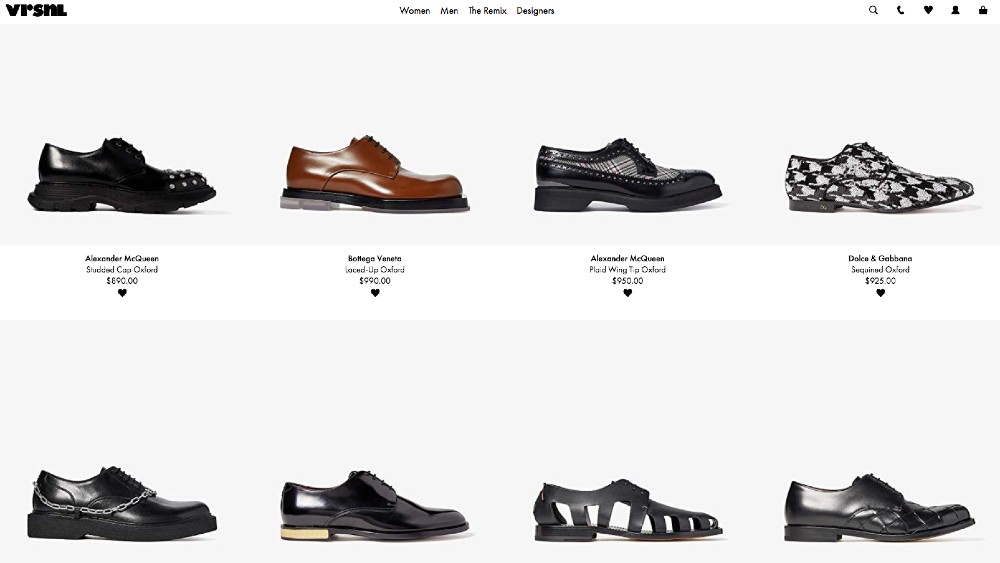 Amazon caused quite the fashion kerfuffle when rumors of a luxury fashion site under its umbrella were first reported. But it turns out the online retail giant has secretly operated one for months.

Cryptically called VRSNL (and pronounced “versional”), the site is operated by Amazon-owned Zappos which, at this point, is little more than a shell operating under the smiley-face banner. According to Business of Fashion, the website went live in September to precisely zero fanfare or advertising and a blank Instagram profile. The roster of brands currently on offer lean heavily towards the highest end of the designer range––Rick Owens, Versace, Burberry, Bottega Veneta, Prada––with a handful of mid-range and lower-tier labels, like Vans, which have a special selection.

Whether the company still plans a more extensive luxury platform in the future remains to be seen, but VRSNL could represent a testing grounds of sorts for Amazon. And thus far, it doesn’t look like the initiative has had a hard time convincing high-end labels to come aboard. Even as LVMH’s Bernard Arnault flatly stated that none of the luxury conglomerate’s brands would participate should Amazon move forward, it looks like archrival Kering isn’t taking the same position.

François-Henri Pinault, owner of Kering and Arnault’s chief competitor in the luxury space, appears to have taken a liking to the concept. Several of the brands within the Kering group––Alexander McQueen, Saint Laurent, Bottega Veneta and Gucci––are represented on the site, though so far only accessories and shoes appear to be available. Rick Owens, which is independently owned, made perhaps the largest investment in VRSNL by offering an entire range of ready-to-wear, accessories and shoes.

To date, Amazon hasn’t commented or acknowledged VRSNL. Indeed, the company has been consistently tight-lipped about its fashion-related plans. But as a nod to fashion labels that may be concerned about housing their wares under an online retailer’s banner, the platform will reportedly offer individually designed, branded landing pages for each company. And if that’s not enough to lure the likes of LVMH, Amazon’s vast data-gathering apparatus could represent another appealing carrot for luxury labels that want to learn more about their customers, as more and more of their purchases migrate online.

Time will tell whether Amazon will go all in on the luxury experiment—and whether luxury labels will ultimately think it’s worth the effort. But amid Amazon’s current online market dominance, we wouldn’t bet against it.