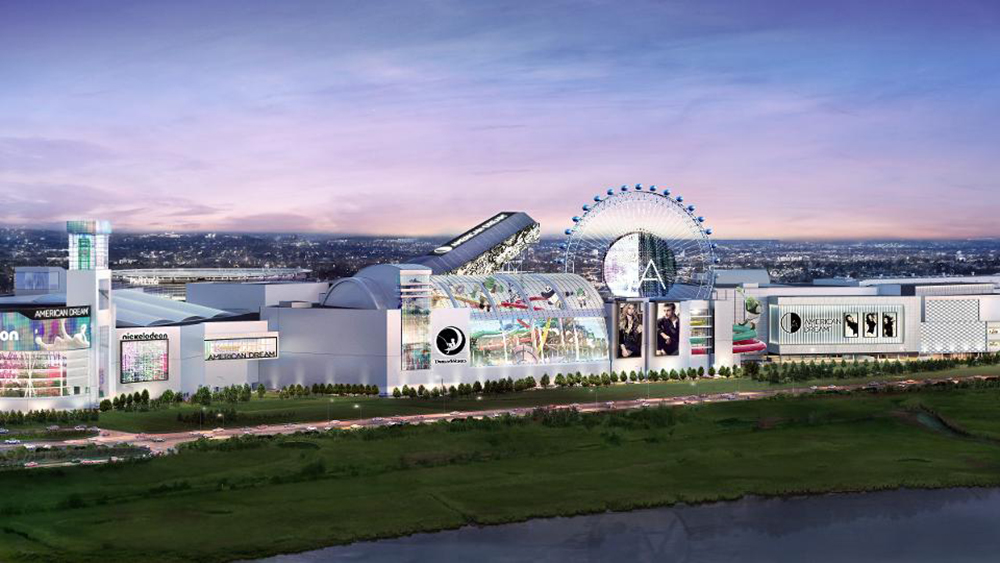 What does the American Dream look like manifested in physical form? On October 25, one of North America’s biggest developers will offer up its own answer.

That’s when a new 3-million-square-foot American Dream mall will open in East Rutherford, NJ, offering a unique (and uniquely big) blend of shopping, entertainment and theme parks. According to WWD, the mall, which ranks among the biggest shopping centers in the country, will be anchored by outposts of the luxury retailers Saks Fifth Avenue and Barneys New York, as well as other high-end brands, including Hermès, Tiffany & Co., Dolce & Gabbana and Moncler. Watch collectors will be happy to know the mall will also include a Watches of Switzerland store.

But even those heavy hitters can’t take up all that space. In fact, only 45 percent of American Dream’s square footage will go to locations where the primary focus is on buying things. In an appeal to younger shoppers, the vast majority of the mall’s area is reserved for “experiences.” Which is why in renderings, the property can look a little more like an Orlando amusement park. The site will play host to a new DreamWorks Water Park (which will be the first indoor water park in the country when it’s completed), a Nickelodeon Universe Theme Park, an 18-hole Angry Birds miniature golf course and even an NHL-sized ice hockey rink. And depending on who you’re talking to, the piece-de-resistance might just be the Big Snow Ski and Snowboard Park, the first indoor snow sports center in North America.

To assemble one place where you can buy a Brunello Cucinelli sweater and then hop on a Ferris wheel in the same day is impressive—and Triple Five group knows this better than other mall developers. Its other big properties include the current biggest mall in North America, Canada’s 2.9-million-square-foot West Edmonton Mall, and the massive 2.5-million-square-foot Mall of America in Bloomington, Minnesota.