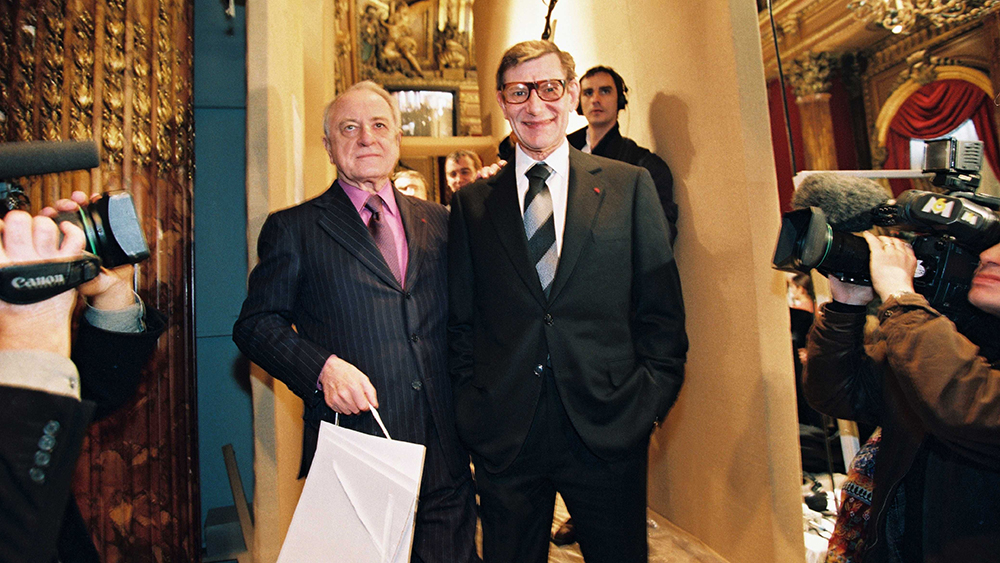 The history of Yves Saint Laurent’s eponymous fashion house is industry legend. An intense romance and business relationship between Saint Laurent and partner Pierre Bergé inspired no fewer than two feature films in recent years. It’s enough to make one wonder what actually happened behind closed doors. A forthcoming documentary newly released after being kept unseen for nearly 20 years finally eliminates the guesswork.

Bergé contacted young French filmmaker Olivier Meyrou in 1998 and tasked him with creating a documentary about Saint Laurent. The project, entitled Celebration, took three years to complete with Meyrou constantly recording to garner a more intimate view of the fashion giant. Initially screened at the Berlin International Film Festival in 2007, Bergé found its content far too revealing and pursued legal action to impede its release. After he and Meyrou made amends years later, Meyrou received permission to release a slightly edited version two years before Bergé’s death in 2017.

After opening at Film Forum in New York City last month, it will see a wider international release beginning this Thursday. But why exactly did it take so long to see the light of day? Meyrou told The Hollywood Reporter, “We started shooting in 1998, and Bergé let us have total freedom. He never told me what to shoot. At one point, I realized Bergé wanted to come to the editing suite…He was like the screenwriter of the myth of Saint Laurent, staging everything, telling Yves, ‘Sit up straight, don’t lean on the table.’ He was a control freak.” It was the need to control the narrative and legacy of Saint Laurent that Meyrou contends was the reason for the film’s halt.

But it was that kind of intimacy and unvarnished reality captured by Meyrou which makes the documentary so captivating. The rigor of the creative process as overseen by a lion-like businessman (Bergé) and recoiling genius (Saint Laurent, who Meyrou claims was so shy the crew had to remain hidden to film at times) makes for a drama like no other.