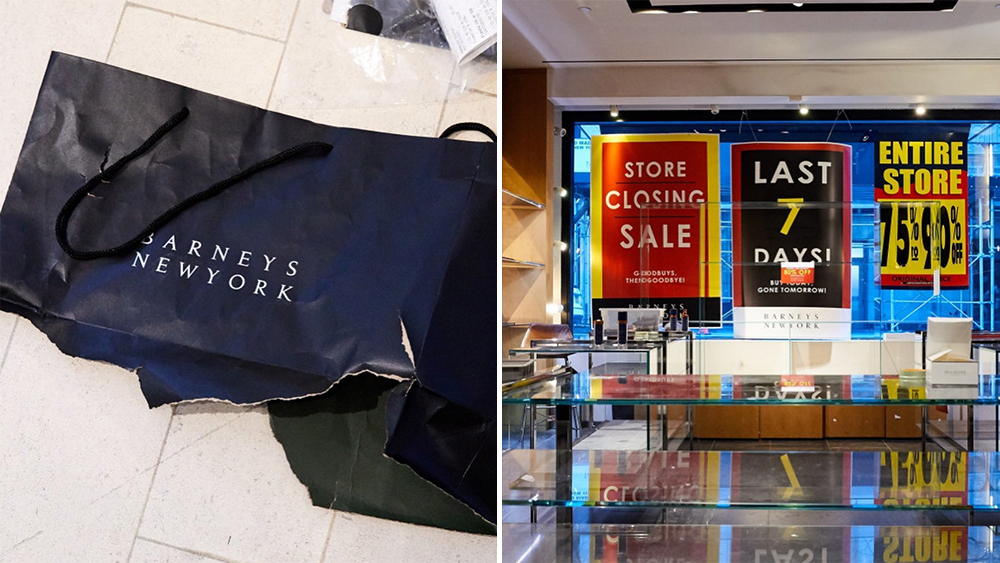 The death of Barney’s, once a trend-making (and breaking) fashion retailer, has been a slow and nostalgia-filled process. But the end has finally arrived: The brand’s flagship store on New York’s Madison Avenue will officially shutter this Sunday, along with its other remaining shops around the country.

WWD surveyed the scene this week to document the retailer’s final days. From the looks of it, the end of the department store has been bleak, as garish “Everything Must Go” signs flash in windows where Prada’s latest was once displayed. The newspaper found the massive store essentially hollowed out with empty makeup and fragrance counters, suspended hanging racks floating empty beneath some of fashion’s biggest names.

That scene is a far cry from the store’s legendary heyday, when the Barneys felt like a kind of cultural hub to those that worked there. Gene Pressman, a member of the store’s founding family and its creative director from 1972 to 1998, told WWD: “It felt like we were in the theatrical business, creating theater, because in those days fashion was the leader—it influenced music, motion pictures, it influenced art—it was the impetus of everything.”

Other fashion-world figures have echoed that sentiment amid news of the store’s closure. As culture writer Cintra Wilson wrote on this site, for certain New Yorkers the loss of Barneys represents more than just the end of a high-end department store. “To devoted fashionistas, the demise of Barneys has been a blow almost comparable to hearing that David Bowie died again, or watching someone chain saw a Steinway in half to use the wood for a bonfire,” she wrote.

These are the last days of Barneys. Standing smack-dab in the middle of Barneys New York’s subterranean beauty floor at its Madison Avenue flagship, the onetime beacon of luxury commerce now resembles a set from the depths of a Space-Age horror film. Light bounced off the stark white fixtures that once held tubes of luxury lipstick and antiaging potions as fluorescent track lighting flickered along a mirrored wall where perfume bottles had been displayed like prized whiskies. They were gone, as were all of the skin-care testers — save for a few straggler bottles of Augustinus Bader’s much fussed about $300 “miracle” cream, which seemed to have been strategically decanted of their contents. What was once at the cutting edge of fashion, entertainment and consumption has quickly been rendered as a time capsule from grander, off-line times. Barneys’ famed flagship will close on Sunday, sold through of its last stained velvet chair and scratched steel display case.“This is Stanley Kubrick-esque for sure,” said a stationery designer, who once sold at Barneys and had returned to document its final days with a series of cell-phone photos. Over the last week, the dissolution of one of New York’s top retail icons became a spectator sport for all walks of life — including WWD’s cab driver home from the store one recent evening, who had gone to comb through the sale. More on WWD.com Report: @mistywhitesidell 📸: @masatoonoda #wwdnews #barneysnewyork

This is not the first time Barneys faced financial difficulty. The retailer also filed for bankruptcy in 1996, but it managed to stay afloat for 23 years more years until once again filing for Chapter 11 last year. The second time around the retailer struggled to find a buyer until Authentic Brands Group snapped it up in November, essentially for scrap. After the purchase, it quickly became clear that ABG did not acquire the store to restore it to solvency but rather to license the brand name and sell off everything off it could.

At its peak, Barneys was indeed a trendsetting hub for fashion, as well as a New York institution. It was the first department store in the US to import brands like Giorgio Armani, Azzedine Alaïa, Versace and Comme des Garçons. Its shop floor acted as a kind of staging ground for the most daring brands to introduce themselves to a fashion-savvy public. If a label succeeded at Barneys, it knew that countless other retailers would open their doors.

Mateless shoes, empty racks and beat-up boxes are not the ending tableau most would’ve imagined for Barneys. But seismic shifts in brick-and-mortar retail don’t make exceptions for legacy. Soon enough, a new tenant at will take over the Madison Avenue space that Barneys occupied for decades. Whatever success they enjoy, we doubt they’ll be as memorable. 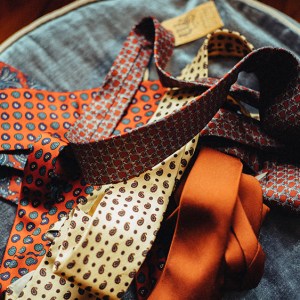 Vintage J. Press Is Hard to Find, but the Brand Just Dropped a Collection of Old Wares 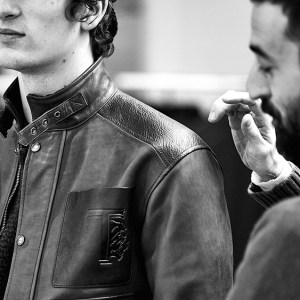 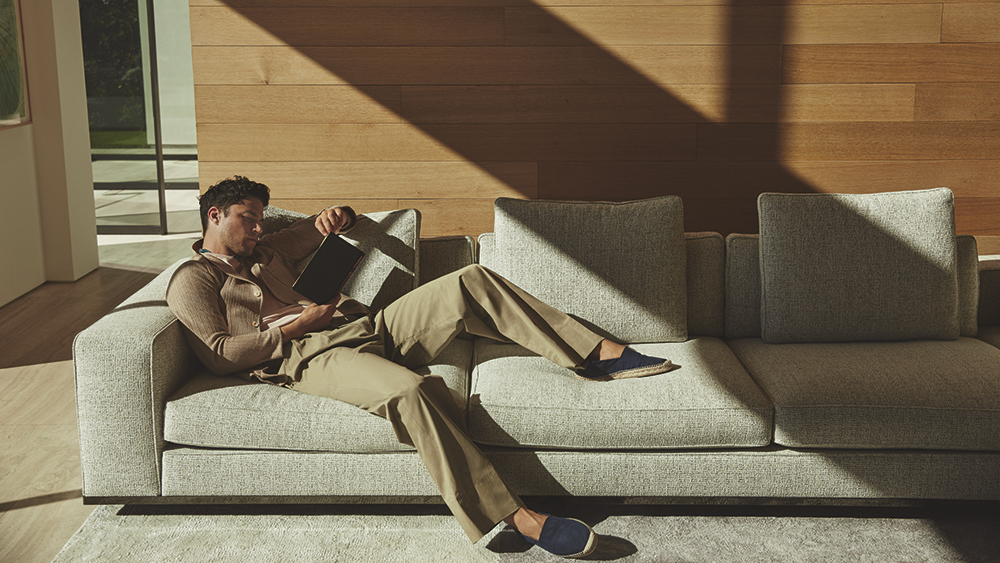 Brunello Cucinelli Loosen Up: How to Wear This Spring’s Light, Airy and Laid-Back Menswear
ad