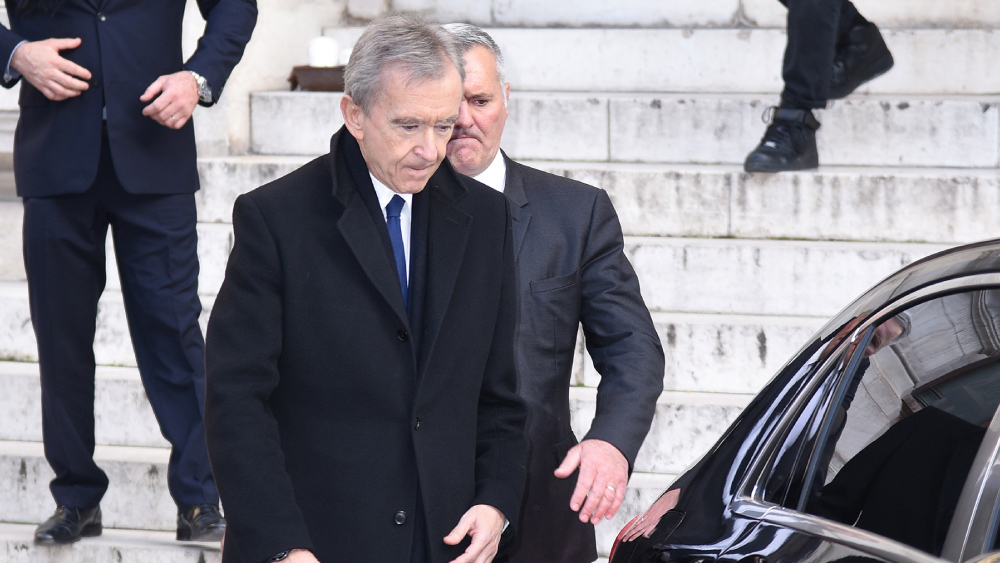 The world’s leading luxury executive is almost back on top.

After a serious stock rally added $7 billion to his already considerable wealth, LVMH owner Bernard Arnault is officially the world’s second-richest person with $137 billion to his name, according to Forbes. The surge came on the heels of the news that American pharmaceutical corporation Pfizer has a promising trial vaccine to prevent the spread of Covid-19. This most recent increase caps off a fruitful two weeks which have seen Arnault’s wealth grow by $16 billion, a sum now more than the price his company paid to acquire Tiffany & Co.

Late last year, the business titan was (very) briefly the world’s wealthiest individual before scooting down a couple of notches as the coffers of Amazon’s Jeff Bezos ballooned. Arnault has seen the value of his luxury conglomerate plummet as the coronavirus pandemic has forced most of his brands––which include the likes of Louis Vuitton, Dior and Fendi––to temporarily shutter stores, and as travel restrictions have eliminated the lucrative line of tourist spending.

Strong sales of LVMH accessories in China have been able to recover some of the group’s Covid-induced losses.  Courtesy of LVMH

Arnault currently sits between top-ranked Jeff Bezos who has a net worth of $184 billion and Bill Gates whose net worth is $119 billion. According to Bloomberg’s Billionaire’s Index, there are now five billionaires (including Mark Zuckerberg and Elon Musk) in the world worth at least $100 billion; this is the first time that’s ever been the case. It’s significant that Arnault, who trades primarily in luxury fashion and leather goods, sits neck and neck with the most influential tech entrepreneurs.

However, the recent windfall doesn’t mean there aren’t still considerable hurdles for Arnault if he hopes to see his business recover. Unlike some of the billionaires ranked at the top of the list who saw their valuation explode during lockdown (such as Bezos), Arnault watched his fall. Luxury fashion has been slow to embrace digital leaving several LVMH brands without a substantial e-commerce footprint to make up for the elimination of most in-person transactions.

Fortunately, the business is turning around. Because China’s lockdown was so restrictive, it was also shorter, which has allowed customers to return to stores where they were ready to spend. But with coronavirus once again surging across Europe and rates higher than ever in the United States, this recovery is almost sure to be a shaky one.