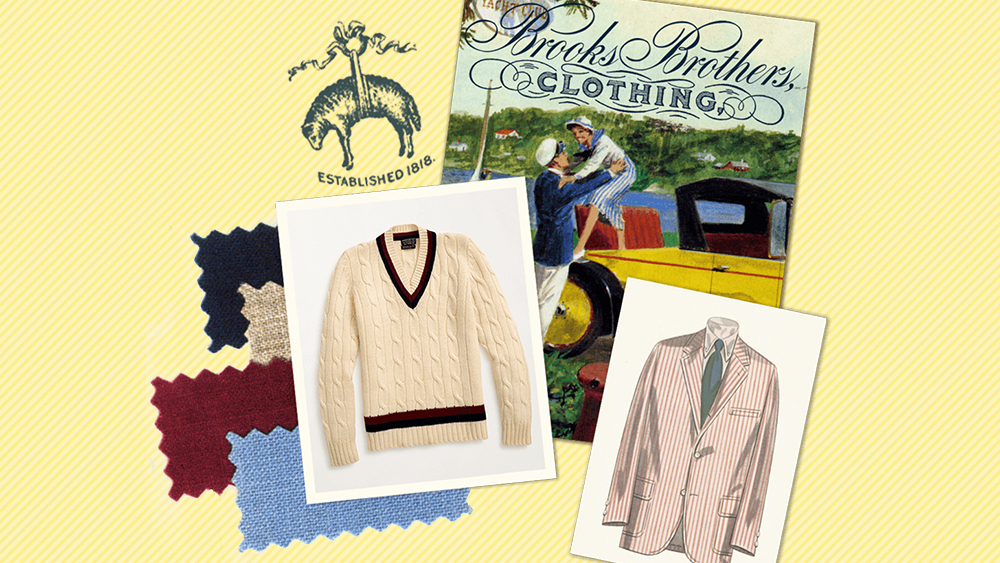 As a brand with more than two centuries of business, Brooks Brothers is an ardent guardian of its past. And now, for the very first time, the legendary American outfitter is selling it through an online vintage shop created in partnership with Sean Crowley, the bygone menswear dealer of Crowley Vintage.

Its initial assortment, which went live last week and largely sold out in a matter of days, was personally selected by recently appointed creative director Michael Bastian and encompasses everything from a 1930s collapsible silk opera hat to a ‘60s madras sport coat and a 1980s short-sleeve tartan windbreaker. Each listing includes a detailed description from Crowley, and buyers will receive a card certifying the authenticity of their purchase.

According to CEO Ken Ohashi, the assortment’s diversity is a testament to the role Brooks Brothers has played in introducing new items to the male wardrobe. “Most people know that we created the button down and made the navy blazer mainstream, but Brooks Brothers also brought innovations such as madras, seersucker and the polo shirt to the consumer as well,” he says.

This is not the first time that Crowley, who maintains a physical store at 147 Front Street in Brooklyn, has partnered with the brand. In 2018, Brooks Brothers tapped him as a consultant for its 200th-anniversary exhibitions held in New York, Florence and Tokyo.

Crowley has been collecting vintage Brooks Brothers for 25 years and begin his career working for the legendary Bobby Garnett of Bobby’s from Boston. Despite the brand’s longevity, Crowley says that vintage Brooks Brothers is surprisingly difficult to source. “My theory is that because it’s so evergreen, men wore their Brooks stuff just until it disintegrated. They just wore it until it didn’t exist anymore.”

A recent surge of interest in vintage clothing has only compounded the problem. “There’s absolutely no question that it’s gotten harder to find,” Crowley says. “In the last few years, it’s really changed. Once upon a time, you could just go to any thrift store and walk out with an armful of great old Brooks ties…now it’s just not the case anymore.”

Fortunately, Crowley’s stash is far from finished, and new pieces will be added to The Vintage Shop periodically. The first update is expected to come this Friday and will include such additions as a 1970s red tartan poplin short-sleeve shirt, a 1980s striped silk repp tie, and a Reagan-era triple patch pocket crest blazer. According to Ohashi, the endeavor’s early success may even prolong its lifespan.

“We went in with the intention of it just being a project but, given the reception we received, we are thinking on how to make the vintage shop a permanent part of our shopping experience,” he says.

In addition, Ohashi has enjoyed soaking up the sense of history that comes with selling vintage clothing. “We are especially inspired by the stories behind the purchases,” he says. “So many customers share stories about trends they love, and their parents or grandparents wearing Brooks Brothers.”

What’s become clear is that after a tumultuous year in retail, which saw the stalwart brand declare bankruptcy, the future of Brooks Brothers’ past is looking good.