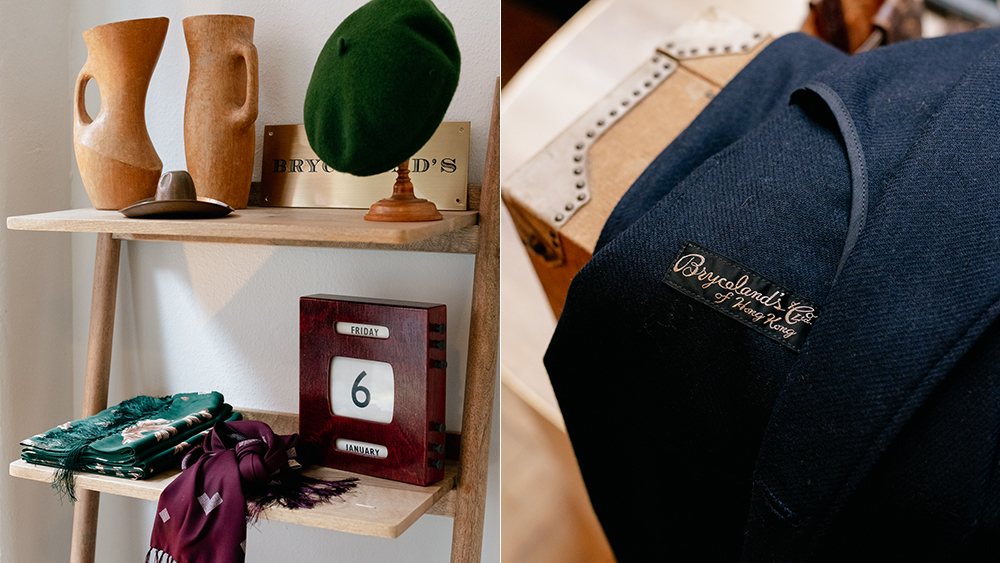 Bryceland’s, it could be said, is your favorite men’s store’s favorite men’s store. Since opening its original Tokyo location in 2016, the shop has earned a cult following among stylists, designers, retailers and other industry insiders drawn to its vintage-inspired designs and relationships with specialist makers.

In all that time Bryceland’s has remained an exclusively Eastern Hemisphere affair, with its second store established in Hong Kong in 2017. But the brand has gone west at last, with the opening of its latest store in London’s Marylebone neighborhood.

Thanks to its online sales, Bryceland’s had already found a toehold in Great Britain and the Continent: co-founder Ethan Newton says that UK and EU sales have together accounted for about 20 percent of its overall business. He believes that a brick-and-mortar presence will help attract a broader range of clients from the UK and beyond.

“I think Europe should hopefully open that, and maybe get more customers coming in who are not necessarily from the rag trade but are in other industries,” he tells Robb Report.

It’s not difficult to see what drew menswear aficionados to Bryceland’s in the first place. Newton and his fellow cofounder Kenji Cheung are seasoned vintage collectors. This passion is realized across more than a half-dozen house labels that together represent a sort of alternate universe, one where Bryceland’s has been making the good stuff for decades.

For instance, the Cowboy Label draws on American western wear from the 1940s and ‘50s and includes the brand’s best-selling sawtooth western shirt. There’s Black Bean, whose Gurkha shorts, army chinos and safari jackets take inspiration from the sporting culture of the American Northeast (and Newton’s extensive collection of L.L. Bean catalogs). Bryce-Down, meanwhile, picks ups where the outerwear makers of the 1960s and ’70s Pacific Northwest left off, producing anoraks or down jackets from early technical cloth blends.

While the eras and styles that inspire its clothing are diverse, what binds them together is a particular viewpoint and philosophy. “I’d say what we’re trying to create is beautiful, classic clothing that is essentially clothing and not fashion,” Newton says, adding that the assortment’s aesthetic remains stable from season to season and that the wares never go on sale.

The look of the new shop, however, does represent a small change for the business. While its Asian locations had what Newton describes as a “1920s gaslight feel” with dark woods and heavy furniture, the Marylebone shop will be brighter with white floorboards and a more mid-century feel. And while its inventory will remain similar to what can be found in the other Bryceland’s locations, the London outpost will stock larger sizes.

The store will also serve as a hub for the international artisans that Bryceland’s partners with. Its January 14 opening day saw a trunk show with California’s Wellema Hat Co. and the Texan silversmith Red Rabbit Jewelry Co. In the near future, made-to-measure and bespoke will be offered during visits by the Hong Kong clothiers W.W. Chan and Ascot Chang, as well as the Japanese shoemaker Seiji McCarthy and bespoke Tokyo tailor Anglofilo.

In addition, Bryceland’s plans on using its new global status to partner with UK makers that can be hosted at its Tokyo and Hong Kong stores for trunk shows. Newton also hints that a skip across the Atlantic is in the cards, teasing the prospect of a New York visit later in the year.

Between its many house labels and global partnerships, Bryceland’s business model may start to feel as layered as a Russian nesting doll. But when reflecting on one of the Black Bean label’s key inspirations, L.L. Bean, Newton brings the shop’s humble ethos home.

And in the form of Bryceland’s, London has gained a new retailer of goods like no other.