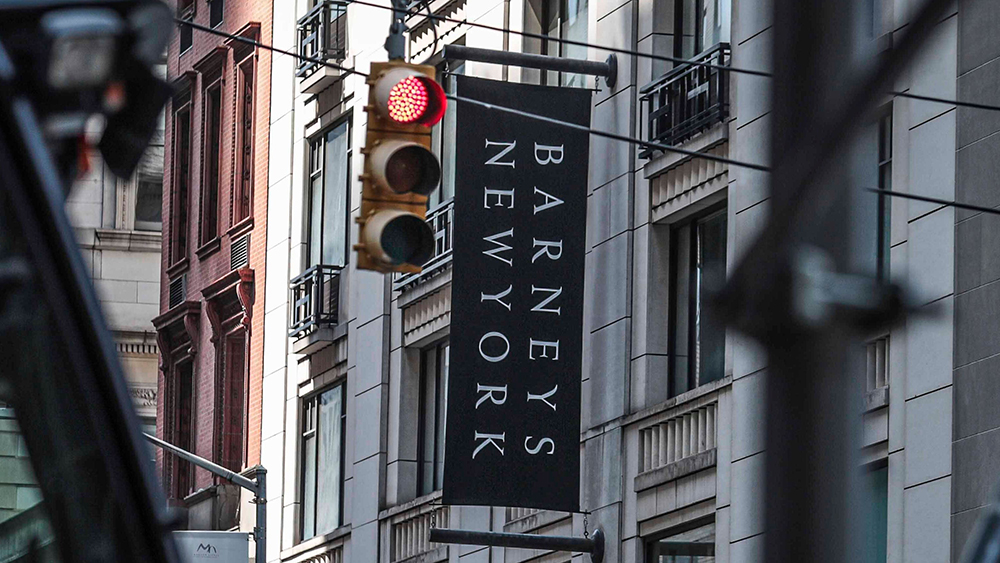 Here’s what everyone knows now: on Friday, Authentic Brands Group and B. Riley officially took control of the iconic New York landmark Barneys, after buying the business for $271.4 million. The firms plan to liquidate the remaining inventory (a sales event started this week with initial discounts between 5 and 20 percent off, which promises to make MMA cage fights look like a little girl’s slumber party).

To devoted fashionistas, the demise of Barneys has been a blow almost comparable to hearing that David Bowie died again, or watching someone chain saw a Steinway in half to use the wood for a bonfire.

The significance of Barneys as a luxury retail superpower has long been far more than the sum of its parts, from its healthy Rick Owens and Dries Van Noten collections to the blood sport of its annual shoe sale. If you had the money, Barneys was one of the three B’s of the classic New York City shopping mecca (with Bergdorf and Bendel).  If you were lean on funds, it was where you bought signature garments that you saved up for and wore until they rotted off your body, or invested in Italian leather shoes that didn’t chew up your feet in summer.

If you had no money at all, Barneys was a fashion museum you visited for the pleasure of looking deeply at everything, feeling the intelligent hum on every floor and learning the season’s hippest silhouettes in order to have bigger dreams for your closet.

What you were really buying at Barneys was a golden ticket to feeling part of the overall mood of the place. That mood was created as much by the clothes on its racks as by the geniuses who worked there—and, in particular, its creative director turned creative ambassador at large, Simon Doonan.

Robb Report reached out to Barneys PR director Tomm Miller to ask about Doonan’s fate, and received an understandably terse reply confirming that Authentic Brands Group would be “letting go of all of corporate.”

Just as the Wonka factory’s personality was Willy’s, Barneys at its best (previous to 2010, when Doonan’s direct influence was tamped down into the “more ambassadorial” role) was an empire in delirious thrall to his savvy whims.

Like Wonka, Doonan is an artist who contains worlds of pure imagination. In Barneys’ heydey, the inventory was special and exciting, and you felt a direct transmission of his energy; his wit, whimsy, ride-or-die fabulousness and broad-minded, egalitarian sweetness informed and carbonated the entire store’s personality.

Shopping for anything—even a single lipstick—made you feel whipped up into a larger intellectual pool that valued not just designers but art, music, current events and humor. (Barneys’ ad copy used to be written by the late, great Glenn O’Brien, the punk-rock gentleman playboy whose various gigs included beloved editorial tenures at Interview and GQ.) Such a charismatic, ephemeral geist is rarer than rubies, but it can’t be represented on a spreadsheet.

The online market now has largely overwhelmed brick-and-mortar retail establishments. Direction guided by singular artists like Doonan has been abandoned in favor of data-driven models that follow customer purchases and reaffirm them in an inane loop of confirmation bias—with no one leading or daring to be a style czar that recognizes, edits and promotes new trends.

There are rumors about trying to keep the soul of Barneys alive. Apparently, its formal rival, Saks Fifth Avenue, is planning to devote a corner to a little Barneys store-within-a-store (but this just brings to mind the brutal fate of other stores-within-stores, like Joe Fresh, may he rest).

Barneys now is another brilliant rock legend in the graveyard, along with Prince and Leonard Cohen, or CBGB (which is still a John Varvatos storefront). Like the former rock venue, Barneys may be remembered through memorial T-shirts, but its spirit, its funk, its exceptionalism died of having its rent jacked up unto death.

I’ve long been on a soapbox decrying the encroachment of predatory capitalism and the witless, data-driven ways of corporate authoritarianism. The horror of this economy is that human qualities like humor, wit, fun, intellect and character—qualities that were historically prized by society—are now quaintly out of date. They have been devalued, and are being carted off to landfill.

What is mostly lost, when a one-in-a-zillion venue like Barneys evaporates, is the expertise of the staff—the library of detail that requires experience to appreciate: the feel of Sea Island cotton or worsted Super-150’s suiting; the knowledge a sales team needs to recognize what kind of cut will hide your flaws, and the tailoring that makes it snap to.

Just because there is no price tag on a spirit does not mean it has no value. If we recognize a fashion Tinkerbell in our midst, it is our solemn duty to clap for her, or she will die. Otherwise, we may as well be assigned one self-cleaning beige jumpsuit every 20 years.

Niel Kraft, who ran Barneys’ internal ad agency in the 1980s, told The Cut in October:

“I think people are trying to save a dream that was amazing at one point but that’s not valid anymore… I want it to be valid because I want to live in that world. But it’s not.”

Hug your cashmere tight. This winter will be dark and full of terrors.