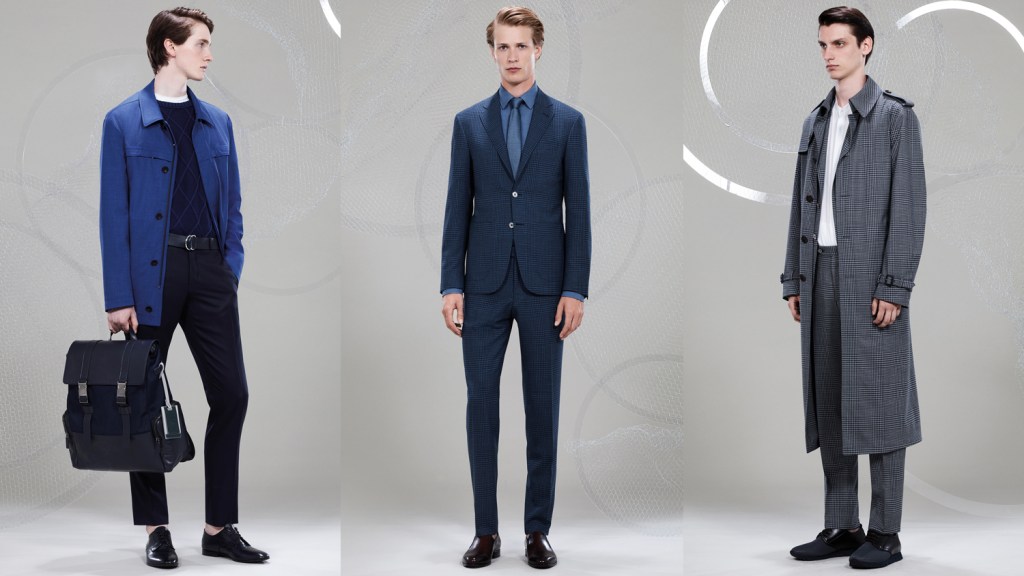 The summer months are quickly approaching—and for the suit-wearing set, it can be hazardous. Navigating steamy subway platforms, long car rides, airplanes, and after-work drinks alfresco isn’t easy when you’re all buttoned up. To rescue wearied suit wearers, Canali developed its Impeccabile line of high-performance fabrics, which debuted last year. Its second iteration, Impeccabile 2.0 recently dropped in stores for spring/summer 2018. Its soft, ultrafine wool measures just 17.5 microns and is twisted many times over for unparalleled elasticity. The fineness of the weave creates a lightweight and breathable fabric, while a special finishing allows the suiting to resist water, stains, and creases. In theory, one could run a marathon in this suiting and still look fresh.

The fabric is available in suiting ($2,650) and outerwear ($2,250). This season, Canali suits were cut in deconstructed, soft tailoring in clean two-button jackets and slim pants. The collection also includes quite a few collarless shirts, and while not in the 2.0 fabric, they still offer a cooler (literally and figuratively) alternative to the collared button-down and tie—and Canali’s styling offers suggestions for how to dress them up for the office. For the traveler, the trenches and car coats will be a must. Their minimalist appeal and roomy silhouette are versatile for every occasion and can be layered over sweaters and suits in cooler climates and can easily fit in a carry-on or weekender without wrinkling.

To illustrate the incredible agility of the Impeccabile 2.0 fabrics, Canali produced a short film titled The Race. The film stars stuntman Chase Armitage and parkour artist Patrick Nodanche running and performing street acrobatics throughout Milan, the countryside in Pavia, and the Aosta Valley in Italy in their Impeccabile 2.0 suits as they brave extreme conditions on their way to work. Going to the office has never looked so fun.