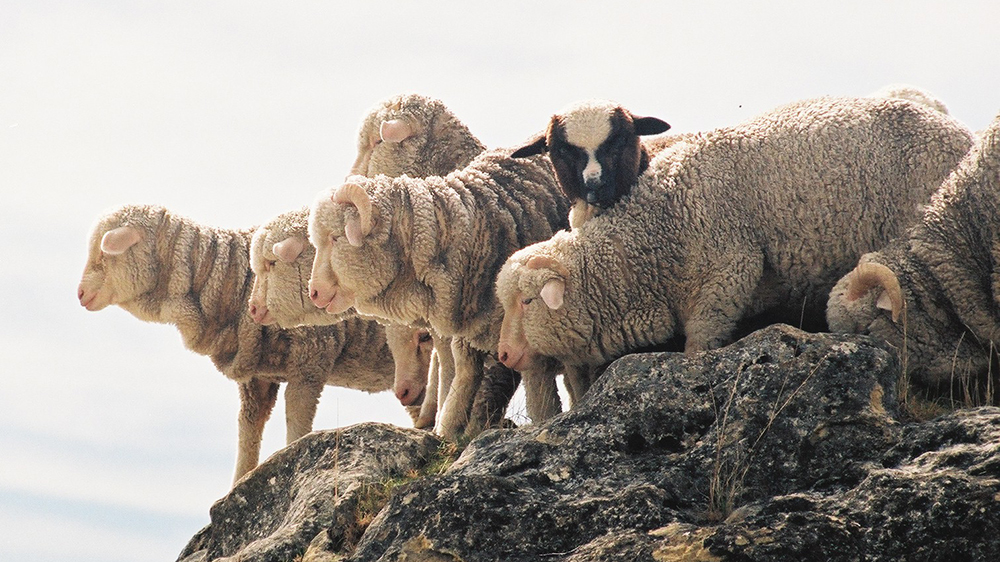 As far as luxury fleeces go, cashmere has the name recognition. But if it’s true exclusivity you’re after, Escorial wool can’t be beat.

It comes from a small flock of sheep found only in Australia and New Zealand, and is prized for its natural elasticity, light weight and superior insulation. These attributes owe to the wool’s short, curly fibers, which allow it to “bounce back” and retain shape while remaining remarkably soft to the touch.

However, there’s a reason we aren’t all draped in Escorial wool 24/7. As Escorial Group chairman Peter Radford explains, it has to do with the wool’s highly specific pedigree.

“Escorial fiber comes from a purebred small sheep that descends from the flock once owned by the king of Spain,” Radford tells Robb Report. “Today, the flocks that supply Escorial are direct descendants of his flock with the same bloodlines and the wool exhibits the same characteristics.”

How said sheep ended up in Australia and New Zealand is a centuries-long saga that spans the Reconquista, the Napoleonic wars and WWII. The flocks are believed to have originated in North Africa in the 14th century and were brought to Spain by the Moors. Following the Moorish defeat at the hands of the Spanish over the next century, the sheep became royal property and were grazed outside of El Escorial Palace in Madrid, earning their name.

Once the advantageous properties of their fleece were recognized, a royal decree forbid the transport of Escorial sheep out of Spain. This held until 1765, when King Charles III gifted 100 Escorial sheep to his cousin the Elector of Saxony. After Napoleon’s invasion of Spain dispersed the royal flocks, the Saxon contingent was the last Escorial flock still standing.

The flock would move again in 1829, when a Scottish woman transported 120 of the choicest animals to Australia. As the Saxon flocks were lost during WWII, all Escorial wool today comes from the descendants of this small contingent and is sourced exclusively by the Escorial Group, which Radford founded in 1998.

Unsurprisingly, Escorial has become a favorite fabric among accessories makers like Joshua Ellis, which for a decade has utilized the wool in its scarves, throws and stoles. And while a longtime preserve of bespoke tailors, it’s more recently been realized in ready-to-wear tailoring by American designer Sid Mashburn.

“The first time I felt it I was like ‘whoa.’ The wool of an Escorial sheep is really made for clothing,” says Mashburn of its advantages in tailoring. “Part of the beauty is that it’s super soft to the touch and has coiled fibers that naturally resist wrinkling. The result is something that is durable and elegant at the same time.”

Fittingly for its provenance, Mashburn employed the wool in his Kincaid Model No. 4 suit and jacket—the highest level of make his eponymous label offers.

“Because it’s a finer wool, and the jacket (or at least our jacket) really has a traditional, or sartorial construction… it requires more handwork from an experienced tailor—who has spent years working with higher quality materials,” Mashburn says.

And though each product is offered at a higher price point than the label’s existing tailoring, Mashburn says that his clients appreciate the premium.

“We’ve had a couple of guys hop on it, just on the touch alone. It’s more expensive than our typical suit, both in the make and in the fabric itself…  but once a guy tries it on, it’s easy to understand its appeal,” he says.

As you might expect, the raw wool requires a specialized manufacturing process to be turned into fabric, which is carried out by the Escorial Group’s partners in Italy and the UK. But for all that special treatment, Radford says that it’s remarkably resilient and easy to care for, pointing to an Escorial wool Brioni jacket that he’s owned since 1998 and simply brushes once every few months.

“An Escorial garment is a fantastic investment as it lasts so long,” he continues. “It is sustainable luxury at its best.”

Here’s hoping that the flocks have another 700 years of history ahead of them.