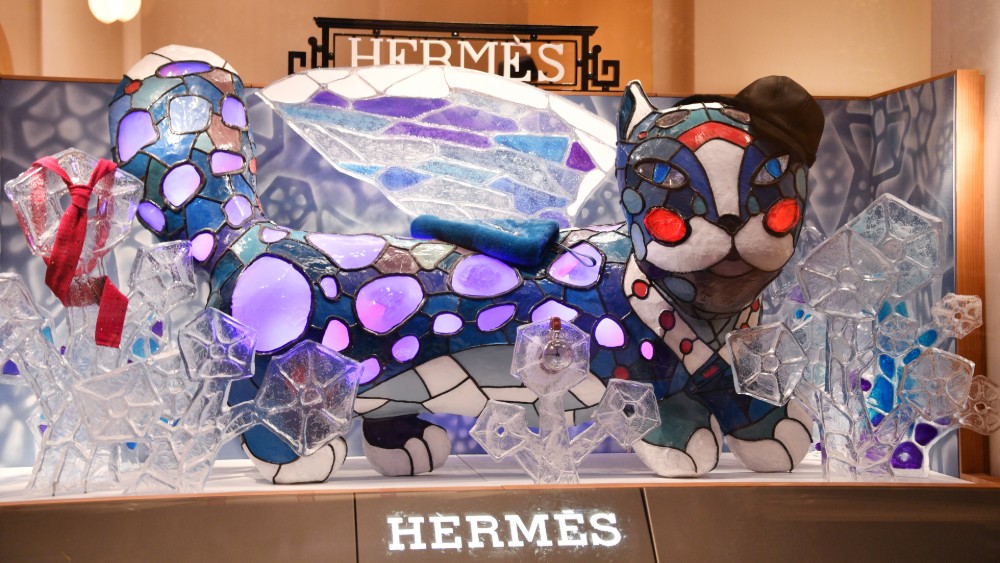 Global brands from Nike to FedEx and UPS have been cutting ties with Russia since Vladimir Putin invaded Ukraine on February 24, and on Friday a wide assortment of status labels announced that they, too, would be closing their locations in Moscow and the country’s other cosmopolitan cities.

Hermès was among the first houses to take the action, confirming on its LinkedIn page early Friday morning that it was closing its three stores in Moscow. “Deeply concerned by the situation in Europe at this time, it’s with regret that we have taken the decision to temporarily close our stores in Russia and pause all our commercial activities from March the 4th evening. We will continue to stand by our local teams,” read the company’s statement. A planned location in St. Petersburg also has been postponed, a spokesperson confirmed to Reuters.

Other brands quickly followed, including Chanel, which owns 17 stores in Russia. “Given our increasing concerns about the current situation, the growing uncertainty and the complexity to operate, Chanel decided to temporarily pause its business in Russia,” the Paris-based company said in a statement. “We will no longer deliver into Russia, we will close our boutiques and we already suspended our e-commerce. The safety of our employees is our priority, and we remain closely connected to our local teams whom we will continue to support.”

A Chanel boutique near the Bolshoi Theatre in Moscow.  Associated Press

By Friday afternoon, three leading fashion conglomerates—Kering, LVMH and Richemont—had joined the closures, effectively shuttering the Russian boutiques of more than 100 luxury-focused brands, which include Gucci, Balenciaga and Brioni at Kering; Louis Vuitton, Givenchy, Christian Dior and Tiffany & Co. at LVMH; and Cartier, Van Cleef & Arpels and Jaeger-LeCoultre from Richemont. “Due to growing concerns regarding the current situation in Europe, Kering is temporarily closing its stores in Russia for its Houses that the Group operates directly in the country,” Kering posted on its Instagram account. “Kering and its Houses will continue to support the local teams and to closely monitor the evolving situation.” Swatch Group, meanwhile, owner of brands like Harry Winston, Omega, Blancpain and Breguet, confirmed to Robb Report that they were putting their exports to Russia on hold.

LVMH represents the largest retail stake in Russia among luxury labels, with 124 stores across its brands located in Moscow, St. Petersburg and Yekaterinburg, located roughly 1,800 kilometers east of the country’s capital. An LVMH spokesperson confirmed to Reuters that its 3,500 Russia-based employees would continue to receive their salary and benefits during the closures.

In addition to shuttering their boutiques, many luxury brands have also been donating to a variety of relief efforts. On Wednesday evening, LVMH announced that it was contributing €5 million ($5.46 million) to the International Committee of the Red Cross to assist with relief and refugee efforts, while Louis Vuitton followed up with a donation of €1 million ($1.1 million) to UNICEF and encouraged its clients to do the same. Michael Kors, who is deeply active in God’s Love We Deliver, the New York-based organization dedicated to providing home-delivered meals to anyone who is food-insecure, announced that his Capri Holdings, owner of his eponymous brand as well as Versace and Jimmy Choo, would be making a donation to the United Nations World Food Programme.

On Thursday, The Armani Group confirmed to Robb Report that it was donating €500,000 ($546,000) to the United Nations High Commissioner for Refugees (UNHCR), a UN agency dedicated to assisting and protecting anyone forced to flee their home due to war or persecution. The Armani Group added that it would be donating clothing that will be distributed through the Community of Sant’Egidio, a Rome-based Catholic association that has been active in Ukraine’s capital city of Kyiv.

Chanel also confirmed on Thursday that it was donating €2 million ($2.18 million) to two relief organizations: UNHCR and CARE, the Geneva-based humanitarian agency. The fashion house also noted that its foundation would work with local partners on assisting women and children with both immediate and long-term needs and was also putting mechanisms in place so its employees could make their own financial contributions to refugee support. “As the House of Chanel, we are one community, and together we continue to believe in diplomatic efforts and hope for an immediate and peaceful resolution of this conflict,” the statement added.