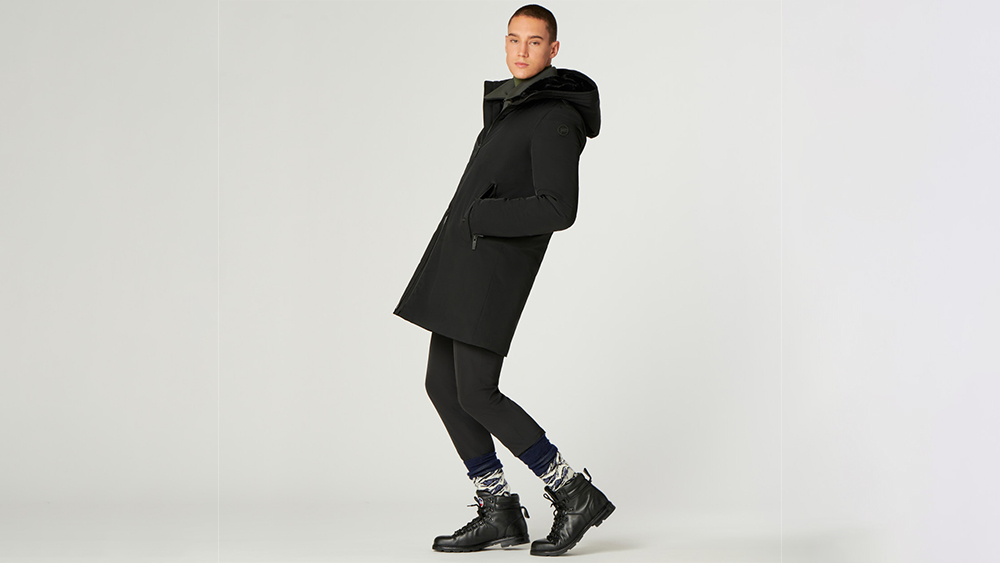 With its stretchable fabric, ample pockets and high-performance lamination designed to withstand extreme weather, Fusalp’s Gezi coat could be considered the perfect outerwear for skiing in Aspen or St Moritz. However, you’re more likely to see it on the streets of Tribeca, Chelsea or St. Germain. This is Fusalp’s most popular model and the reason the French outerwear brand is quietly becoming the style-setter’s winter coat of choice. Just like Orlebar Brown made its name with the crossover trunk, which can be worn as both shorts and swimming attire, Fusalp’s edge is creating highly technical jackets suited to both the city and the slopes.

Founded in Annecy, France in 1952, Fusalp was a successful purveyor of ski gear but was on the verge of collapse by 1984. Along came white knight Alexandre Fauvet, a veteran of Lacoste, to rescue the ailing brand. “I saw a space in this market for initially technical products that actually look good,” Fauvet says. “I liked the idea of mixing up technicality with style and creativity.”

He remembered the brand from the ski trips of his youth but wanted to create pieces that went beyond the Alps. With the collection divided into ski and urban wear, there are now two collections per year and 48 stand-alone stores (with the first US outpost opening in New York later this year). The price point is high (jackets range from $1,000 to $1,800) but the materials are premium: soft shell from Switzerland, high-tech nylon from Japan and Korea, constructed by skilled pattern makers from Italy. Throughout, there’s a focus on innovative fabrics and elevated design (including last year’s sold-out collaboration with Chloé).

The pandemic forced an even stronger push into crossover wear. “Due to the crisis, nobody could ski,” Fauvet says, explaining the origins of Fusalp’s ready-to-wear made from the same performance fabrics as the brand’s ski parkas. “The coats are expensive so we looked at value, which means something people can wear often, which is obviously contradictory with ski clothes…What would work for a Friday night in Paris or Saturday morning in Chamonix?”

The brand’s best-selling Gezi coat ($1,240) is an exercise in understatement.  Fusalp

Seen gracing the backs of bankers and tech entrepreneurs throughout Europe, Fusalp’s coats have quietly begun taking the limelight away from other style-conscious ski brands. One recent convert is PR executive Katrina Kutchinsky, who says she’s as likely to reach for her Fusalp when walking her dog in London as she is when skiing on vacation. “It’s the most comfortable item of clothing I possess,” Kutchinsky says, noting that the design manages to make a down-filled parka flattering. “The cut is fashion-forward, precise and chic.”

“I think some big names like Moncler are a bit overdone now. If you’re paying that sort of money for skiwear, you don’t want to see it on every high-street,” says Hadrien de Patoul, a Belgian-born, London-based financier and Fusalp fan. “Fusalp is for a slightly more discerning person, and that’s why I like it.”