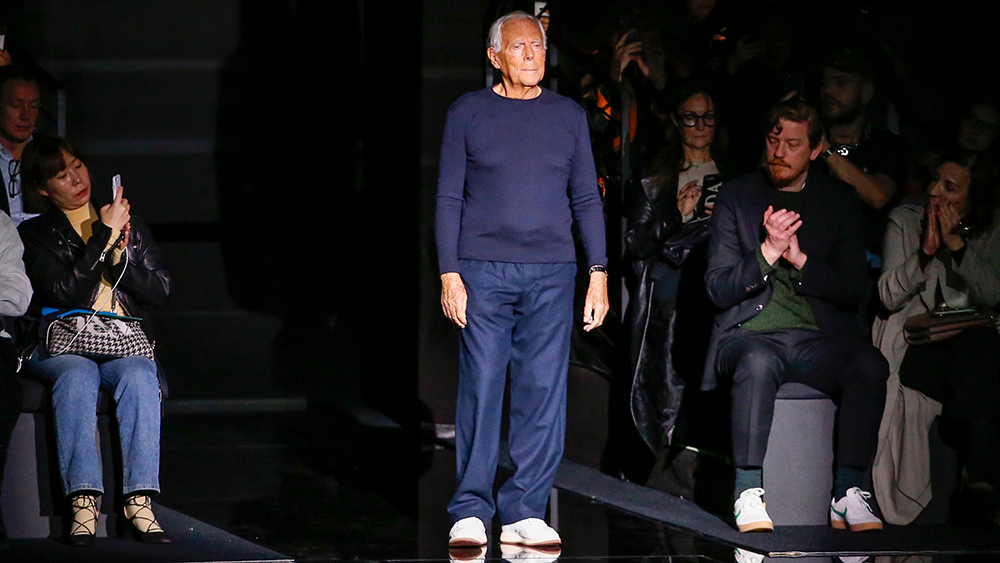 Italy has seen one of the largest coronavirus outbreaks outside of Asia, and the entire country has now been placed under quarantine.  On Monday, Giorgio Armani announced that his group will donate $1.43 million dollars to combat the rapid spread of the virus in his home country.

The Italian designer’s business group is splitting the funds between three Milan-based hospitals and Rome’s Spallanzani hospital, in addition to the Civil Protection Agency, which helps manage emergency events.

The support can’t come fast enough. In barely over two-weeks’ time, the number of COVID-19 cases in Italy has surged to more than 9,000, with at least 450 deaths. Antonio Pesenti, the head of Lombardy’s regional crisis response unit, told Reuters that the area’s health system was “a step away from collapse.” Intensive care units and all other healthcare facilities are straining under the increasing caseload and the diminishing medical supplies needed to treat patients.

For reasons that haven’t yet been identified, Italy is Europe’s coronavirus epicenter, putting the nation into a state of emergency. Over the weekend, the Italian government made the unprecedented move of quarantining roughly 16 million people in the country’s northern region as a way of stemming the disease’s spread. And, as of today, the country has been placed placed under a dramatic total lockdown.

Armani is one of the world’s largest fashion groups and a leader of the Italian fashion industry. The company founded by its namesake designer in 1975 logged revenues of over $2 billion last year alone. It joins several other high-end fashion brands in fighting the outbreak, which has had an enormous impact on just about every business sector, including fashion. Both multi-label fashion conglomerates LVMH and Kering have made donations to fight the virus, as has fellow Italian fashion label Versace.

On top of Armani’s donation to fighting COVID-19, the company is also taking steps internally to reduce the risk of infection among its ranks. The majority of its employees are now working from home, the production facilities that remain open are reportedly operating with as few employees as possible.