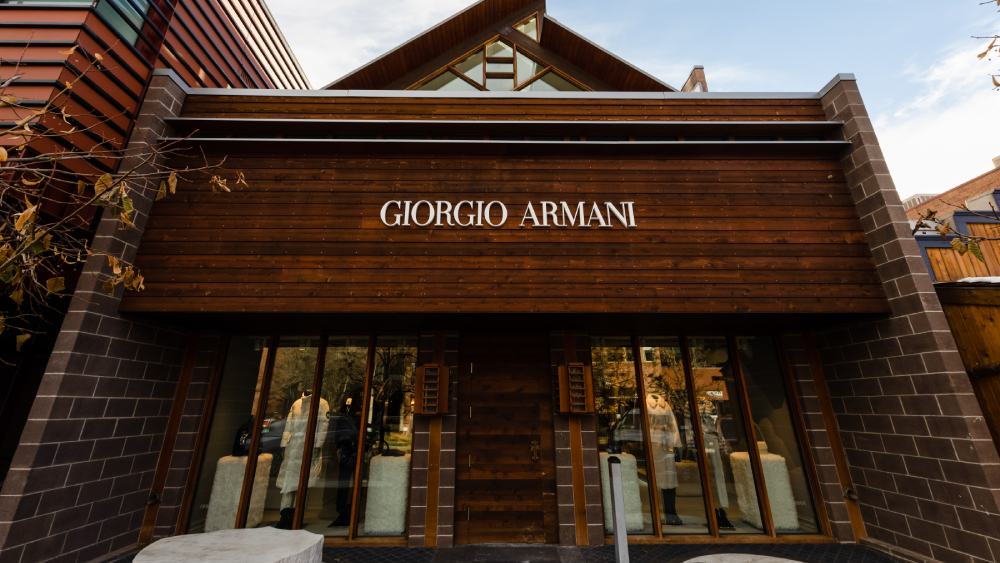 Ski season is rapidly approaching, and if you’re thinking of heading to Aspen to hit the slopes, you’re in luck. Giorgio Armani is opening its first pop-up store in the tony Colorado town and it’s stocked with everything the discerning skier (or apres-skier) needs to clothe and accessorize themselves for the winter.

Opening this week, the shop covers two floors totaling 3,350 square feet of mountain-themed space rendered in wintery shades of light blue and white. Ever on-theme, several of the displays are designed to resemble the area’s many ski lifts.

Though the term pop-up might suggest an offering that’s somewhat slim pickings, that certainly doesn’t apply here. Conceived to showcase the entire tailored vision of the Armani universe, it sells everything from the brand’s ready-to-wear collections for both men and women to high jewelry to home furnishings to ski apparel. In short, you’ll be able to snag a puffer to wear when mountainside during the day and a tux to throw on before heading to a formal dinner at night––all in one place.

Nearly every facet of the store’s interior is designed with a ski theme in mind.  Giorgio Armani

The store has been in the works for some time but its official debut comes at a perilous crossroads for fashion. Just as brands were beginning to demonstrate the first glimmers of recovery from the Covid-induced economic downturn, much of Europe––from the U.K. to Italy––has announced that it is going back into lockdown.

At the pandemic’s outset, the luxury industry was projected to lose $43 billion, a number which seems likely to grow as the outbreak continues to spike. But that didn’t keep Armani from donating millions to combat the virus as it went global and wreaked particular havoc on its native Italy. It’s impossible to say how the newest location will fare, but it just may become the boutique of choice for those who choose to spend the winter sheltering in place in the secluded Colorado town.

You can shop at the exclusive Aspen store now through the end of March 2021. Take a look inside the space below.