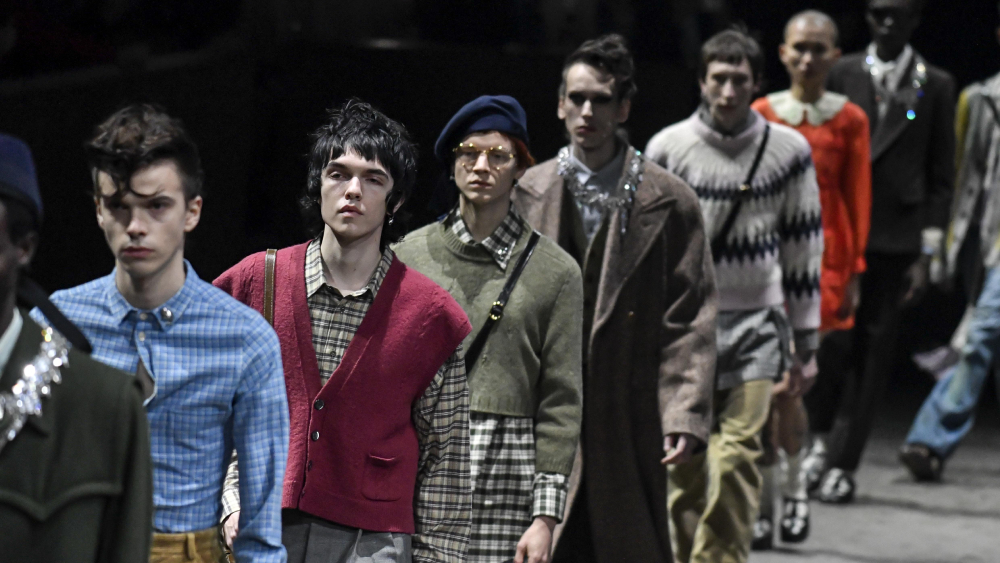 A new day is dawning at Gucci. And it could have massive ramifications for the fashion industry at large.

Over the weekend, creative director of the Florentine luxury brand, Alessandro Michele, announced that major changes for how the house shows and produces its goods are in the works. In an Instagram post, Michele declared that the brand will be cutting down the number of annual presentations from five to just two, and they will be seasonless at that.

“I will abandon the worn-out ritual of seasonalities and shows to regain a new cadence, closer to my expressive call,” Michele wrote. “We will meet just twice a year, to share the chapters of a new story. Irregular, joyful and absolutely free chapters, which will be written blending rules and genres, feeding on new spaces, linguistic codes and communication platforms.” The social media entry is one of six Michele penned, all of which seem to be reflections incited by his current period of self-isolation.

Michele’s announcement comes after a group of important fashion figures––headed by designer Dries Van Noten––penned an open letter urging the global business to reset. Specifically, the letter implored the industry to adjust the store delivery schedule of collections to align with how people shop—that is, having spring and summer clothing actually available during the warm weather months as opposed to the dead of winter as is the current practice. The new rollout model, the letter argued, would be less wasteful and finally end the cycle of steep discounts that have become the bane of nearly every designer brand. Both the Council of Fashion Designers of America and its British counterpart authored similar statements soon after.

A reduction in the number of shows would also represent a tectonic shift, as location-based spectacles have become ubiquitous in fashion, a trend largely popularized by the late Karl Lagerfeld during his tenure at Chanel. Fashion shows also create a sustainability issue, as they reinforce the aggressive production of goods at all costs. Considering Gucci’s industry-leading status, the change could cause other marquee brands to follow suit, altering the industry as we know it.

Saint Laurent, also owned by Kering, made a similar announcement in April in an interview with WWD. However, that label kept details for its strategy vague insisting that it was removing itself from the traditional fashion calendar for this year, but it remains unclear how it plans to operate beyond 2020. Head designer Anthony Vaccarello stated that men’s and women’s collections would continue to be shown separately, an important contrasting detail as the majority of Gucci’s shows are already coed and have been since Michele’s appointment.

Before the coronavirus took a stranglehold on the economy, Gucci was poised to have its best year yet. In 2019, the luxury house’s parent company Kering turned over $17.5 billion with Gucci alone responsible for $10.42 billion of that figure. However, the first quarter of this year saw its sales plunge by 22.4 percent compared to the same period in 2019, something which may be related to the house’s dependence on the East Asian market.