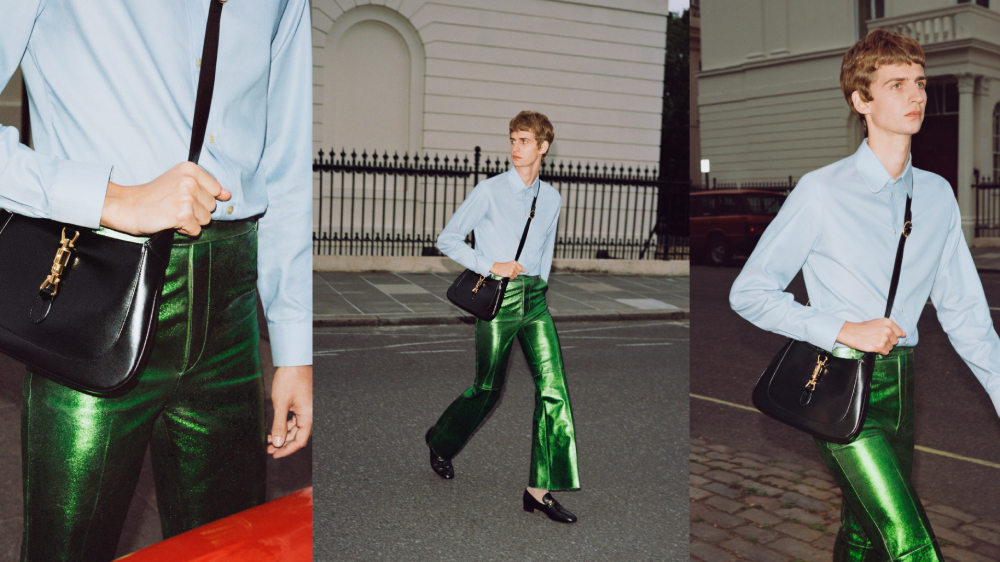 Gucci’s Alessandro Michele started his tenure at the Florentine brand by ditching gender conventions. The star creative director is taking that effort a step further with the launch of Gucci Mx, a new section of the brand’s website that features non-binary and gender-fluid clothing and accessories.

Michele’s Gucci is not the first fashion house to attempt upending the rigid divisions that persist throughout much of the industry, but it is certainly one of the largest and most influential. That only serves to make its impact that much bigger. Beginning with the Pre Fall 2020 season and for every season thereafter, the new section of the brand’s site will play host to pieces not assigned to any specific gender to wear.

Representative of that ideology is Gucci’s Jackie 1961 handbag, which is relaunching under the Mx umbrella. It was first reintroduced during the men’s Fall/Winter 2020 runway show in January with the same bag presented again on the women’s runway only a month later.

The Mx section debuts with the relaunch of the iconic Jackie 1961 handbag.  Courtesy of Gucci

As its name would suggest, it was first created in 1961 where its soft silhouette and streamlined look reflected a decade rebelling against tradition. The style earned the “Jackie” portion of its name after becoming a favorite of former first lady Jacqueline Kennedy Onassis, who was often photographed with the bag slung over her shoulder. This refreshed iteration will be available in three sizes: a mini, small and medium, marking the first time a small version has been available.

But the genderless options don’t stop at accessories. For its first go-around, the brand has curated a wide range of garments it believes can be worn by anyone. Several were photographed by Angelo Pennetta in London for the coordinating campaign art directed by Christopher Simmonds. Options include a daring pair of metallic green trousers with wide, ’70s-esque hems; an oversized suede bomber jacket with just the right amount of slouch; and a selection of blouses with the kind of ruffled detailing Michele has made a signature.

Head over to the brand’s website to take a closer look at all the offerings it has thus far—and don’t be afraid to step out of your comfort zone.