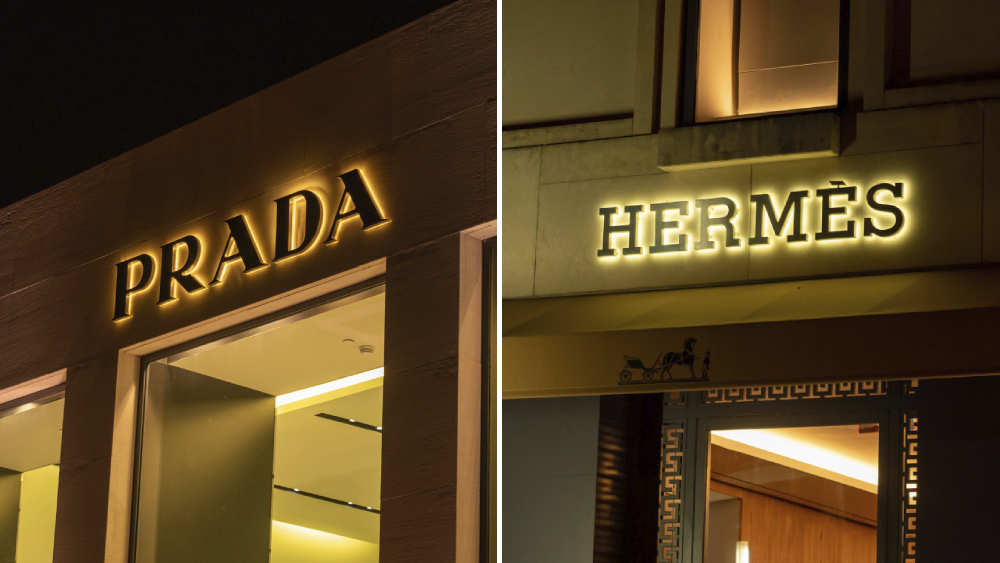 Coming on the heels of news that the US economy posted its worst contraction ever, it seems that even fashion’s biggest and most profitable players are no better off.

Classic Parisian house Hermès and agenda-setting Milanese label Prada both reported serious declines in sales and revenue during their respective second-quarter financial disclosures. For its part, Hermès witnessed a 42 percent plunge in its international sales tally while Prada saw a comparable 40 percent net revenue loss in the three months through June. They join the largest luxury conglomerates, LVMH and Kering, in dramatic downturns spurred on by the Covid-19 pandemic.

Hermès normally struggles with a problem of a more welcome sort—meeting the glut of orders for its prized leather goods. But even the famed Birkin wasn’t enough to prevent the brand from experiencing several hard knocks. The news caused company shares to fall by 2.5 percent, but chairman Axel Dumas insisted in an earnings call the dip is temporary as the heritage label is on the road to recovery.

To bolster his point, Dumas said that Hermès has reopened nearly all of its stores and has hired 300 people––most of whom work on the production end––and that the lockdown allowed the brand to take a closer look at its digital channels where it found new customers. According to Dumas, there were months during the second quarter where nearly all brand revenue came through its digital network with a majority of sales coming from customers who weren’t previously brand patrons. Dumas said the channels offered the brand “additional business more than a transfer.”

Meanwhile, with store closures, a loss of wholesale outlets and the essential elimination of tourist shopping, Prada posted a net revenue decline totaling $1.1 billion. The group––which also owns Miu Mius and Church’s––can usually rely on its deep stable of coveted accessories to get it through difficult patches, but even that didn’t prove enough. Sales declined 32 percent during the lockdown, but, promisingly, rebounded with triple-digit sales growth afterward, the company revealed in its report. During the height of pandemic lockdown, Prada temporarily shuttered 70 percent of its stores, which slashed wholesale by 71 percent.

According to Prada, the Asian market has been crucial for any measure of recovery so far––as is the case with just about every other luxury brand at this point––where it enjoyed double-digit sales growth during June. Hermès’s Asia revenue dropped just 18 percent last quarter compared to a 61 percent slide in Europe.

“The first half of 2020 saw a temporary interruption of our growth trajectory which, in a situation of progressive control of the pandemic, we are confident will gradually resume from the second half of 2020, when our store network will again be fully operational,” said Patrizio Bertelli, Prada Group CEO, in a statement.