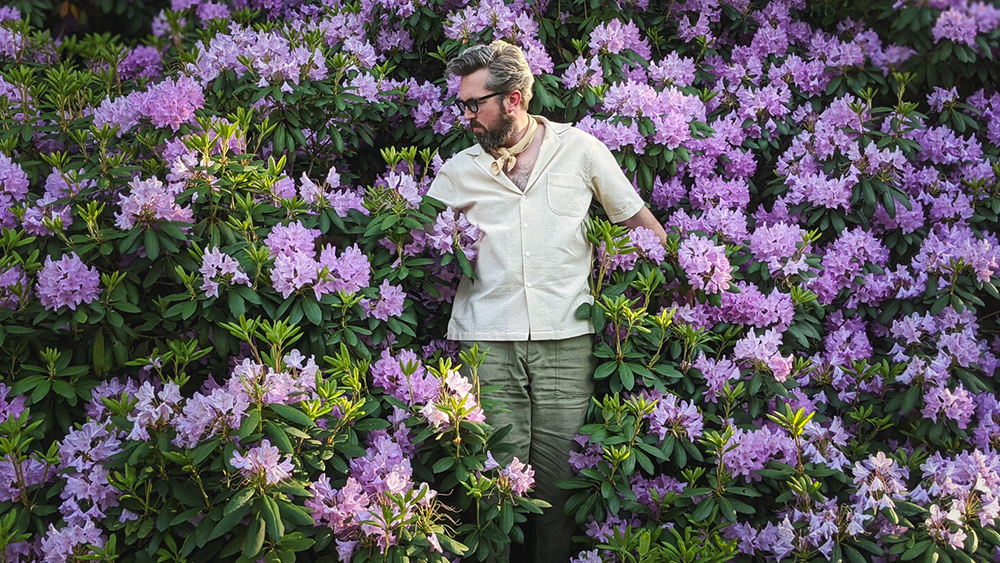 When a tornado struck Nashville in March 2020, it caused over $1.5 billion worth of damage. Among the wreckage was a two-story redbrick house with the name “Herrie” spelled out in lights over the stoop. This was the showroom and workshop for Herrie Son’s eponymous tailoring house, founded in 2013. Windows were broken and the stock inside was destroyed. The shop wouldn’t reopen.

Son had come a long way to Nashville. After studying at NYU, where she met her partner in business and in life, Kyle Komline, she headed to London College of Fashion and dove into the tailoring trade, working at storied Savile Row outfits Welsh and Jefferies and Thom Sweeney, where she learned cutting from Matthew Gonzalez, now an independent tailor and Oxford-educated fashion historian.

Herrie’s Nashville storefront before and after the storm.  Herrie

In Tennessee, Son switched gears working for a Western tailor (and adding rhinestone-setting to her resume) before striking out on her own as a bespoke specialist. Despite her rigorous English training, Son’s style shifted to softer, Italianate construction for the Southern heat and offering casual pieces such as chore coats in linen and tweed for a laid-back American clientele, well before such garments became common in tailoring shops.

When the tornado struck, pandemic restrictions were just coming into effect across the United States, hitting Herrie’s business doubly hard. After a week of cleaning up, the pair headed to a favorite getaway, Montpelier in Komline’s home state of Vermont. Inspired by the New England heritage and craft scene, they decided to settle there and begin again.

Rather than trying to set up an old shop in a new city, the pair transformed Herrie. “We’re making casual clothes now,” Son tells Robb Report. “The new project is rooted in regional craft, regional materials.” This means military pants in sumptuous Italian moleskin and naturally dyed socks and sweaters in earthy red madder. In Montpelier, Son has embraced a mode of working that befits her setting: hand-cut, small-batch clothing, made up in rare and painstakingly selected fabrics, without a suit or formal shirt in sight.

A double-breasted suit from Herrie’s traditionally tailored iteration, and a chore coat from its latest collection ($300).  Herrie

Herrie’s latest capsule collection is made of fabrics from the century-old Bingo Fushi-ori mill in Japan. The shirt is a short-sleeved, seersucker piece, cut in a generous fit reminiscent of mid-century leisurewear. But, it’s finished like the most exquisite English or Neapolitan tailoring, with hand-attached sleeve and handmade buttonholes. Son says with a laugh that they don’t have a working buttonhole machine in Vermont, so there wasn’t much choice.

Alongside the shirt is a square-cut military style overshirt, made up in shimmering, marbled Japanese cotton. The warp and weft are dyed separately, one with natural indigo, the other with persimmon. In a little nod to fate, the labels on both pieces are block printed using bark from a storm-felled tree. There’s also a tote in kasuri-dyed cloth: an indigo cotton that’s knotted before dyeing to create varied patterns with all the complexity of the best denim.

On the face of it, the reinvented brand looks totally different from its first iteration, but its tailoring instincts live on. “There’s a lot of overlap,” Son says of her process. “I’m still chalking all the pieces out.” And she has the same passion for her chosen textiles as a suit-maker who’s just secured a length of vicuña. “Working in small batches, like in bespoke tailoring, makes it possible to use really special cloth.”

As the pair rebuild in Montpelier, they’re also building with timber and stone. Komline, who has been everything from filmmaker to woodworker, is planning to build a workshop and dyeing studio from scratch. And they’re looking to Vermont sheep for a run of truly local wool. “We’ve seen a strong connection between food and nature, but clothes are also a product of agriculture, they’re rooted in the farm,” Komline says. “We want to move more and more towards that connection.”