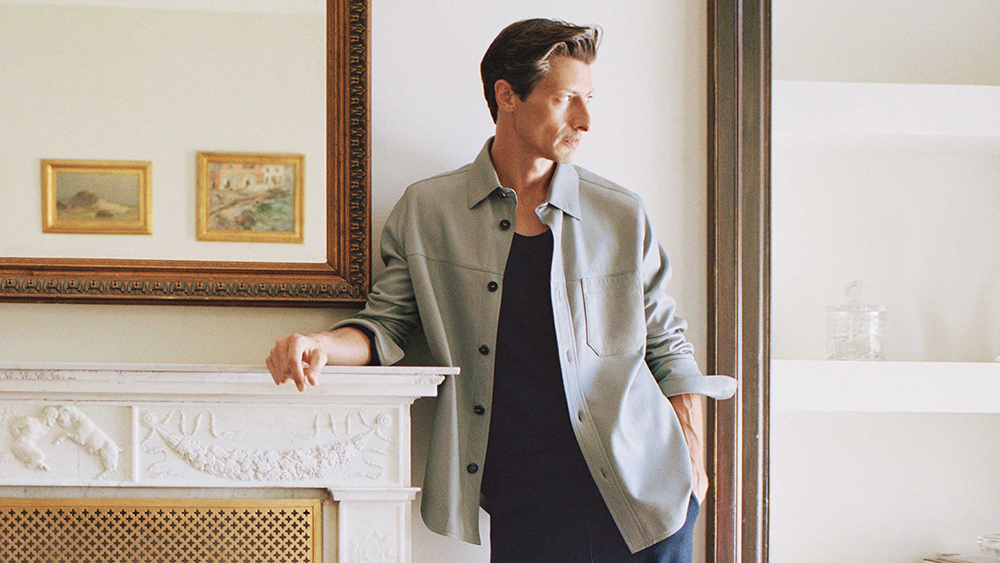 Last March, designers added another question to the long list of queries posed by the pandemic: What will men be wearing next spring? The collections hitting stores this month were first conceived a year ago, when little about the future seemed clear, wardrobe included. Designers have always been fashion’s fortune-tellers, but lockdown was an unprecedented challenge to their skill.

“Einstein stated that in times of difficulty, genius unleashes its creativity,” says Brunello Cucinelli, who cites the early stages of his spring collection, when his team usually travels to gather inspiration, as the most challenging. In lieu of globe-trotting, he looked closer to home, riffing on “the elements that are the basis of the style [we’ve] created over the years.”

The results are quintessential Cucinelli: softly constructed jackets, jeans, cricket sweaters. As it turns out, his breed of casual luxury was perfectly suited to the moment. So too Giorgio Armani’s easy-breezy tailoring and Fear of God’s haute sportswear, two brands that likewise doubled down on their signatures, offering the comfort of the tried and true.

“Fashion is a reflection of the times. I think it would be stupid to say, ‘OK, we’ll just go on like normal,'” says Norbert Stumpfl, Brioni’s design director, who pivoted from the eveningwear-heavy range he’d been planning. “We wanted to incorporate the new way of living.” While Brioni is synonymous with power suiting, Stumpfl focused on what his masters of the universe wear at home, outfitting them in ultra-soft fabrics, workwear-inspired silhouettes and forgiving cuts, to accommodate all those months without the gym. His washed-silk blousons and knit shirts nod to leisurewear, but with more sophistication than sweats.

“The Brioni man was always very powerful, a go-getter. But now we see a different side of him.” Of the pandemic, Stumpfl says “we were all quite vulnerable, and I wanted to show that. That’s a kind of vocabulary that I’m not so afraid of anymore.”

Menswear was already heading toward a gentler vision of masculinity, but 2020 put its foot on the gas. For many designers, this meant shedding the armor and stripping looks to their purest forms. Minimalism is back, without the sharp edges. Miuccia Prada tempered clinical black and gray suits with sugary pastel knits. At Jil Sander, the rigorous tailoring was given human touches like crocheted trim and insouciantly knotted foulards.

Paring back was a pragmatic choice as much as an aesthetic one, with compounding restrictions compelling designers to trim the proverbial fat and do more with less. “It is quite rewarding to hone in on the essential, and to distill, refine, sharpen,” said Hermès’s menswear artistic director, Véronique Nichanian, after presenting her bracingly chic lineup. That process, she said, moved uniformly toward a feeling of “simplicity, nonchalance, lightness.”

The streamlined silhouettes and soothing palette of spring’s best collections make for a calming presence in one’s wardrobe, perhaps the biggest gift designers could have given us. But will this serene mood hold once the pandemic has passed?

Cucinelli points to the former Prince of Wales emerging from W.W. I in sport coats and trousers, where before men had favored morning coats and breeches. The future king’s look was casual for his time but without sacrificing elegance, and set a trend we’re still following today. If history repeats itself, as it reliably does, this spring’s menswear could be a promising fresh start indeed.