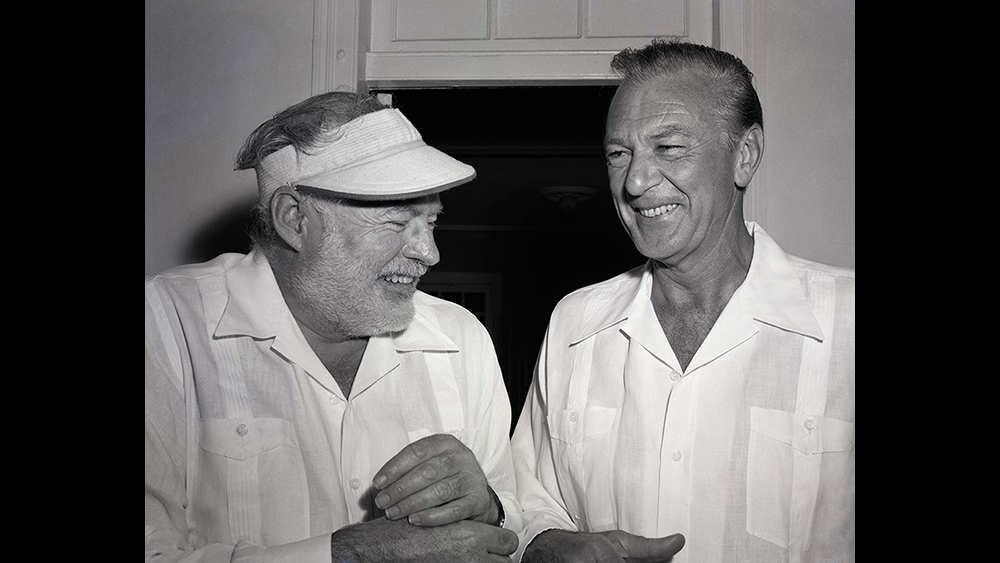 When President John F. Kennedy greeted newly docked arrivals escaping Fidel Castro’s Cuba in 1959, they would have been unlikely to conceive that some years later he would be wearing a shirt similar to the one their ancestors had worn hundreds of years prior. Before Kennedy, Elvis, Chet Baker, or Martin Luther King—long, long before Italians layered them beneath tailoring and took to the Riviera—the camp-collar shirt was a traditional worker’s garment known as the ‘Guayabera’. It just might be the first streetwear item in Western men’s fashion: a traditionally humble piece of workwear that went haute.

Originating in either Mexico or the Philippines, depending who you ask, and scattered around the New World by the Spanish, the Guayabera has been a wardrobe staple in Cuba since the 18th century. It is thanks to Cubans that, to better help farmers endure the heat, the shirt evolved from its historic mandarin collar to the spread camp-collar we recognize today. While most guys now sport the camp-collar shirt for its air of retro glamour, in Cuba it is a symbol of national pride. Many government officials go to work in a Guayabera instead of a suit. It is such a part of the nation’s culture that, in 2010, the Cuban Guayabera—camp-collar and all—was designated as the “Official Formal Dress Garment” of the country.

So, how did this Caribbean worker’s shirt become an emblem of off-duty elegance? Steady immigration might have had something to do with it. As large Cuban communities sprung up in-and-around Miami and New York during the early 20th century, their music and style brought a wave of exotic allure. A slyly rebellious twist on English-style shirting, the Cubans’ Guayabera offered a respite for American men who spent most days at the office in tightly buttoned-up shirts and ties.

It didn’t take long for the camp-collar shirt to shed its Cuban flavor and weave itself into the fabric of mid-century America—first with the working class and later with preppier, country club types, who would pair their piqué versions with tailored trousers and loafers. It became the uniform of sixties celebrities on holiday at Cape Cod and the California coast. It even crossed the pond to jet-set haunts along the Mediterranean (in Europe, the collar was dubbed ‘The Capri’).

“When a T-shirt wasn’t enough, and when a full-button shirt was just too much, there was—and still is—the camp-collar,” says Tony Sylvester, content manager at London-based Timothy Everest, who says the shirt has become their de-facto summer style in recent years. In the nineties and early aughts, aside from bowling enthusiasts and actual boy scouts, the camp-collar disappeared. It became old-fashioned. But with mid-century luxury re-emerging over the past decade (thank you, Mad Men), it has returned as an essential item in a man’s summer wardrobe.

“A lot of our clients are wearing them beneath a lightweight suit in either linen or fresco,” explains Sylvester. “The open collar means the shirt sits where it should, and looks understated under the lapel. But we would even flick it over the lapel for a little Dolce Vita.”

There’s no doubt these new iterations have more to do with Slim Aarons in Portofino than Cuban farmers in the humble Guayabera. Whether linen, cotton, silk, or piqué, there is a camp-collared number to suit everyone. You can follow in Ernest Hemingway and Orson Welles’ footsteps and procure yours from Camisería Burgos, shirt-maker to the Spanish Royal Family, which makes a specimen that is true to the shirt’s Cuban roots. Japanese star and menswear favorite Camoshita offers versions in Ivy League-inspired plaids or retro terry towelling. For brasher colors and Aloha-inspired florals, look to the likes of Acne Studios and Thom Browne. Firm traditionalists can count on Gitman Vintage for shirts with an authentic rockabilly attitude. Evolving with the times while paying its dues to the past, the camp-collared shirt still does what its always done best: keep a man looking, and feeling, cool.