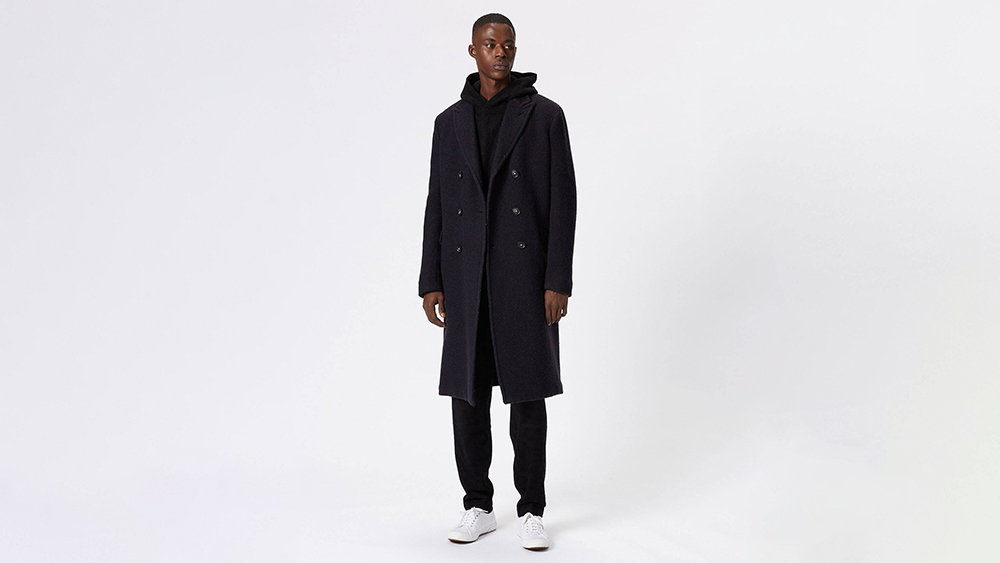 Despite being a chromatic void, the color black (technically a shade, if you want to nitpick) is loaded with connotations. It’s the hue of choice for rockers, bad boys and generally groovy dudes, from Johnny Cash to Sid Vicious, Bob Dylan to Ozzy Osbourne. Also: beatnik intellectuals, art-world galleristi, emo teens and Benedictine monks. In traditional tailoring, though, it’s seldom seen outside of tuxedos; bespoke cutter Paolo Martorano calls it “probably the most controversial menswear color ever.” Thanks to all of these (often contradictory) associations, most guys have learned to approach black with caution.

So it gave me pause when, at a recent consultation, Martorano suggested I commission a black suit—not as evening wear or for a funeral but because, simply, it’s cool. He’s not the only one reassessing the color: Such arbiters of elegance as Hermès and Boglioli proposed head-to-toe black ensembles for fall; ditto Ralph Lauren, who almost exclusively used shades of ebony and ivory. Of course, noir isn’t new—Dior Homme’s waifish black suits were a defining look of the early aughts. They’re also partly responsible for the color’s stigma: Fast-fashion knockoffs “distorted [the look] into clothes that were too tight, cramped and of poor quality,” recalls Nicolas Gabbard of Husbands. “Until recently, I must confess that black had a repulsive effect,” he adds. But Husbands’s latest collection is marked by Serge Gainsbourg–worthy tailoring in jet corduroy and pinstripes. Black, it seems, is finally moving beyond its renegade reputation.

“I don’t think you can pigeonhole it that way,” says Nick Ragosta of Stòffa, which recently incorporated black into its usual palette of dusty neutrals. Recalling a client in his 50s who was debating whether a black leather jacket was “too cool” for him, Ragosta says, “Whereas tight black jeans and pointy black boots might be rock-and-roll, there are sophisticated and more elegant versions of that.”

In a practical sense, black does many things that other hues can’t. “It immediately doesn’t seem very corporate,” says Simon Crompton, the Permanent Style author and classic-menswear aficionado who recently has been sporting more of the shade himself. “Anyone in [a business] environment is going to be wearing navy or gray.” In suits or separates, then, black stands apart from the desk-jockey scrum.

“I think that a lot of men are looking for a black jacket and don’t know they are,” Martorano says. A black blazer can be surprisingly versatile, worn with everything from charcoal flannels to denim to tan cords, while providing a certain chic that standard blue often lacks. “Wearing a navy jacket with jeans,” Martorano observes, “you start to get the whole dad vibe, like a New York banker visiting the Midwest.”

The key is to opt for fabrics with plenty of textural character, such as cashmere, linen or dupioni silk. “When people think of black suits looking cheap, it’s because they can look shiny quite quickly,” Crompton says of designs in basic worsteds. “Put black in, say, flannel or velvet, and all of a sudden it’s very luxurious and deep.” Gabbard suggests choosing a strong, structured silhouette to prevent suits from looking like a “waiter’s uniform.” Both advise that those who aren’t ready to go full Reservoir Dogs start with trousers, knitwear or accessories, such as black suede shoes, which similarly buck the propriety of polished leather oxfords.

Discussing the decision to turn to the dark side, Stòffa’s Agyesh Madan says that, because of the deep shadows it creates when it drapes, moody black “tends to feel a little bit more, for lack of a better word, sexy.” There’s also a subtle punk rebelliousness in casually sporting a hue that’s still associated with the most formal of formal wear—and if there’s one lesson to be learned from music’s best dressed, it’s that such rule breaking is a winning recipe for sartorial sex appeal.